Watch The Brilliant Doc “PressPausePlay” For Free Online, About Creativity In The Digital Revolution

The digital revolution we are watching unfold has resulted in one of the most powerful and transformative leaps of creativity in the history of civilization, but in the new documentary PressPausePlay, the question asked is this: are we leaping forward or backwards?  The following is the film’s synopsis from the documentary’s website:

The digital revolution of the last decade has unleashed creativity and talent in an unprecedented way, with unlimited opportunities. But does democratized culture mean better art or is true talent instead drowned out? This is the question addressed by ‘PressPausePlay’, a documentary film containing interviews with some of the world’s most influential creators of the digital era.

The central role of the artist is one of contribution, but what happens when everyone and their grandmother makes a contribution and the world is flooded with content?  The documentary provides a must-see analysis of where we are with regards to the democratization of culture.  PressPausePlay describes itself as a film about “Hope, Fear, and Digital Culture.”  To these three, I would also add the description “Mandatory Viewing.”  To learn more about the film be sure to visit their website at PressPausePlay.com. Enjoy! 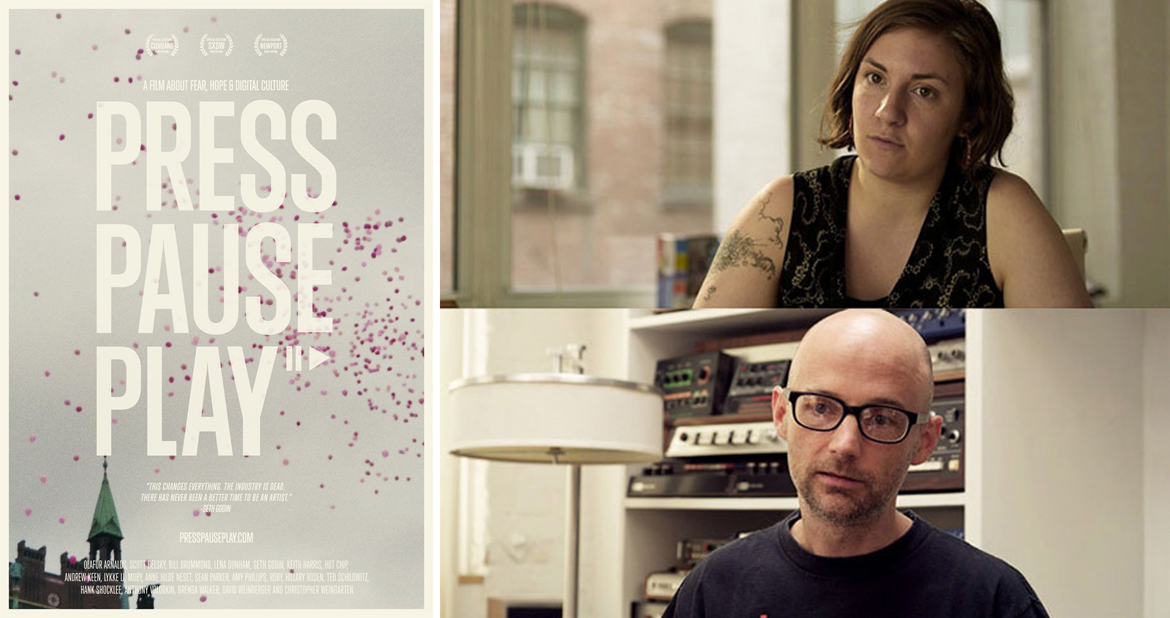 Previous post:
The STAR AXIS In New Mexico Desert Is Both An Observatory And A Sculptural Love Letter To The Heavens Next Post:
Not Yet Worried About The European Economic Crisis? You Will Be After You Watch This