“Intelligent Life” Explores The History And Evolution Of The Word “Awesome”

Intelligent Life magazine recently published an interesting piece on the history of the word “awesome”.  The word didn’t always have such a carefree connotation, reaching all the way back to the very first English versions of the Bible.  Repeatedly in the book, God is referred to as “awesome”.  Nehemiah, Deuteronomy and the Psalms mention “the great and awesome God”, “mighty and awesome”, and ask worshippers to praise his “great and awesome name”. The very first appearance of the word “awesome” in the Oxford English Dictionary occurred in 1598, and was used to describe someone feeling awe rather than someone inspiring it.  The very first recorded use of the word outside of the Bible was from a Scottish Presbyterian sermoniser in 1664 who wrote, “is more awsom than the weight of it.” In order to understand the next big evolution of “awesome”, one must first look closely at the word “terrible”.  Intelligent Life explains:

The King James Bible, published in 1611, does not use “awesome”: God is “terrible” in the passages above. This makes sense, since as Proverbs tells us, “fear of the lord is the beginning of wisdom,” and in those days “terrible” still had a strong connection to “terror”. But over the centuries, “terrible” picked up its now-common meaning, first of “shockingly bad”, and by the early 20th century, just plain “bad”. In modern translations of the Bible, it wouldn’t do to have God described that way. So “awesome” stepped in.

Late 19th century biblical translators couldn’t possibly have known that just under 100 years later — in 1980 to be exact — the word “awesome” would pop up in the bestselling semi-satirical Official Preppy Handbook, a tongue-in-cheek parody of American youth culture: “Definition of ‘awesome’: terrific, great.” And the rest is history, folks.  Almost overnight, this seminal book sent the seeds of “awesome” across North America, and eventually the world. 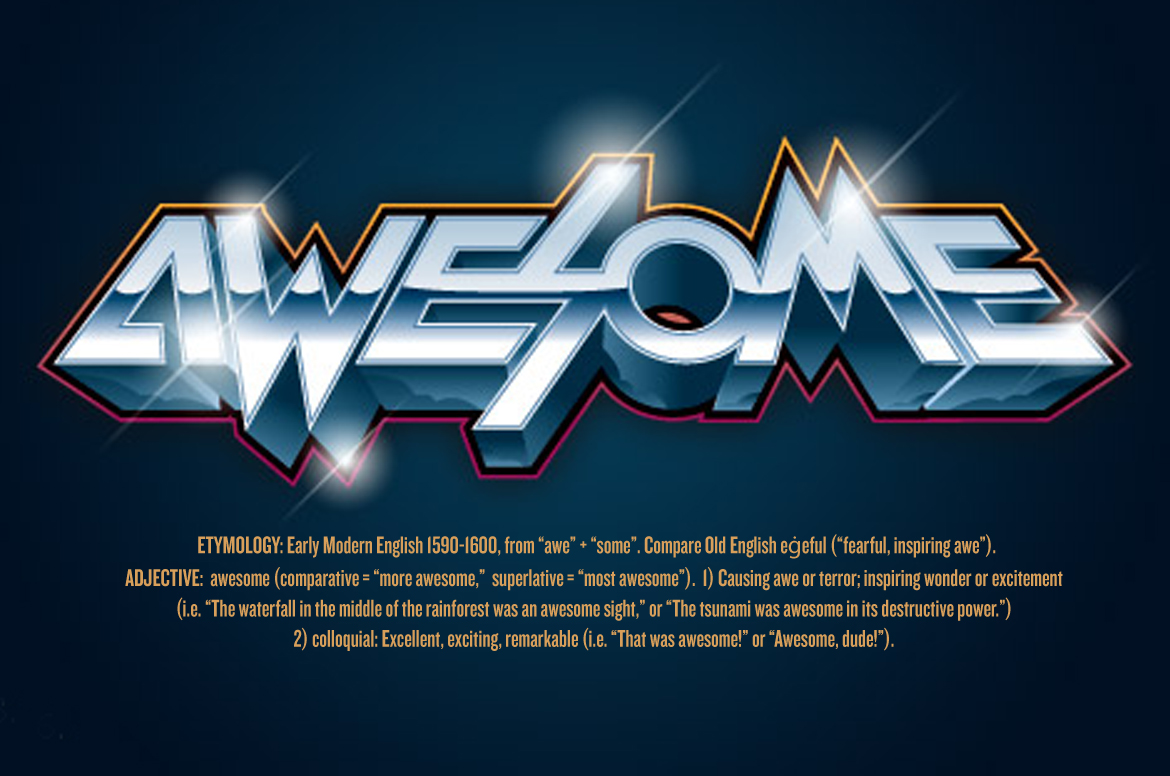 Previous post:
Scientists Fear World’s Deadliest Volcano May Explode, Blacking Out Earth’s 2012 Summer Next Post:
Popular Science Explores The Elusive Mystery “What Is The Point Of The Female Orgasm?”