The Associated Press is reporting that Indonesia’s Mount Tambora is up to no good.  Farmers in the area are notorious for ignoring evacuation warnings associated with the volcano, but when Tambora let out a terrifying, unprecedented rumble recently their feet barely touched the ground as they abandoned their homes almost instantly last month.  Villagers in the area have heard since they were children that their neighboring volcano is responsible for the most devastating volcanic eruption in recorded history which took place in 1815 and killed 90,000 people, turning skies black around the globe.  Because the event took place so long ago it did not make as much news as Krakatoa’s 1883 eruption.  In 1815, news spread by slowboat, and in 1883 the Krakatoa news spread via the recently invented telegraph (the Tambora explosion was 7-times more powerful than Krakatoa).

People here are jittery because of the mountain’s history — and they’re not used to feeling the earth move so violently beneath their feet. Aside from a few minor bursts in steam in the 1960s, the mountain has been quiet for much of the last 200 years. Gede Suantika of the government’s Center for Volcanology said activity first picked up in April, with the volcanic quakes jumping from less than five a month to more than 200. “It also started spewing ash and smoke into the air, sometimes as high as 1,400 meters (4,600 feet),” he said. “That’s something I’ve never seen it do before.”

Tambora was relatively unknown until the late 1980s when ice core samples from Greenland revealed unprecedented concentrations of sulfur dating back to the volcano’s 1816 eruption.  Gases mixed with water vapor to form tiny droplets of acid that persisted in the atmosphere for years afterwards, circling the earth and preventing the sun’s radiation from getting through.  Temperatures crashed worldwide, and the resulting drought led to massive starvation.  Farmers in the northeastern United States reported snow well into July.  Immediately following the Greenland ice core discovery, scientists began studying Tambora in earnest.  You can read the full report courtesy of The Associated Press. 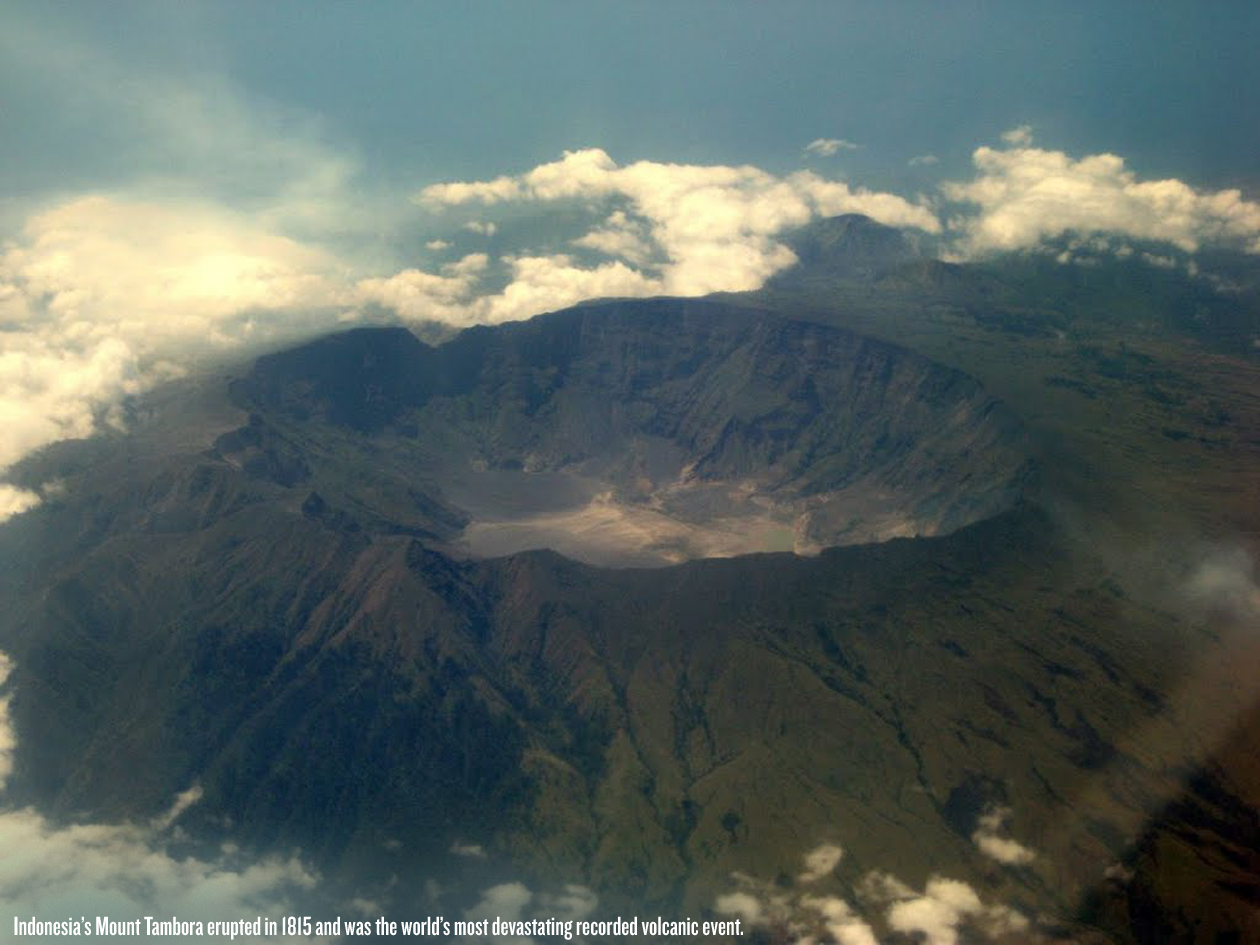