Charlie Sheen Is About To Make An Obscene Amount Of Cash, And Ashton Kutcher Sets “2.5 Men” Ratings Record

TMZ is reporting that the financial compensation package that was recently settled between Charlie Sheen and Warner Brothers came to a staggering total of $25,000,000.  Charlie will be receiving the cheque by the end of September for work that he has already completed on the show.  And if that’s not enough, Charlie can expect a minimum of $100,000,000 over the course of the next ten years from all of the syndication rights he is entitled to.  And Charlie’s not the only one jumping for joy.  Last night’s season premiere of Two and a Half Men, starring Sheen replacement Ashton Kutcher, pulled in an unprecedented 27.7 million viewers. This sets an all-time series record high for the show — an incredible feat considering the fact that 2.5 is beginning its ninth season.  The numbers are unusually high because of all the curiosity generated from Sheen’s meltdown, and questions surrounding how writers and producers would write off Charlie’s character from the series.  Chances are very high that viewers will be tuning in for years to come. 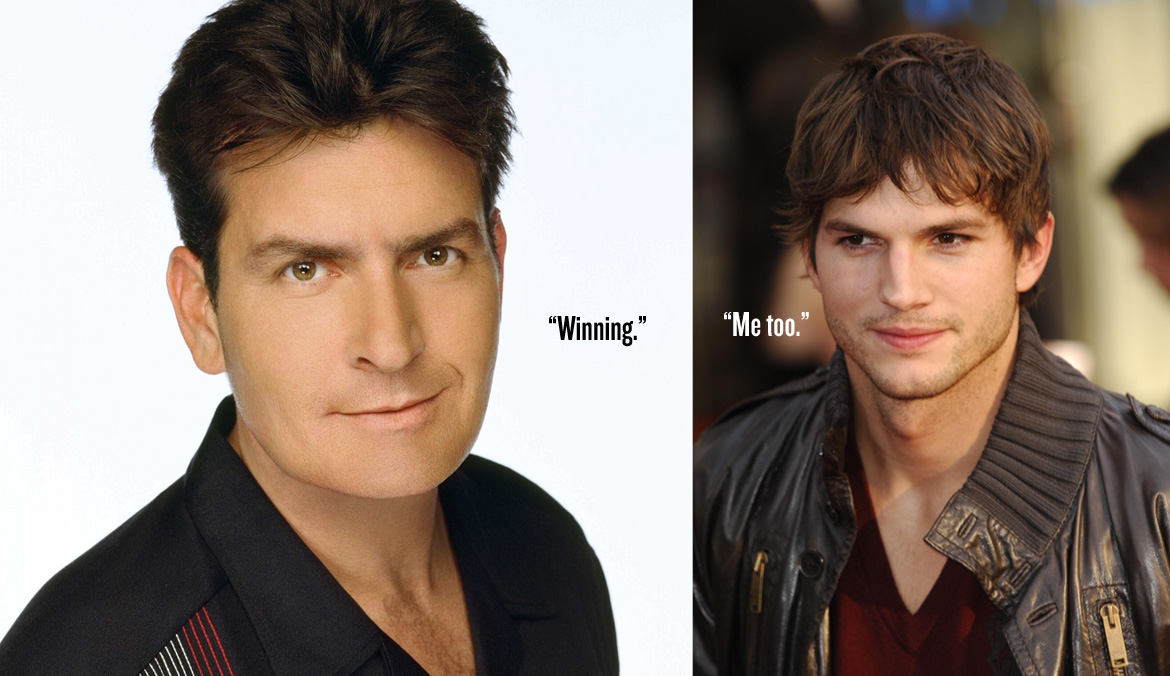 Sources: Dlisted and The Daily Beast

Previous post:
Intellectualizing The Poltergeist For Venice Biennale, And “Ghost Adventures” Season Five Premiere Next Post:
Kings Of Convenience Redefine Simplicity Of Means In Their New Video For “Me In You”