Watch The Terrific “THIS WEEK” Roundtable As They Discuss Jackie O Tapes And Obama vs. JFK

ABC News’ THIS WEEK With Christiane Amanpour had an amazing roundtable discussion this week where they discussed the Jackie O tapes (one of the guests this week was Michael Beschloss, the editor of the new Jackie O book, Jacqueline Kennedy: Historic Conversations on Life with John F. Kennedy — read the FEELguide profile of the book HERE) as well as the always-amazing George Will.  In it, they compare the savoir-faire of JFK vs. the naiveté of President Obama whose weaknesses as a political leader are becoming painfully clear (I love you Obama, but you clearly have no clue what the hell you’re doing).  A definite must watch, and you can check it out below.  And if you head over to ABC News you can also watch Christiane’s terrific interview with Bill Clinton where he gives his views on the current state of the American economy, and his restrained anger with Obama and his handling of the economy.  You can watch the Clinton interview by CLICKING HERE, and watch the brilliant roundtable below. 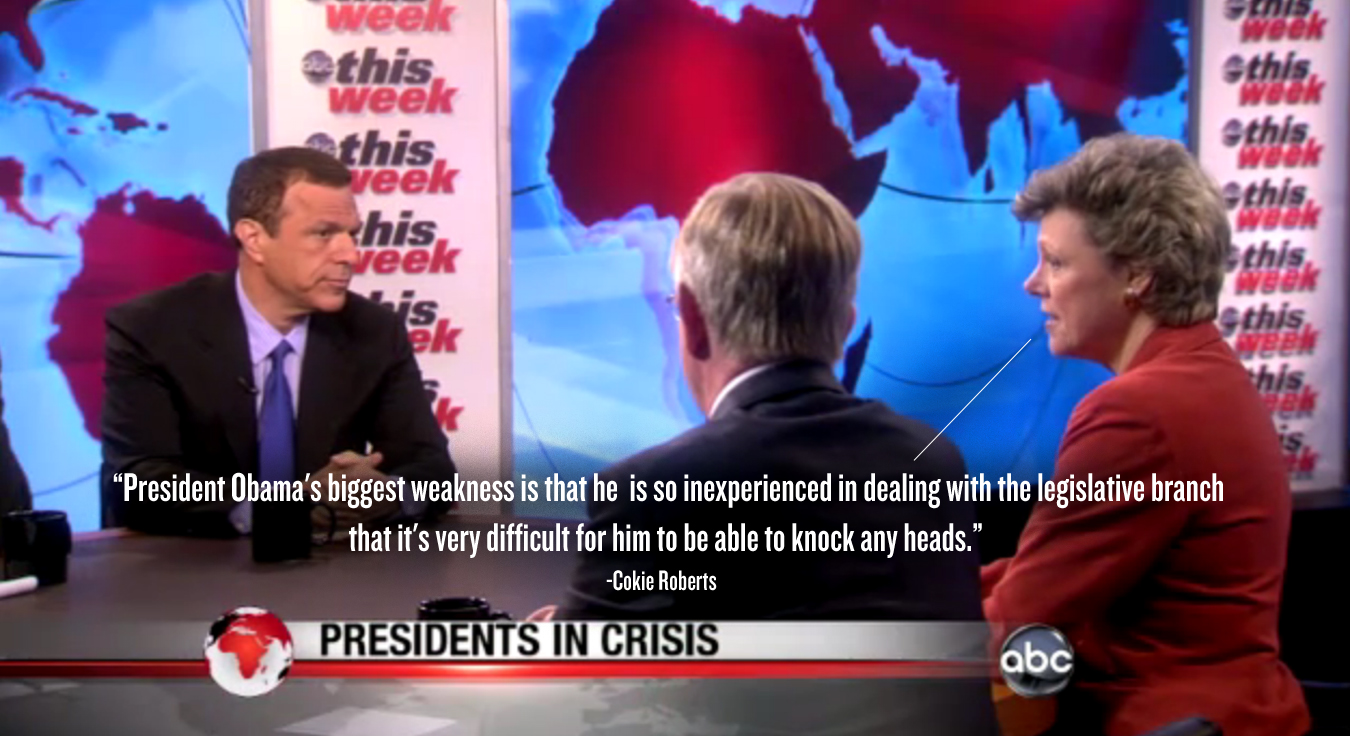 Previous post:
Banner Photo #52 Next Post:
What The Hell Were Terrence Malick And Christian Bale Doing At The Austin City Limits Festival This Weekend?