There’s only one thing “Banner Photo #52” can mean — yes folks, it’s FEELguide’s 1st birthday this coming Friday and I can hardly believe how fast the time has flown.  It seems like just yesterday when I started my little passion project on September 23, 2010 back when I barely had a clue what WordPress or HTML even was.  If there’s one thing I’ve learned from writing this blog it’s the power of expressing one’s thoughts in written journal form.  Thoughts and ideas are very much like little flying creatures fluttering around in the expansive dome of the mind, yet until you catch them in your hand and put them to paper, you haven’t truly examined what they are.  One woman who knows a great deal about writing is Joan Didion, and in a beautiful 1976 essay for The New York Times, she gave some insight into why she writes:

“In many ways writing is the act of saying I, of imposing oneself upon other people, of saying listen to me, see it my way, change your mind. Its an aggressive, even a hostile act. You can disguise its aggressiveness all you want with veils of subordinate clauses and qualifiers and tentative subjunctives, with ellipses and evasions with the whole manner of intimating rather than claiming, of alluding rather than stating but there’s no getting around the fact that setting words on paper is the tactic of a secret bully, an invasion, an imposition of the writers sensibility on the readers most private space.”

If the above is indeed true, I hope my invasion of your private space has been for the better.  A private journal is an incredible means of clarifying one’s own thoughts, but a public journal goes beyond this and enters the realm of sharing one’s own personal space with others.  My continuing evolution of FEELguide is more than just an experiment in self expression and self observance, it’s somewhat of a cross-pollinating device for my own personal discoveries and interpretations.  May the mindblowingness that is the internet continue to blow my pollen seeds as far and wide as it possibly can.  I’ve already seen more things spring to life than I could have ever possibly imagined, and judging from how much I’ve come to love writing and editing FEELguide for you everyday, I plan on working even harder to give you the very best of all things inspired and imaginative for many years to come.  Your continued FEELguide visits mean more to me than you will ever know, and I thank you so much for checking in from time to time as I continue one of the most exciting creative ventures of my entire life.  You’re the best! 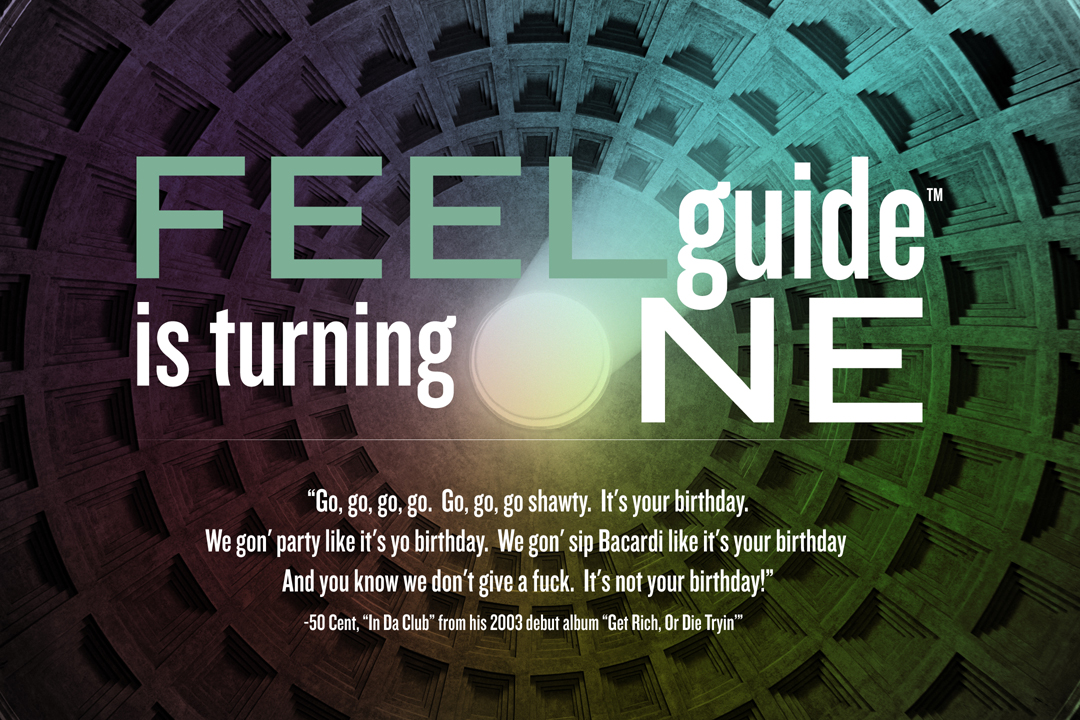 Previous post:
Mysterious 17-Year-Old Boy Emerges In Berlin After Living Five Years In Local Forest Next Post:
Watch The Terrific “THIS WEEK” Roundtable As They Discuss Jackie O Tapes And Obama vs. JFK