“CONTAGION” Is Sickly Brilliant, But Jennifer Ehle’s Performance Is An Absolute Show Stopper

I just got out from seeing Steven Soderbergh’s pandemic thriller CONTAGION and I still have the shakes.  This thing will creep you the fuck out and leave you riddled with anxiety wondering when the next real one is going to strike.  Global pandemics are very much like devastating 9.0+ earthquakes — they’re rare, extremely deadly, and there is 100% chance that as soon as one is over, there will be another one to follow someday in the future.  There’s a great deal of information in this story that the filmmakers needed to convey to the viewer, and I was seriously impressed with how well they handled this.  Scott Z. Burns‘s script is absolutely incredible, which — combined with Soderbergh’s gift as a director — clearly proved irresistible to the impressive A-list cast that jumped onto the project: Kate Winslet, Matt Damon, Marion Cotillard, Jude Law, and many more.  But the one actor who stood out above all the others is the amazingness that is Jennifer Ehle.  I had never heard of Jennifer before seeing this film, but I am officially her number one fan in the entire universe right now.  Every single second she was on screen I could not take my eyes off her.  This woman has more thespian talent in one of her eyelashes than most Hollywood pros have in their entire bodies.  I can’t wait to see what’s in store for Jennifer next because her career is about to go seriously viral (read more about Jennifer’s award-winning career HERE).  Amazingness.   CONTAGION is playing in theaters now, and for more info be sure to visit the film’s website HERE. 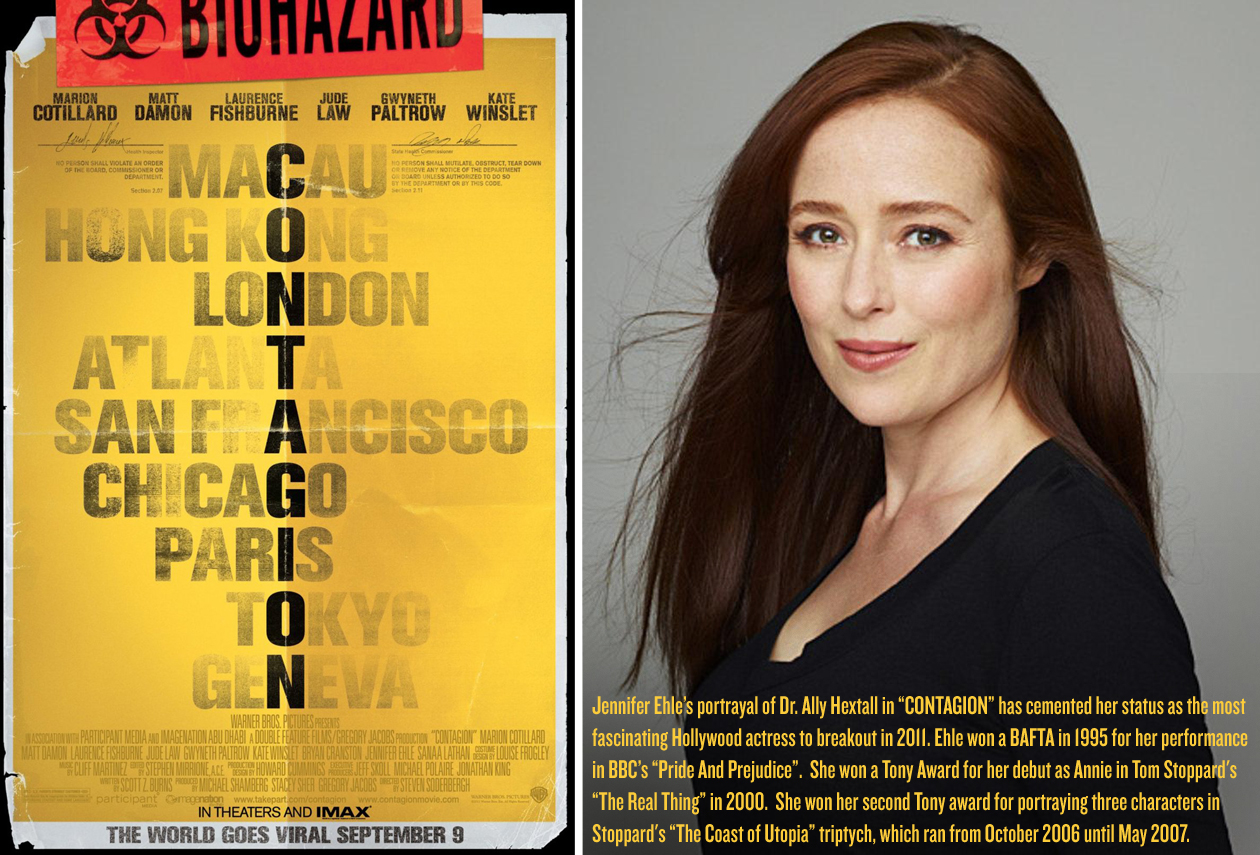