When Sean William Scott exploded on the Hollywood scene in 1999’s American Pie, most everyone knew this guy was a comic genius in the making.  Sean has stolen every single scene he’s ever been in, and his latest smash hit comedy GOON is no exception.  The film is pretty much the most impossible ticket to get at the Toronto International Film Festival, mostly from all of the major buzz it’s been getting over the past few days.  The story centers on Scott’s character of Doug Glatt, who attends a minor league hockey game with his best foul-mouthed buddy played by Jay Baruchel.  Doug eventually gets into a fist fest with one of the hockey players, and a nearby coach is so impressed by bouncer Doug’s fistacuff skills that he sends him to play for the Halifax Highlanders, and the rest is a Hollywood comedy dream come true.

The following is an excerpt from one of the countless glowing TIFF reviews of GOON courtesy of COLLIDER: ‘GOON’ is just the right mix of sweetness, vulgarity, and offbeat humor.  Scott’s breakthrough role was as the uber-jock Stifler in the ‘American Pie’ movies, and it makes sense due to his physique and good looks.  But he’s also got a talent for selling a charming naivety.  He used it to some effect in ‘The Promotion’ but ‘GOON’ makes much better use of that performance.  Because the violence can be absolutely brutal (Dowse knows how to make punches hit so hard that the audience feels it) there needs to be some counterbalance and that’s Scott.  Glatt’s penchant for hitting people could have come off as slightly monstrous but since the character always fights to protect people, to shut up rude people, or within the designated space of a hockey arena, we accept it.  But without Scott’s goofy grin and “Aw, shucks,” demeanor, it may have been a reluctant acceptance.

You can read the full review over at COLLIDER, and keep your eyes peeled for GOON when it hits theaters in the coming months.

UPDATE: THE HOLLYWOOD REPORTER BROKE THE NEWS THAT ‘GOON’ WAS JUST PURCHASED AT TIFF FOR A VERY IMPRESSIVE $2 MILLION BY MAGNOLIA PICTURES’ MAGNET DIVISION. READ MORE BY CLICKING HERE. 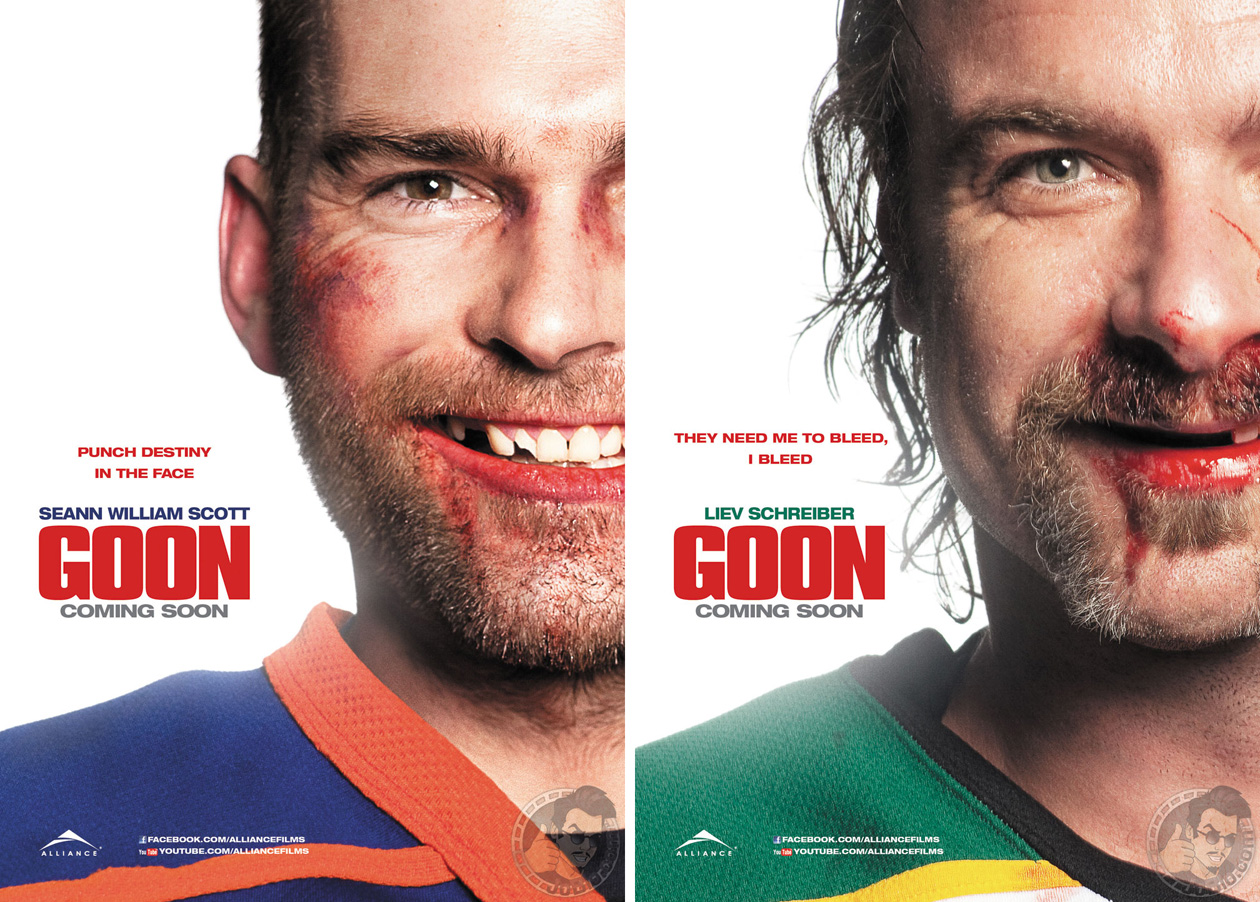 Previous post:
Peugeot Releases Images Of The HX1, Their Latest Staggering Achievement In Concept Car Design Next Post:
Hurry Up And Listen To M83’s Upcoming Album “Hurry Up, We’re Dreaming” Before You Wake Up