In Toronto to promote her thriller We Need To Talk About Kevin at TIFF, Tilda Swinton sat down with The Playlist to talk about her role in Wes Anderson‘s upcoming film Moonrise Kingdom co-starring Bill Murray, Jason Schwartzmann, Bruce Willis, Edward Norton and Frances McDormand.  The film finished shooting just days ago, so she couldn’t spill too many secrets, but the 1960s storyline follows the aftermath of two young children who run away together from a small New England town.  The following is an excerpt from The Playlist interview:

Swinton confirmed that the plot will also follow the grown-ups involved in the search, of which she plays one. “It’s about a community of adults who don’t really know what they’re doing, and I play one of them. She’s the point of authority, she’s social services, and she’s brought in as a sort of last resort, force majeure. And she has a head to head with Bruce Willis, which you can imagine is quite fun.” Indeed, when Swinton says that “she’s social services,” she’s not kidding; the character, described as “a fifty-year-old woman in a blue and white uniform pants-suit with a Salvation Army officer-style hat and a red ribbon tied in a bow around her neck,” is named simply Social Services in the script.

Amazingness.  Anything from Wes Anderson (The Fantastic Mr. Fox, The Royal Tenenbaums) is reason enough to get excited, but with Tilda on board this is going to be taken to a whole other level.  Swinton is currently in the middle of promoting We Need To Talk About Kevin, which critics across the board are calling an unparalleled masterpiece (they also strongly advise partaking in a drink or three after you watch it because it is that intense). The Playlist (which is easily the single most impressive source for all things cinema) was at the Cannes premiere of Kevin and the film blew them away.  Not surprising considering that Tilda Swinton is the greatest living actress of our time.  Wes Anderson’s Moonrise Kingdom is likely to hit theaters in the fall of 2012.  We Need To Talk About Kevin opens on December 2 of this year.   To read the entire TIFF interview with Swinton be sure to visit The Playlist. 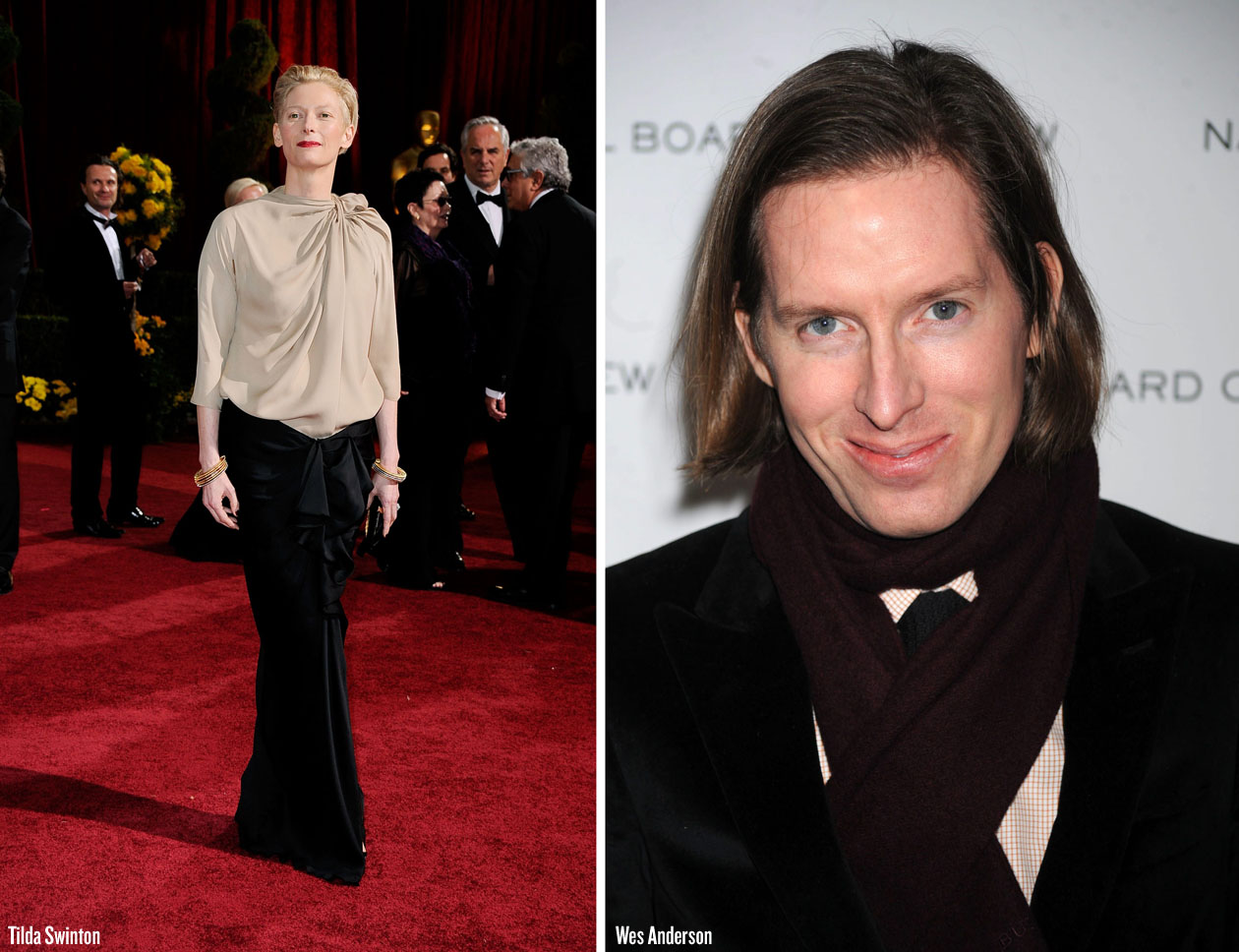