Ghostly International recently gave me the heads up on the brilliant documentary Synth Britannia which follows a generation of post-punk musicians who took the synthesizer from the experimental fringes to the centre of the pop stage.  In the late 1970s, a rising wave of electronic artists including Human League, Daniel Miller and Cabaret Volatire were inspired by Kraftwerk and JG Ballard and gave birth to this new sound against the bleak backdrop of high-rise Britain.  The tipping point came in 1979 when Gary Numan appeared on Top Of The Pops with his group Tubeway Army and their single “Are Friends Electric?” which unleashed synth into the popular music industry.   Four young blokes from Brasildon who went by the name of Depeche Mode would come to own this new sound, while post-punk bands such as Ultravox, Soft Cell, OMD and Yazoo lifted synth out of the underground and onto the front page of Smash Hits. In the early 80s, bands such as Pet Shop Boys and New Order repositioned the direction of electronic music towards dance, and the rest is history, ladies and gentlemen.   Enjoy Synth Britannia below, and for your added listening pleasure I’ve attached one of the greatest examples of synth perfection — OMD’s amaaaaaaaaazing “Enola Gay”. 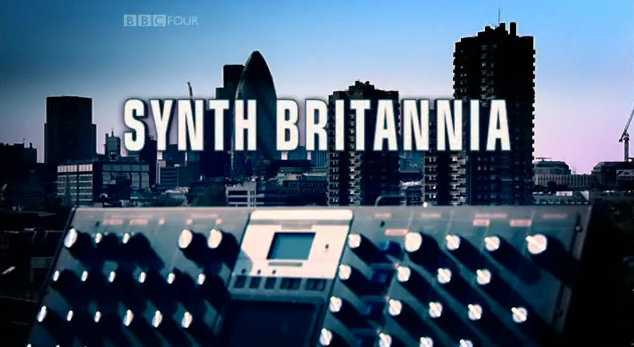 Previous post:
Werner Herzog’s “Into The Abyss” Is A Surreal And Unflinching Analysis Of Capital Punishment Next Post:
Austra’s “The Beast” + 9/11 Thoughts And Memories = Tears Streaming Down My Face