Born in 1957, Hubert Duprat is an artist living in the South of France.  Ever since he was a little boy he was surrounded by trout fishermen whose chosen bait was the caddis fly.  The caddis fly is renowned for its adaptive qualities in that when it comes to building their protective cocoons/sheaths they often assimilate objects from their surrounding environment such as grains of sand, grass, etc.  Duprat gathered several of the caddis flies and Cabinet Magazine explains what happened next:

After collecting the larvae from their normal environments, he relocates them to his studio where he gently removes their own natural cases and then places them in aquaria that he fills with alternative materials from which they can begin to recreate their protective sheaths. He began with only gold spangles but has since also added the kinds of semi-precious and precious stones (including turquoise, opals, lapis lazuli and coral, as well as pearls, rubies, sapphires, and diamonds) seen here.

Duprat observed that not all caddis flies would take to the precious materials, while some seemed to be experts.  Often times after a fly would abandon its sheath after it had fully grown, another larva would move in and start the entire process over again.  Duprat traces his work to 19th century entomologists such as François-Jules Pictet and Jean-Henri Fabre, who both conducted experiments in which structure-building insects were given alternative, non-indigenous materials.  The work raises some interesting theoretical notions of the role of art vs. nature.  In observing the work of Duprat, philosopher Christian Besson noted, “Kant’s distinction between works of art and those of nature leaves us in a quandary. The production of the artifact within nature herself poses a problem—even more so when an aesthetic aspect is involved. Whether the insect is a craftsperson or whether, more generally, nature is a creator of forms, the consideration, within nature, of an aesthetic dimension is the stumbling block of science. Your activity as an artist, upsetting the ordinary ethology of the insect, seems to me to be the same thing as introducing a noise, complicating itsumwelt and producing a response. In your diversion of the caddis worm’s behavior, in your artistic manipulation, the effect is twofold. From a biological viewpoint, a random event triggers self-organization. From a human viewpoint, the experimenter’s intent produces this effect.” To read the full article be sure to visit Cabinet Magazine.   And for more great finds like this simply head over to The Fox Is Black. 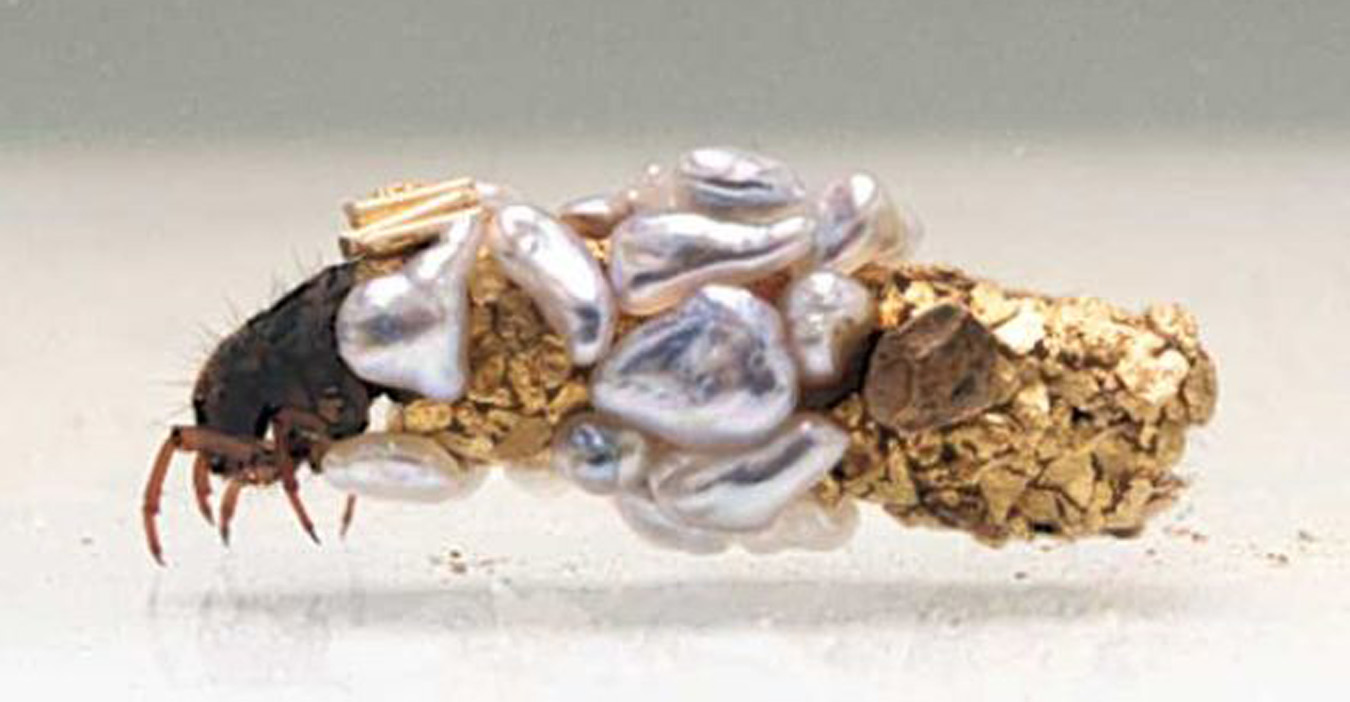 Source: The Fox Is Black and Cabinet Magazine

Previous post:
Listen To The Haunting And Hypnotic Lusciousness Of The Field’s New Song “Then It’s White” Next Post:
Robbie Kaye’s “Beauty And Wisdom” Discovers The Powerful Role Of Hair And Beauty In Lives Of Older Women