About 8 months ago at this year’s Sundance, there was one little movie that took audiences, critics, and executives by storm.  It was Jeff Nichols’ psychological/apocalyptic thriller Take Shelter starring Michael Shannon (Boardwalk Empire, as well as General Zod in the upcoming Man Of Steel) and Jessica Chastain (The Tree Of Life). The story centers on Shannon’s portrayal of Curtis LaForche and his progressively dire visions of what lies just around the corner:

Curtis LaForche lives in a small town in Ohio with his wife, Samantha, and daughter, Hannah, a six-year-old deaf girl. When Curtis begins to have terrifying dreams, he keeps the visions to himself, channeling his anxiety into obsessively building a storm shelter in his backyard. His seemingly inexplicable behavior concerns and confounds those closest to him, but the resulting strain on his marriage and tension within his community can’t compare with Curtis’s privately held fear of what his dreams may truly signify.

When it premiered at Sundance, Take Shelter caught everyone off guard — including the industry.  The film was so exceptional that Sony Classics laid down a whack of cash on securing the distribution rights without even seeing the film.  I saw the trailer for the film last night as part of the Coming Attractions that previewed before SENNA (which you must RUN to see — CLICK HERE to read more about SENNA) and it’s extremely rare to come across a trailer where the critics’ quotes embedded into the 2-minute preview get you just as excited as the preview itself.  More often than not the quotes of praise are coming from white trash such as “Johnnie Buckworth, Weatherman, WCAX TV” or “Martha Sluymers, Smalltown Community News” — with their names and crappy stations in microscopic print, and the words “AMAAAAAAZING!” in 300-point font (I really wish this deceptive nonsense would be outlawed by AMPAS).  The critical laurels for Take Shelter, however, are majorly legit and come from the upper echelon of film critics and include the following:

These days everyone is a critic, but with the big guns all freaking out like this, combined with Sony’s knee jerk Sundance deal, it’s all starting to get me very excited not only for the film, but also for the career of Austin-based director Jeff Nichols.  Nichols (born December 7, 1978) is very much a newcomer, but the early success of this film has already secured him his next big project, MUD, starring Reese Witherspoon and Matthew McConaughey.  Indiewire was one of the first to report on the deal a few weeks ago and gave a sneak peek at the synopsis: “Nichols’ film, which he will direct from an original screenplay, follows the fugitive Mud (McConaughey) who turns to a teenage boy (‘Tree of Life’ actor Tye Sheridan) to help him escape from the law to meet his beloved (Witherspoon). [The film is described] as being in the vein of ‘Stand By Me.'” The script is also being compared to Huckleberry Finn. Nicely done Jeff, and I’m looking forward to watching your career for years to come.  Take Shelter opens on October 7, 2011. 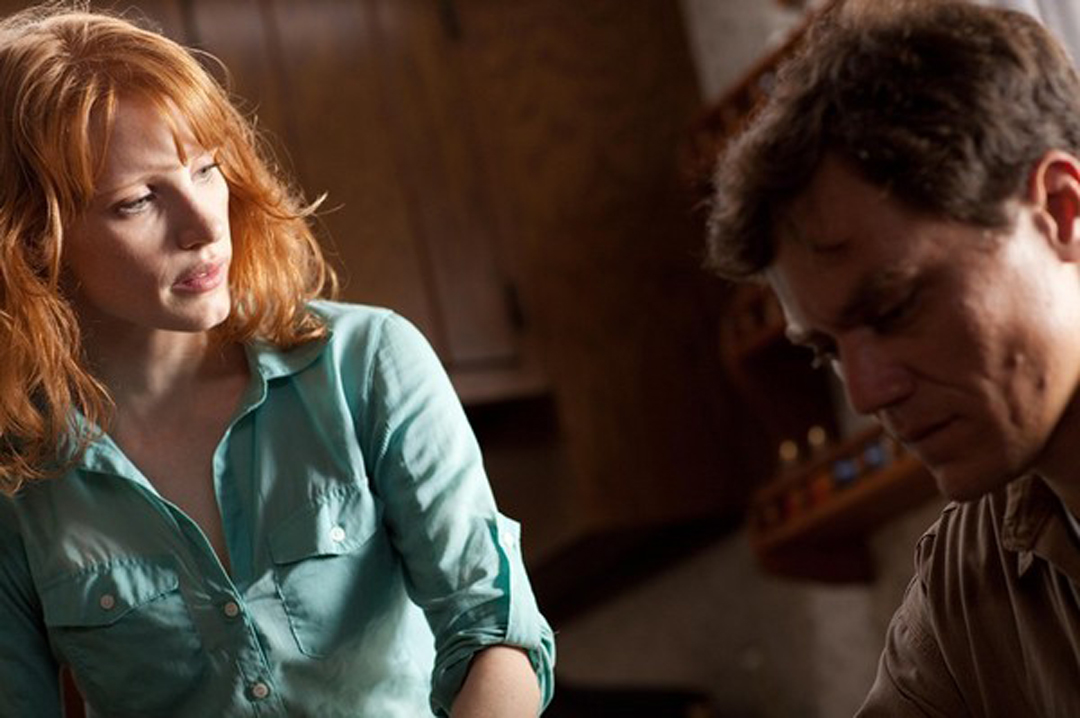 Previous post:
Jimmy Fallon Loses It During Amy Sedaris’s Hilarious Appearance On “Late Night” Next Post:
Bill Clinton Explains To David Letterman How Our Planet Can Finally Get Off Oil