I just found this beautiful time-lapse of a whole night at the ALMA Array Operations Site (AOS), located at 5000 meters altitude on the Chajnantor plateau, in the II Region of Chile.  As the Moon sets at the beginning of the night, three of the first ALMA antennas start tests as part of the ongoing Commissioning and Science Verification process. Because they are pointing at the same target in the sky at any moment, their movements are perfectly synchronized.  As the sky appears to rotate clockwise around the south celestial pole (roughly on the upper left edge of the video), the Milky Way goes down slowly, until it is lying almost horizontal before sunrise. The center of our galaxy becomes visible during the second half of the night as a yellowish bulge crossed by dark lanes in the center of the image, just above the antennas.  The flashes on the ground are the car lights of the guards patrolling at the AOS. ALMA, the Atacama Large Millimeter/submillimeter Array is the largest astronomical project in existence and is a truly global partnership between the scientific communities of East Asia, Europe and North America with Chile. ESO is the European partner in ALMA.

NOTE: AFTER YOU WATCH THIS TIMELAPSE, YOU ABSOLUTELY MUST CLICK HERE FOR THE MOST EXTRAORDINARY FOOTNOTE TO THIS STORY. 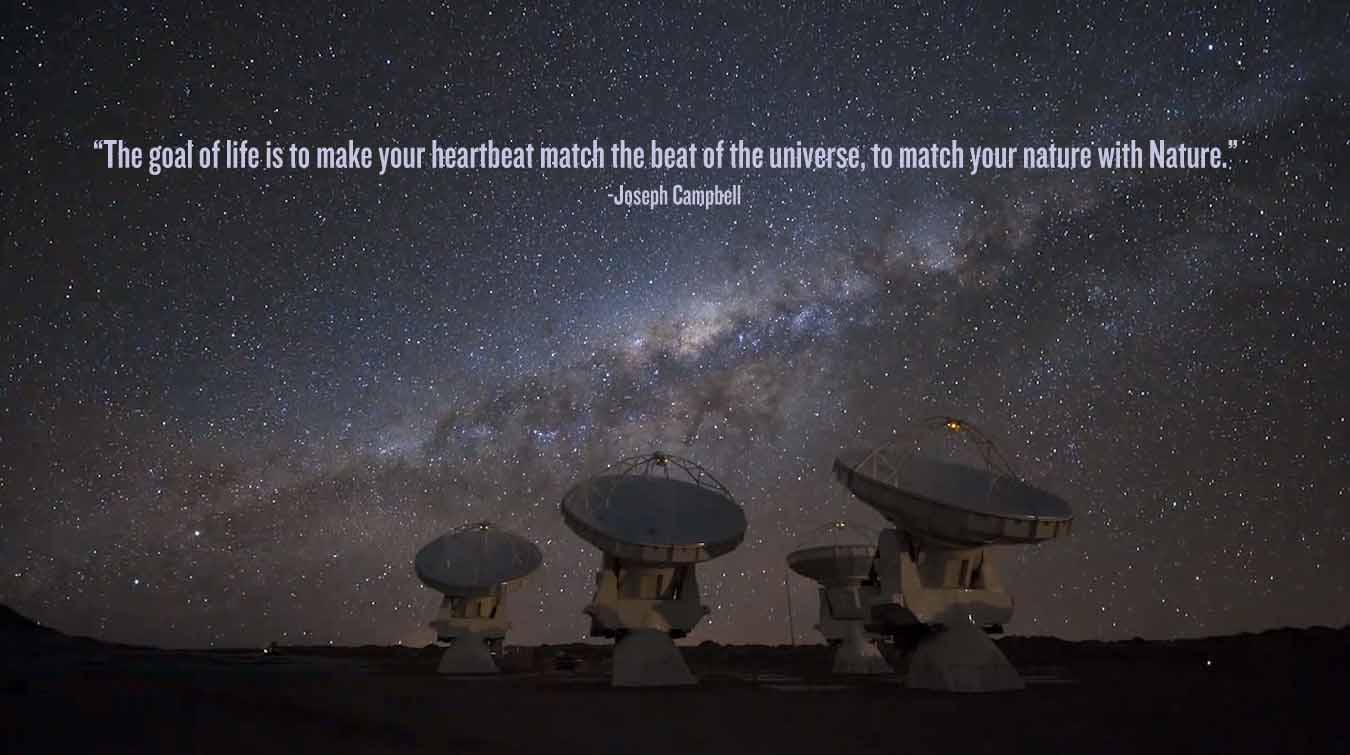