I just found out this weekend that there’s a once-in-a-lifetime Caravaggio exhibition currently underway at the National Gallery of Canada in Ottawa entitled “Caravaggio And His Followers In Rome” and I cannot wait to get over there to see it.  The exhibition is, in fact, a co-venture with the Kimbell Art Museum in Fort Worth, Texas, and runs until September 11 (it began on June 17).   Believe it or not, the show is the first-ever Caravaggio exhibition in Canada, and the second-largest display, ever, of his paintings in North America – a feat bested only by New York’s Metropolitan Museum of Art Caravaggio showcase in 1985 which featured about 35 of his works.

Intriguingly, while there are an estimated 70 paintings authenticated, more or less, as Caravaggios in the world, none is held by any Canadian art institution or private collector. Unsurprisingly, it took four “long and complicated” years for the show’s curators, David Franklin, former deputy director of the NGC, now director of the Cleveland Museum of Art, and Sebastian Schütze, chair of the history department at the University of Vienna and author of Caravaggio: The Complete Works, to persuade the Metropolitan, the Louvre, the Prado and the Ufizzi, among others, to loan their holdings.

Included in the show, which concentrates on Caravaggio’s output during his “Rome period,” from 1592 to 1606, are such famous, highly dramatic canvasses as The Musicians, Sacrifice of Isaac, Boy Bitten by a Lizard, and Saint Francis of Assisi in Ecstasy. One more indisputable highlight is the stunning Martha And Mary Magadelene (1598) which is also on exhibition (see image below).  After its Ottawa berth, the exhibition travels to the Kimbell Art Museum in Fort Worth where it will reside from October 16 – January 8, 2012.

For more information be sure to visit the National Gallery Of Canada. 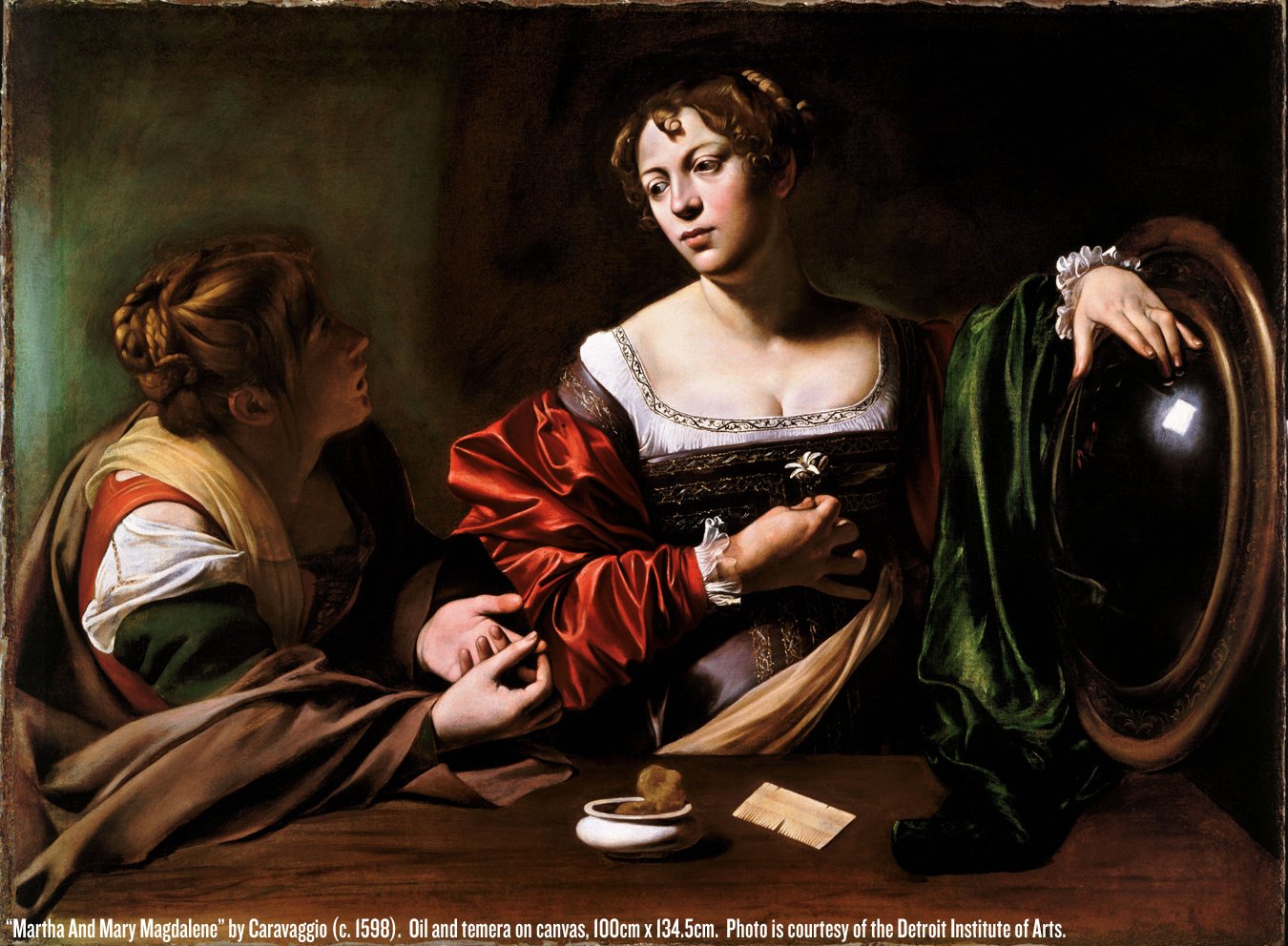 Previous post:
Soderbergh Builds The Hottest Male Cast Of All Time For Real Life Story Of Channing Tatum’s Stripper Past Next Post:
IBM Unveils Their Mindblowing New Microchip Modeled After The Human Brain