Jeff Bridges (born December 4, 1949) recently sat down with Charlie Rose to talk about life, music, art, friendship, and his brand new self-titled album.  Bridges has long been a music lover, but perhaps his most powerful musical influence has been his dear friend, legendary music producer T-Bone Burnett, who took charge of producing Jeff’s new album.  During the interview, Bridges affectionately refers to Burnett simply as “Bone”, and it’s very clear that these two men have a very deep and beautiful friendship.

T-Bone Burnett, known for his work with Allison Krauss and Robert Plant, Elton John and Leon Russell and the Grammy-winning soundtracks to O Brother, Where Are Thou? and Walk the Line,  had first met Jeff “The Dude” Bridges more than 30 years ago when Kris Kristofferson introduced them during the filming of the 1980 film Heaven’s Gate.  Since then, Burnett selected the songs for The Big Lebowski, starring Bridges, and co-wrote several songs for the Crazy Heart soundtrack, including “The Weary Kind,” which earned Burnett his second Oscar nomination and first win (along with songwriter Ryan Bingham) for “Best Original Song.”  In the Charlie Rose interview, Jeff speaks about how he first rejected the script for Crazy Heart because there was no live music built into the story.  It wasn’t until he ran into T-Bone one day that the film became feasible.  Burnett asked him if he had read the script for Crazy Heart, and Bridges said he passed on it because it didn’t have a musical spine, with Burnett replying, “Well, I’ll do it if you do it.” And the rest is history.

It was this experience on Crazy Heart that inspired Burnett to produce a new album for Bridges (Jeff had released his first album back in 2001).  Bridges had built up a catalogue of nearly 100 of his own songs which he had written himself and Burnett carefully selected the ones that matched his concept of eclecticism, as well as choices that would not resemble anything that would be considered a “sequel” album to Crazy Heart. This album would come to represent a cross section of Bridges personal character, and perhaps even a love letter in honor of their 30-year friendship.  T-Bone assembled a vast number of musicians to perform on the album, including guest vocalists Rosanne Cash, Sam Phillips and Benji Hughes. I took a listen to the album last night and it’s quite beautiful.  I was raised with classic country music such as Merle Haggard, Charley Pride, Conway Twitty, Hank Williams, etc., and I have a deep appreciation for the importance of this genre of music.  The DNA of these legends can be heard in each and every song — along with the gorgeous vocal work of Bridges.

Critics have been loving the album as well.  Matt Diehl of The Los Angeles Times wrote, “All too often, a record from a famous actor can inspire cynicism in a music critic, a knee-jerk post-traumatic reaction from too many grisly attempts (anyone remember “Mr. T’s Commandments”?). Thankfully, the second album from noted thespian Jeff Bridges transcends expectations.” And Mikael Wood, of Entertainment Weekly writes, “Crazy Heart reminded us that the Oscar-winning actor could sing, so the surprise here isn’t Bridges’ worn-denim vocals, which producer T Bone Burnett surrounds with his trademark chamber-country atmospherics. Rather, it’s Bridges’ songwriting on appealingly idiosyncratic cuts like the philosophical ‘Tumbling Vine’ and ‘Falling Short,’ on which he wonders if God put him here to ”bushwhack a path.” Spoken like the Dude himself.”

Music and acting are just the beginning of Jeff Bridges’ interests.  He is also a noted amateur photographer, a cartoonist, accomplished ceramics artist, and is a major advocate for ending child hunger.  He is also a student and devout follower of Buddhism, and meditates for half an hour before beginning work on a film set.  Bridges married Susan Geston in 1977 and they live in Montecito, California. Bridges and Geston met on the movie shoot of Rancho Deluxe, which was filmed on a ranch where Geston was working as a maid.They have three daughters: Isabelle Annie (August 6, 1981), Jessica Lily “Jessie” (June 14, 1983) who also provides backup vocals on the album, and Hayley Roselouise (October 17, 1985).   He became a grandfather on March 31, 2011 when Isabelle gave birth to a daughter, Grace.  Jeff is also widely regarded as perhaps the most likeable and loving public figure working in Hollywood today.  And his loving persona is matched only by his gift as an actor.  His Big Lebowski co-star John Goodman once said of Bridges acting prowess, “It’s like watching a diamond cutter, When you look at the diamond, you don’t think of the work, you just notice there’s no flaws.” And The New Yorker summed him up very simply as “the best actor alive”.

Be sure to check out Jeff’s website at JeffBridges.com where you can learn more about his music, his photography, his campaign to end child hunger, and much more.  You can also follow Jeff on Facebook and Twitter.  To get your own copy of Jeff Bridges new self-titled album CLICK HERE. 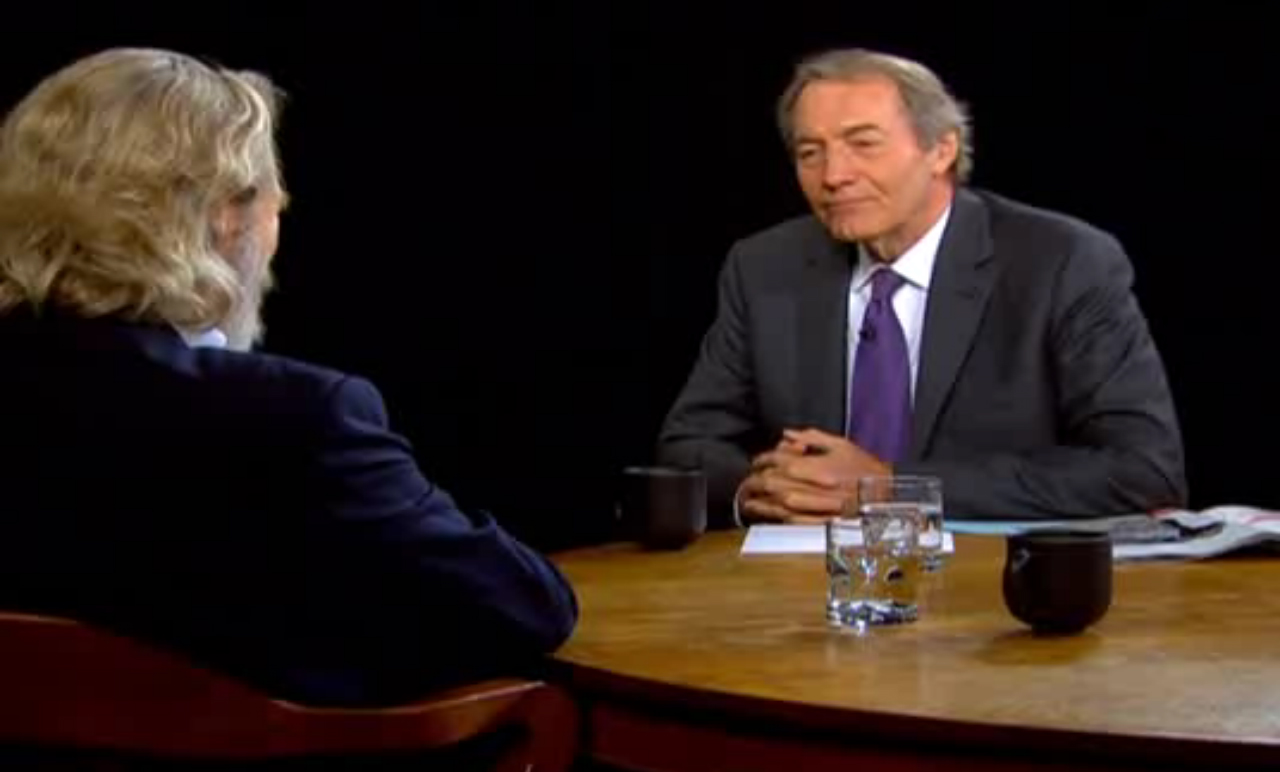 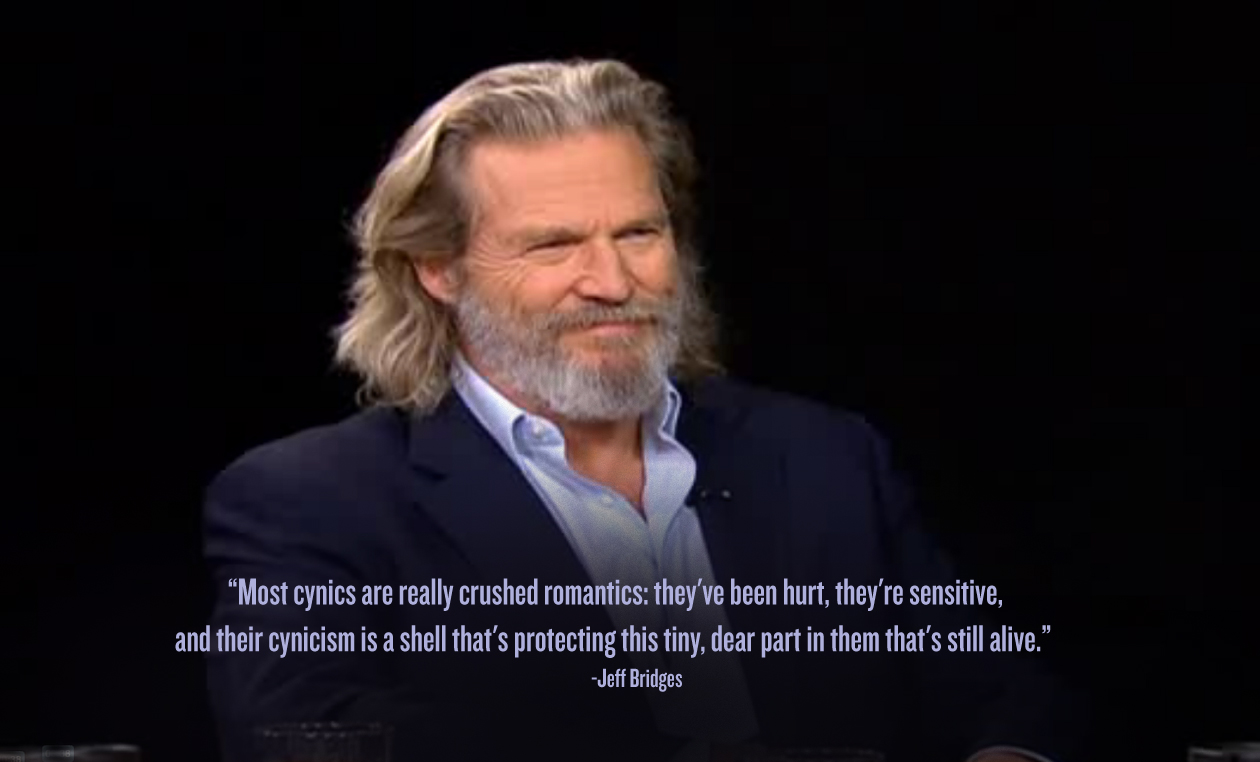