HAAAAAAAAAHAHAHAHAHAHAHAHA!!!  This is too hilarious to go unposted.  The rise to fame of the cast of The Jersey Shore has been so fast and so meteoric that they’ve been raking in the endorsement deals for everything ranging from weight loss supplements to alcohol to bronzer.  But things finally seem to be making a rational turn.  The Wall Street Journal broke the story yesterday that teen apparel retailer Abercrombie & Fitch Co. is willing to pay Michael “The Situation” Sorrentino to stop wearing their merchandise in public.  Last night the Ohio-based company released a statement titled “A Win-Win Situation” stating their “deep concern” over the association between The Situation and their brand.  A&F has offered Sorrentino a “substantial payment” to “wear an alternate brand.”  An excerpt from the press release reads as follows:

“We understand that the show is for entertainment purposes, but believe this association is contrary to the aspirational nature of our brand, and may be distressing to many of our fans.”

The cast of The Jersey Shore became overnight controversial household names when the series premiered on MTV in late 2009, featuring endless nights of boozing, sex, and non-stop fighting.  You can read the entire article by visiting The Wall Street Journal. 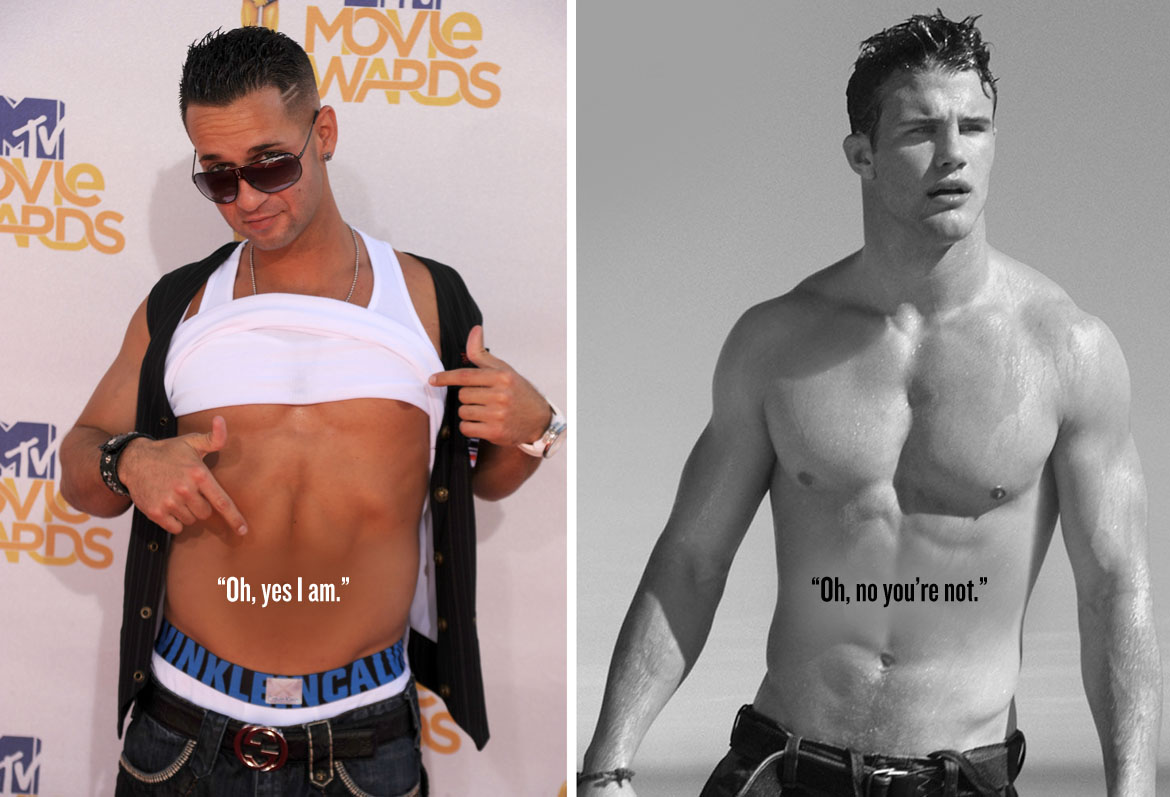 Previous post:
Everything You’ve Ever Wanted To Know About The Moon’s Effects On Your Body And Brain Next Post:
Jason Silva On Creating, Sharing, And Understanding Awe And Inspiration