The Playlist has once again proven to be the greatest resource for the best up-to-date news related to the upcoming release of Lynne Ramsay’s film We Need To Talk About Kevin, set to open on December 22, 2011.  They began their latest update yesterday with a line that Tilda Swinton’s sociopathic son (played by Ezra Miller) lays on her early in the film when he’s still just a young boy, “Just because you’re used to something doesn’t mean you like it. You’re used to me.” Gulp.  The following is an excerpt from The Playlist‘ s feature post:

[The] spot begins with lots of (bloody looking) red contrasted by the gently sweet strains of “Everyday” by Buddy Holly before Kevin himself takes over, narrating his desire to rise above what he views as the mundane lives of everyone else. And to do so, he will commit a horrifying act that will forever mark the life of his mother and everyone else around her. We probably don’t need to remind you the film was a sensation in Cannes, with Swinton once again picking up very strong notices for her performance and it seems that Lynne Ramsay is back from the moviemaking wilderness with a vengeance.

The film is based on the 2003 Lionel Shriver of the same name, and to listen to the BBC World Book Club podcast interview with Shriver be sure to CLICK HERE.  Once again, the film opens in North America on December 2nd and is being distributed by Oscilloscope Laboratories.  Radiohead’s Johnny Greenwood composed the film’s score (Johnny also composed the critically-acclaimed score for P.T. Anderson’s award-winning film There Will Be Blood). 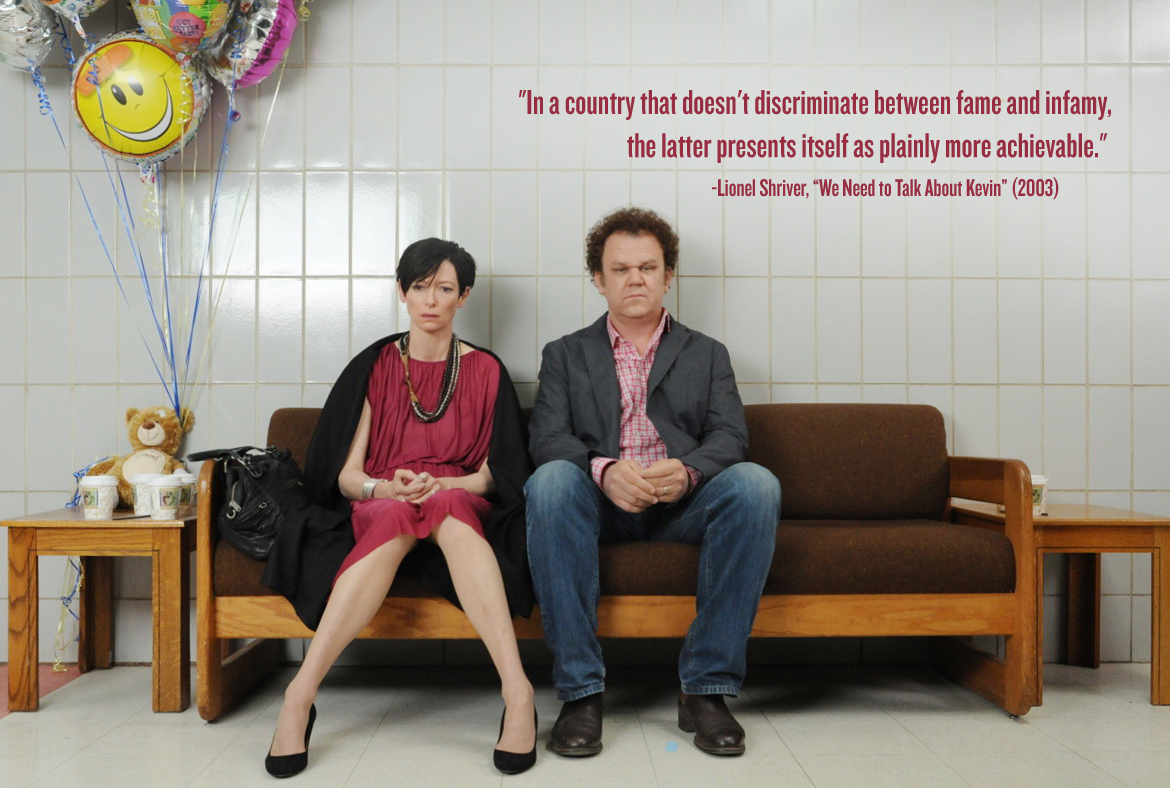 Previous post:
LINKguide (August 15, 2011) Next Post:
Watch The Revealing Documentary “A Year In The Life Of J.K. Rowling” Online For Free