This coming weekend Las Vegas will be hosting the official Star Trek Convention in celebration of the 45th anniversary of the iconic science fiction franchise.  Although I can’t honestly say I’m a diehard Star Trek trekkie, I’m still a very major fan.  I still have memories of being a little boy and watching reruns of the original television series on Saturday mornings and the series definitely had a huge impact on the development of my young imagination and my perception of the universe as a frontier that must be explored.  The spirit of the show and the films and sister series that it spawned (and is still spawning) is embedded with a belief that not only is the exploration of space a responsibility of modern mankind, but it also requires us to move beyond the shallow prejudices that have plagued our civilization for millennia.  Basically, if we ever want to explore the outer edges of the infinite we have to get our shit together here at home first.

Of all the Star Trek films that feature the original cast, for some reason Star Trek IV: The Voyage Home had the most impact on me (Star Trek VI: The Undiscovered Country is a very close second).  I watched that movie so many times I think it was the main reason I blew up my first VHS VCR.  The story follows Captain Kirk and Spock who are intent on returning home to Earth to face trial for their crimes of stealing and destroying the USS Enterprise. The former crew of the Enterprise finds the planet in grave danger from an alien probe attempting to contact now-extinct humpback whales.  They travel back in time via a slingshot maneuver around the Sun to arrive in Earth’s past in order to find some humpback whales and bring them back to the future, with the hopes they are able to respond to the probe’s call before it destroys Earth with its continuous creation of catastrophic sun-blocking cloud cover.

I was 11-years-old at the time and everytime I watched Star Trek IV, I couldn’t take my eyes off the screen for a second.  Star Trek is one of the most culturally significant film and television franchises in modern pop culture history and nothing makes me happier than seeing the recent success of the J.J. Abrams rebooted film.  Abrams is fresh off of Super 8 and ready to dive right into the second of his Star Trek films very shortly, and it’s looking as if we can expect to see it in theaters most likely around summer 2013.  For all things Star Trek be sure to visit StarTrek.com. To watch a preview of the Star Trek Convention being held this coming weekend (August 11-14) at the Rio Suites Hotel in Las Vegas CLICK HERE. 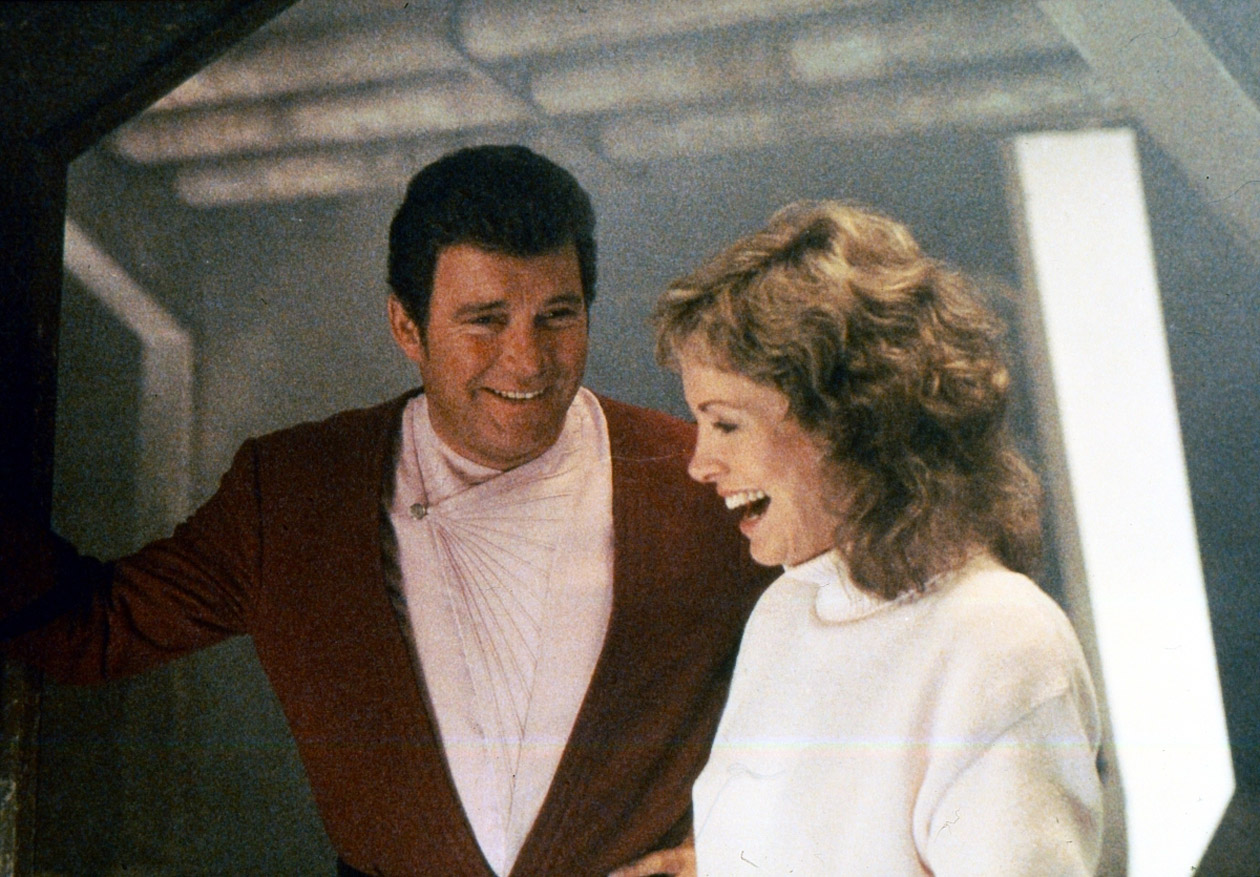