John Sarkin was a 35-year-old Massachusetts chiropractor who was playing golf with his friend back in 1988 when he suddenly got a pain in his head that was so severe he felt like his brain was ripping in half.  Sarkin didn’t realize it, but a blood vessel had shifted in his brain just behind his left ear.  The shift first caused those powerful, caustic pains, and eventually a screeching noise in his ears that was so severe he said it sounded “Like a thousand screaming baboons.” His doctor was mystified and thought it was just a case of tinnitus.  A few days later the problem was not yet resolved so a specialist was called in and this is when they realized there was a swollen blood vessel.  When Sarkin was in the hospital for surgery they succesfully found it and released the pressure.  During recovery, however, the vein still managed to hemorrhage and Sarkin suffered a massive stroke. Somewhere at the bottom of his brain, a blood vessel had burst, soaking the cerebellum in blood and causing it to swell. His brain was pressing so hard against his skull that blood had leaked through the surgical burr hole in the bone and breached the dam at the site of the wound.  After emergency surgery, Sarkin lingered for weeks in a semi-coma. There was considerable damage to his cerebellum and much of the left side of the brain had been removed. His doctor had made no obvious mistake; Sarkin’s stroke had been an “unforeseen consequence”, an act of God.  But during rehabilitation, his wife noticed that her husband was no longer the same man.  The following is an excerpt from the Guardian’s profile:

… Kim tried to comfort her husband, but when she looked into his eyes, she didn’t quite recognise him. He seemed only loosely tethered to the present, and to her. The man she’d married had been both fun and serious. He had jumped in with the band at their wedding reception and played a few rock solos, but he was so grounded, too, so dependable: never late with a bill, always putting money away. Now he seemed self-absorbed, uninterested in her or their son, and listless. He also seemed unable to hold anything back: if he didn’t like what someone was wearing, he said so; if he thought someone was boring, he told them. Kim knew Jon’s body was now vastly different, but no one had told her he might not think or act the same, that he might seem like a different man.

… Sarkin began to write things down, fragments of thoughts, words that popped into his head. Occasionally he doodled, sometimes just circles or spirals or rows of zigzagging lines. Other times he drew cartoon faces assaulted by knives, or distorted hallucinogenic recollections of the deathly ill man lying in a hospital bed with tubes running in and out of his body. Gradually, he became more intent about his drawing; there was an urgency to it, as if he was filled with a need to get each image, each thought out of his head, so he often drew the same thing again and again. If he was at the dinner table and a picture popped into his head, he would get up in the middle of the conversation and find one of his drawing pads. Sometimes Kim would chastise him for being rude, and only then would he realise he’d done something wrong. Embarrassment, shame, guilt just didn’t seem to register with him any more. He didn’t mean to hurt or ignore Kim; the problem was that he was conscious only of the moment, able to discern only the “now” of his life.

The rest of the story is absolutely fascinating, with glimpses of art fame, and a beautifully described explanation near the end of the article describing Sarkin’s change in perception, as well as a brief cameo by Meryl Streep.  To read the full story be sure to visit the Guardian. The article is in fact an edited excerpt from Shadows Bright As Glass, a new book by Amy Ellis Nutt published next week by Piatkus Books. To order your own copy for $18.50 you can visit the Guardian Bookshop. 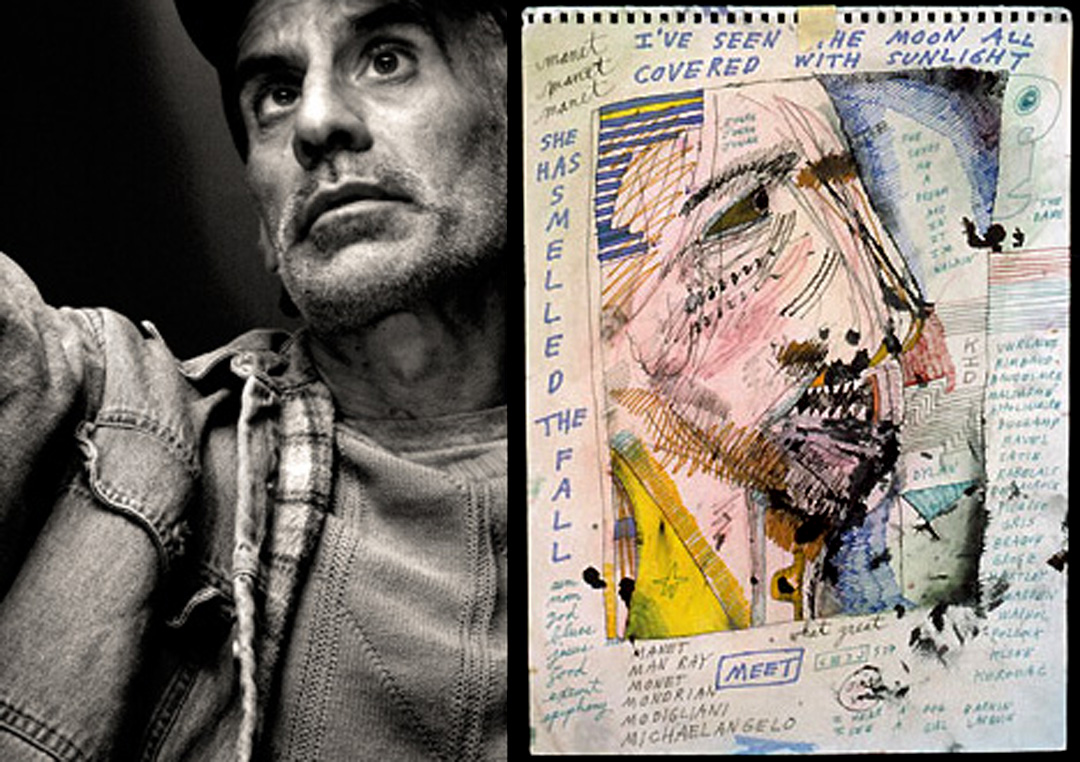