Scott Hansen is the brains and raw talent otherwise known as Tycho and he’s just previewed the very first track off his upcoming album Dive which is due on November 15th on Ghostly. It’s already a winner as far as I’m concerned — any music that sends me instantly daydreaming through an old NFB movie in slow motion gets a gold star in my books.  The following is some background for this impressively multi-talented artist:

While his formative years were spent listening to everything from Yes to Photek, Scott Hansen didn’t get his hands on an actual guitar or drum machine until he left his native Sacramento for San Francisco in 1995. “Encountering this whole new world at 20 years old was a profound experience,” says Hansen, better known by his musical pseudonym Tycho and as the graphic artist ISO50. “At the time, I was just learning the processes of design and music; both felt very similar, and have flowed back and forth for me ever since.”

As seamless as his two creative outlets have been, nearly a decade passed before the release of Hansen’s first proper Tycho LP, Sunrise Projector (later expanded and reissued under the title Past Is Prologue). And while three striking singles have emerged since then, the sum of all those sepia-toned parts is nowhere near the double-exposed soundscapes of Dive. The product of a prolonged break from IS050′s   design work and blog, it pays tribute to Tycho’s prismatic past (the dense, guitar-guided turning points of “Daydream” and “Adrift”) but spends most of its time pointing to the project’s not-so-distant future. That can mean any number of things, really, from the halcyon hooks and hopeful horizons of “A Walk” to the expansive, wildly expressive tone poetry of the title track, an eight-minute epic that unfolds like a compressed concept album. Or at the very least, a restless vision of prog-rock—one that’s been coated in neon colors and filtered through a thick piece of blotter paper. And then there’s “Elegy,” a spare curtain closer that pairs a vulnerable crescendo with a fitting bridge to future works.

And with that, Dive establishes its position as the most diverse musical statement of Hansen’s multi-medium career; the point where his skills as a performer finally catch up with his vaporized vision of a world that doesn’t belong to any particular time or place. “Nostalgia is a common thread in my work,” says Hansen, “but this album wasn’t driven by that idea. I see these songs as artifacts from a future which might have more in common with our past than our present.”

To download your own FREE copy of “Hours” CLICK HERE.  To learn more about Tycho be sure to check out his bio at Ghostly International.  To see all of Scott’s postings on ISO50 simply CLICK HERE. 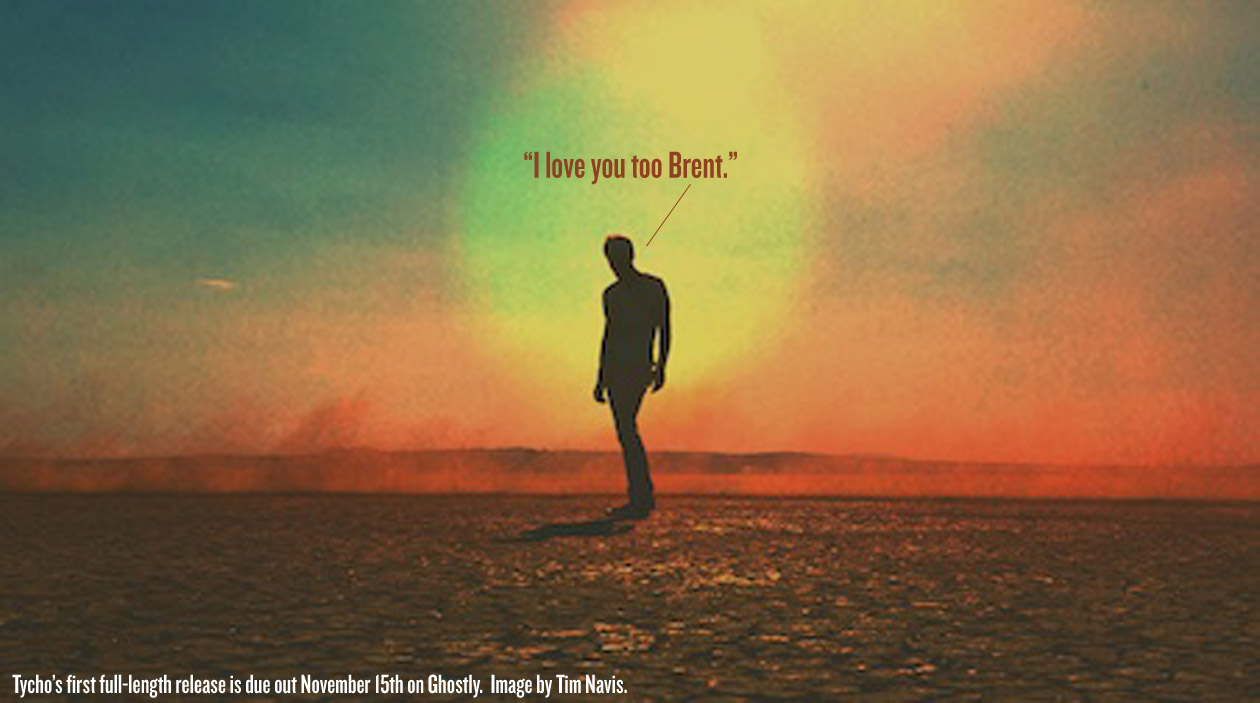