One of the U.S. military’s latest toys is this brilliant 7-foot-long remote-controlled helicopter known as the “ShadowHawk” developed by Vanguard Defense.  Far from a toy for kids, the ShadowHawk is getting rave reviews from the military and police forces around the country, and it comes equipped with a taser, a shotgun, and grenade-launching capabilities.  Armed conflict is the ShadowHawk’s last resort, however — its number one objective is surveillance. The design so sturdy it’s capable of flying steady at 70mph through even the most intense of storms.  At the moment, the ShadowHawk is being used with great success in the Horn of Africa in the search for Somali pirates, but it’s popping up in American cities as well, and U.S. law enforcers are beginning to rely on it with greater frequency.  To learn more about the ShadowHawk you can visit VanguardIndustries.com. 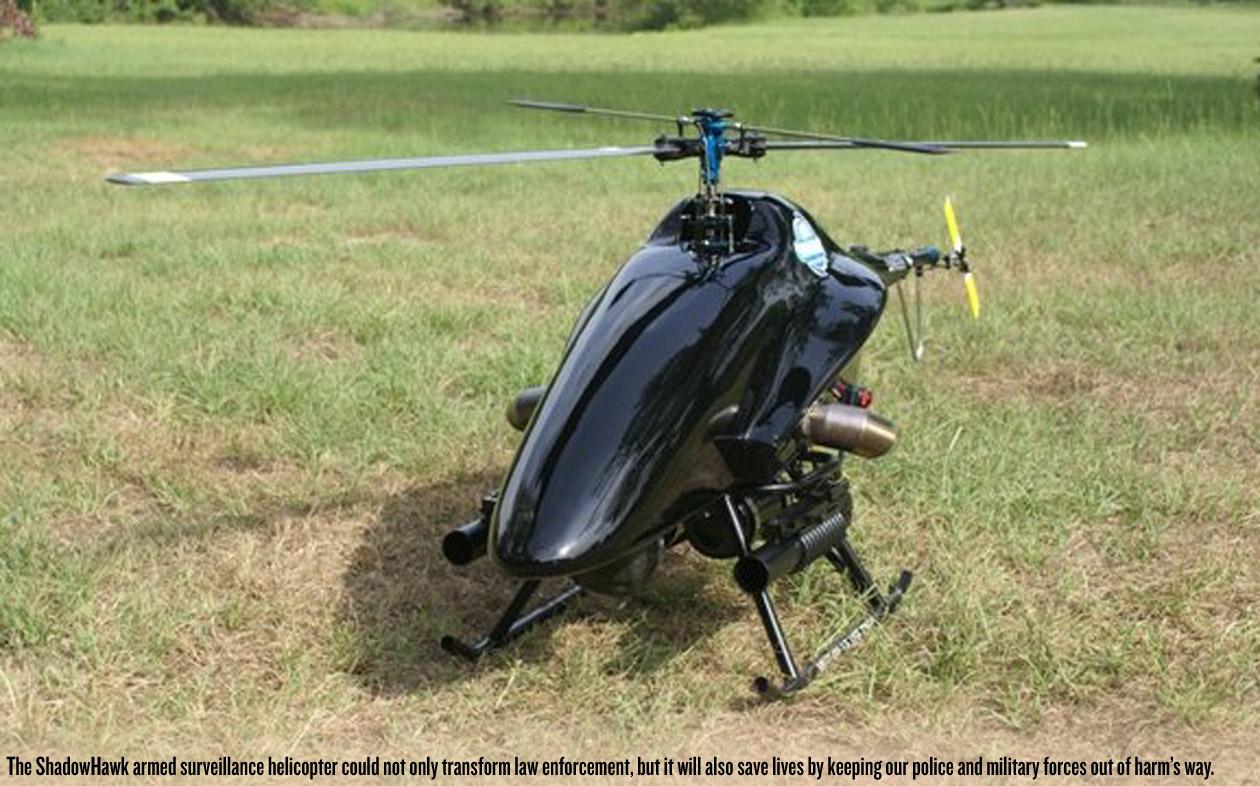