It might not actually be the full size of Newfoundland, but it’s gigantic nonetheless.  Scientists and Canadian government officials are tracking the movement of the biggest ice sheet that has ever been witnessed in Canadian history headed straight down the Labrador coast toward Newfoundland.

“I’ve seen icebergs before but this was unreal. It looked like something that shouldn’t be there,” the 52-year-old fisher said Monday from his home in Port Hope Simpson, Labrador.  In fact, the behemoth cannot even be labelled an iceberg — it is considered to be an “ice island” which unexpectedly snapped off of Greenland’s Peterman ice mass last August.  Scientists are terribly concerned that the ice island could clog shipping lanes or threaten the Hibernia oil exploration.  Smaller icebergs get towed out of the way or sprayed with a water cannon to render them harmless, but Trudy Wohlleben, a scientist with the Canadian Ice Service says, “I don’t think they could do that with an iceberg that large.  They would have to physically move the Hibernia rig.”

The ice island is currently 110km off shore, is moving at 22 nautical miles per day, originally measured 250 square kilometers when it first broke off, and is alive with 30m-high mountains (almost the same height as a 10-storey building), valleys, brooks, waterfalls, ponds and seals.  It has now broken up into smaller pieces around 65-70 square kilometers which pose no less danger.  You can read the full story at The Record, as well as check out the video below of the beast taken by local resident Eldred Burden. 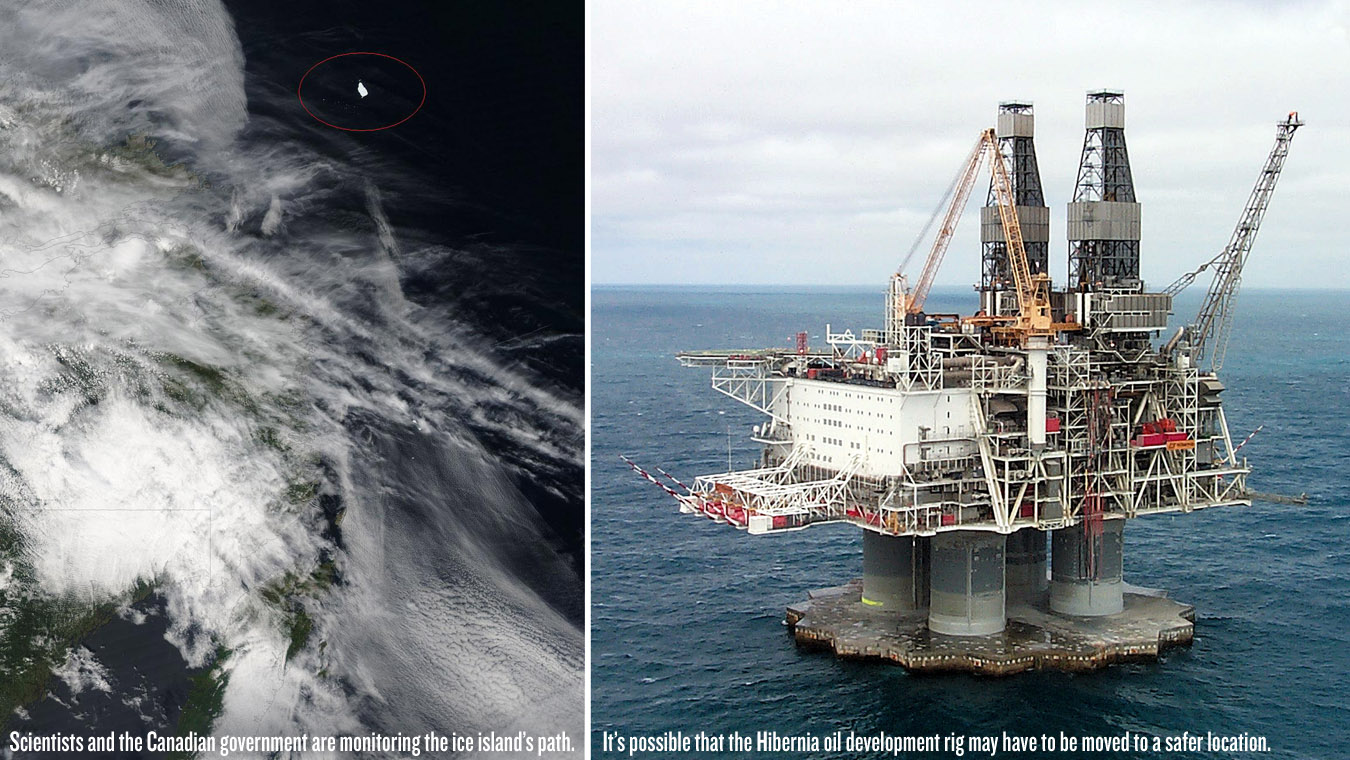 Previous post:
Popular Science Ranks The Top Ten Most Epic Science Projects In The Universe Next Post:
The Winning Designs Of The 2011 Ferrari World Design Contest Just Made Me Poo My Pants