“All Night” is a musical offering from Midnight Television, one of the most elusive online musical presences I’ve come across in a very long time.  No Fear Of Pop recently had this to say about the artist: “Kansas-based tape imprint Beer On The Rug digitally dropped Midnight Television’s self-titled debut this morning, and though the label folks admit that they don’t know much about the artist except for the fact that he’s hailing from Texas, it’s more than obvious that there was no way of not putting this out anyway. The EP ends after a mere ten minutes, but the seven sonic snippets are some very intriguing pieces of mellow, heavily 80s-infused hypnagogia, and with titles such as Channel Surfing or Commercial Dreams it indeed is an absolutely appropriate soundtrack for lonely late night zapping excursions. Get the whole thing now by CLICKING HERE. A small run of pro-imprinted/pro-duplicated tapes is on the way.”

Over at Altered Zones, however, they may have discovered the artist’s name: “Houston citizen Elliott Ashton, who as Midnight Television seems to be gripping any ’80s and ’90s colours that might drip out of his wood-panelled TV set (mostly commercials) and embracing any outmoded capitalist run-off ideals. There’s a lot of Matrix Metals loop worship over these short but mesmeric jams plus additional Dave Koz/KWJAZ/general hold-muzak aesthetics and at times a night-ride luxury streak that might fit right into a Chuck Person intervention.” Take a listen for yourself to this very short track that definitely packs a memorable punch: 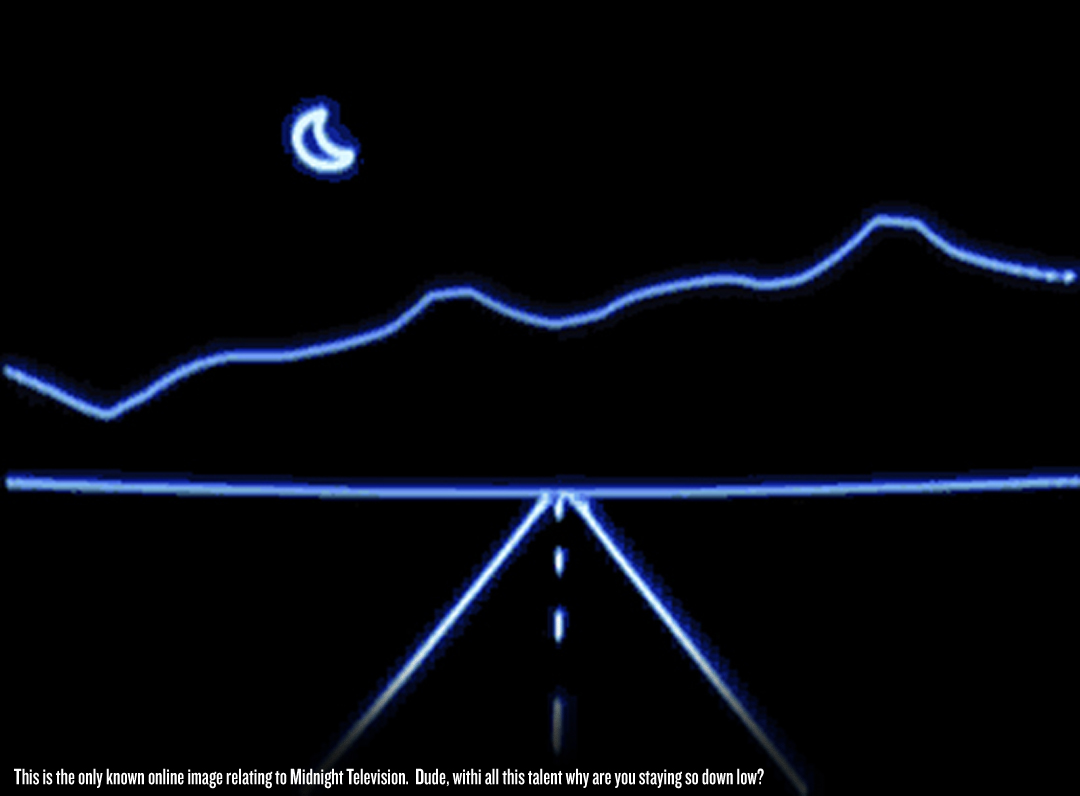 Previous post:
The Cellulon™ Virtual Keyboard Will Blow Your Mind Next Post:
Popular Science Ranks The Top Ten Most Epic Science Projects In The Universe