When I was a little boy my favorite book was a scratch-and-sniff copy of Winnie The Pooh. I remember wearing down the custard spot so much that there was only a tiny section on the side that remained which I saved for special occasions.  The honey spot was my second favorite, but for Winnie it was most certainly his number one.

The first collection of stories featuring Winnie and his friends was Winnie The Pooh, written by British writer A. A. Milne in 1926.  Milne named the character Winnie The Pooh after a teddy bear owned by his son, Christopher Robin Milne, who was the basis for the character Christopher Robin.  Christopher Milne had named his toy bear after Winnie, a Canadian black bear which he often saw at the London Zoo.  The bear cub was purchased from a hunter for $20 by Canadian Lieutenant Harry Colebourn in White River, Ontario, Canada, while en route to England during the First World War. Colebourn named the bear “Winnie” after his hometown in Winnipeg, Manitoba, and donated the bear to the zoo when he went off to France to fight in the war. Milne’s son Christopher frequented the London Zoo so often that he fell in love with Winnie the bear and the rest is history. The Winnie The Pooh stories are set in Ashdown Forest, Sussex, England, a large area of tranquil open heathland on the highest sandy ridges 30 miles south of London.

This weekend Disney released its newest animated film based on the book, and it’s melting the hearts of critics around the world.  Among the top critics is Collider, and the following is an excerpt from their review by Matt Goldberg:

The greatest contribution to keeping Winnie the Pooh fresh is how it frames the story.  Cleese narrates the story and we can see the characters as part of a book.  But then the animators—who have drawn a beautiful film that makes me long for more 2D animation—start playing around with the format and have the characters start interacting with the letters on the page.  It even goes so far as Pooh asking what a paragraph is and the narrator having to explain it as Pooh climbs down the sentences.  That small creative spark goes a long way to helping set this movie apart from the forgettable Pooh films of the past decade. I went into Winnie the Pooh expecting some quality 2D animation and not much else.  Instead, Disney Animation Studios have not only produced yet another gorgeous and inspired 2D animated movie, but provided a charming story to go along with it.  Winnie the Pooh is a rarity in today’s marketplace.  It’s not about trying to sell you more stuff or calculating how many demographics it can hit.  It simply wants to give young kids a movie they can love and let adults set their cynicism aside to enjoy clever humor and delightful characters.

You can read the full review at Collider. To read Leonard Maltin’s glowing review of Winnie The Pooh be sure to visit The Playlist. You can visit the movie’s official site at Disney, and the film is playing in theaters now.  I just watched the trailer below which is set to the music of KEANE‘s “Somewhere Only We Know” and it quickly managed to spin me back my days as a little boy curled up at bedtime with my scratch and sniff book when time after time I would get lost in Winnie’s world.  I just hope all this childhood nostalgia doesn’t make me start peeing my bed again. 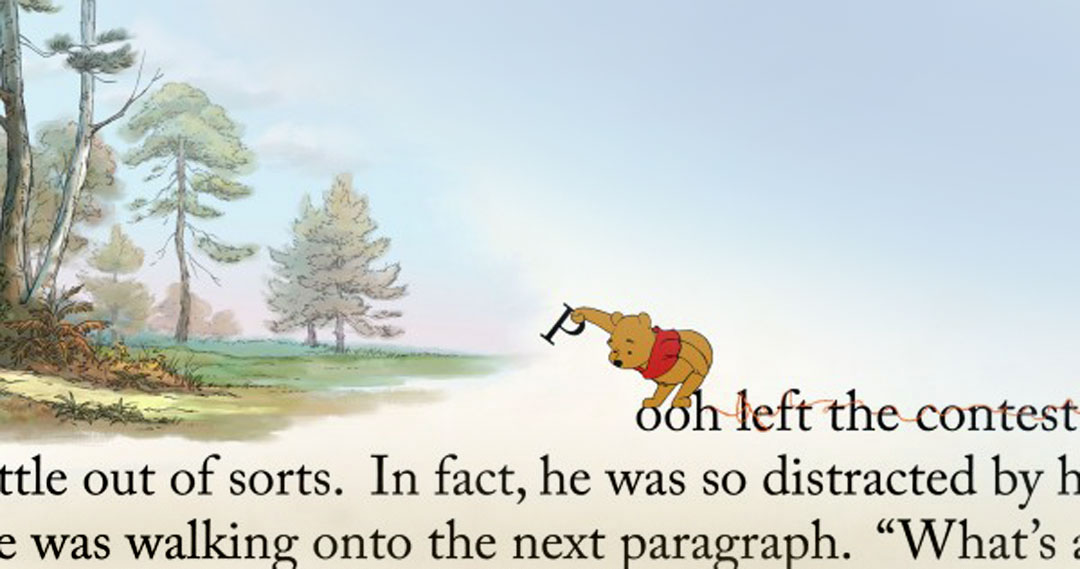 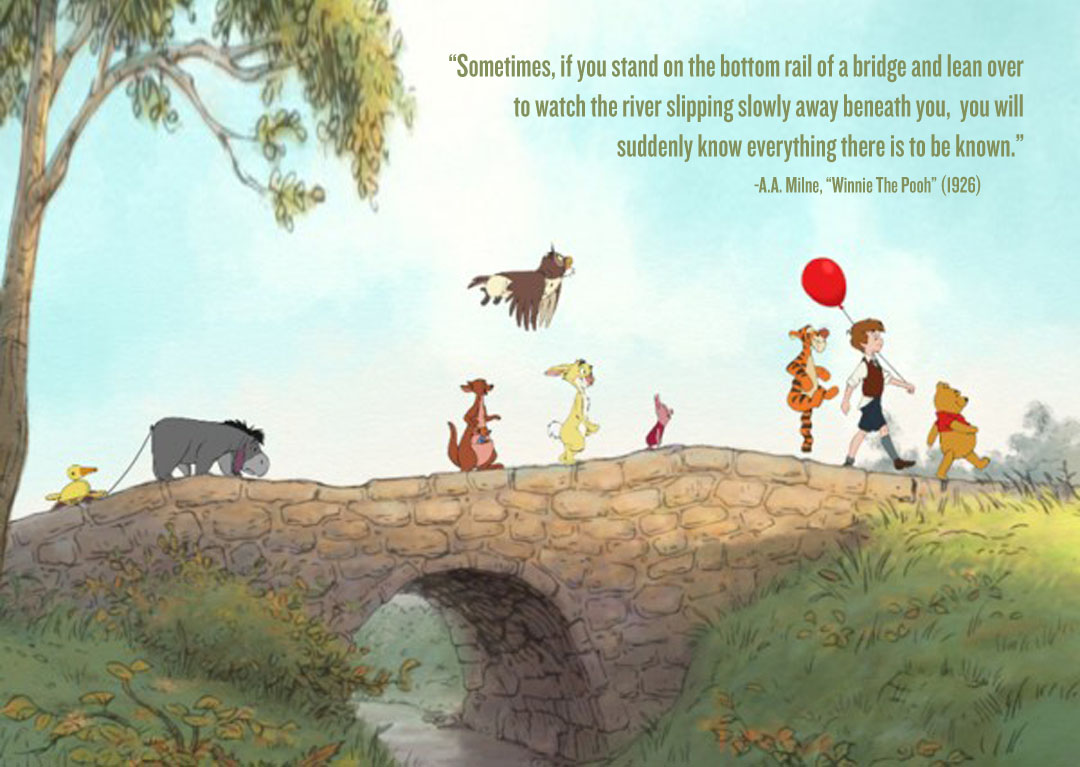