Tilda Swinton is the most compelling screen actress of our time — there is simply no debate about it. Christopher Hitchens’ famous mantra that “the most unforgivable sin is to be boring” is something Swinton has never had to worry about, and it reflects the three most important attributes of Tilda that I admire the most: her appreciation of glamour as an art form, her powerful gift of being able to inspire not only herself as a creative and intellectual artist but also her fans, and her ability to continuously transform her image (which is so much easier said than done).

Her life story is equally as fascinating as her current status as the most avant-garde of all film actresses, but it’s worth considering that perhaps these two things are never mutually exclusive.  You can read more about Tilda’s upbringing and how she achieved the icon status she continues to cultivate by reading a previous post I wrote on November 5th, 2010 entitled “Happy 50th Birthday Tilda Swinton“ where you will learn, among other interesting tidbits, that she attended the same private school as Princess Diana when she was younger. Tilda Swinton is not only one of my biggest idols, she is a force of nature as far as I’m concerned.  She has effortlessly carved a path unlike any other woman in Hollywood, and if you haven’t yet seen her mindblowing masterpiece I Am Love I refuse to give you so much as the time of day if I happen to bump into you on the street.  Below you will find preview images of Tilda’s upcoming editorial cover feature for the August 2011 issue of Wmagazine where she showcases some beautiful fall fashion stylings from the likes of Stella McCartney, Salvatore Ferragamo (the silk velvet tuxedo jacket you see on the cover), Céline, Chloé, Jil Sander (whose fashion designs Swinton wore in nearly every scene of I Am Love), Hugo Boss, GUCCI, and many, many more. The spread is part of the promotional campaign for her upcoming thriller We Need To Talk About Kevin which received rave reviews at this year’s Cannes Film Festival where it premiered, and has already plunged many critics and early viewers into intensely unnerving goosebump terrain that apparently takes days to shake off.  You can read more about We Need To Talk About Kevin in the link below which includes preview scenes from the film.

For a full fashion/styling breakdown of each photo, including several more gorgeous images, be sure to visit TomAndLorenzo.com. And big thanks once again to Michael K. of Dlisted for yet another terrific lead.  For a full list of all FEELguide posts about Tilda Swinton CLICK HERE. 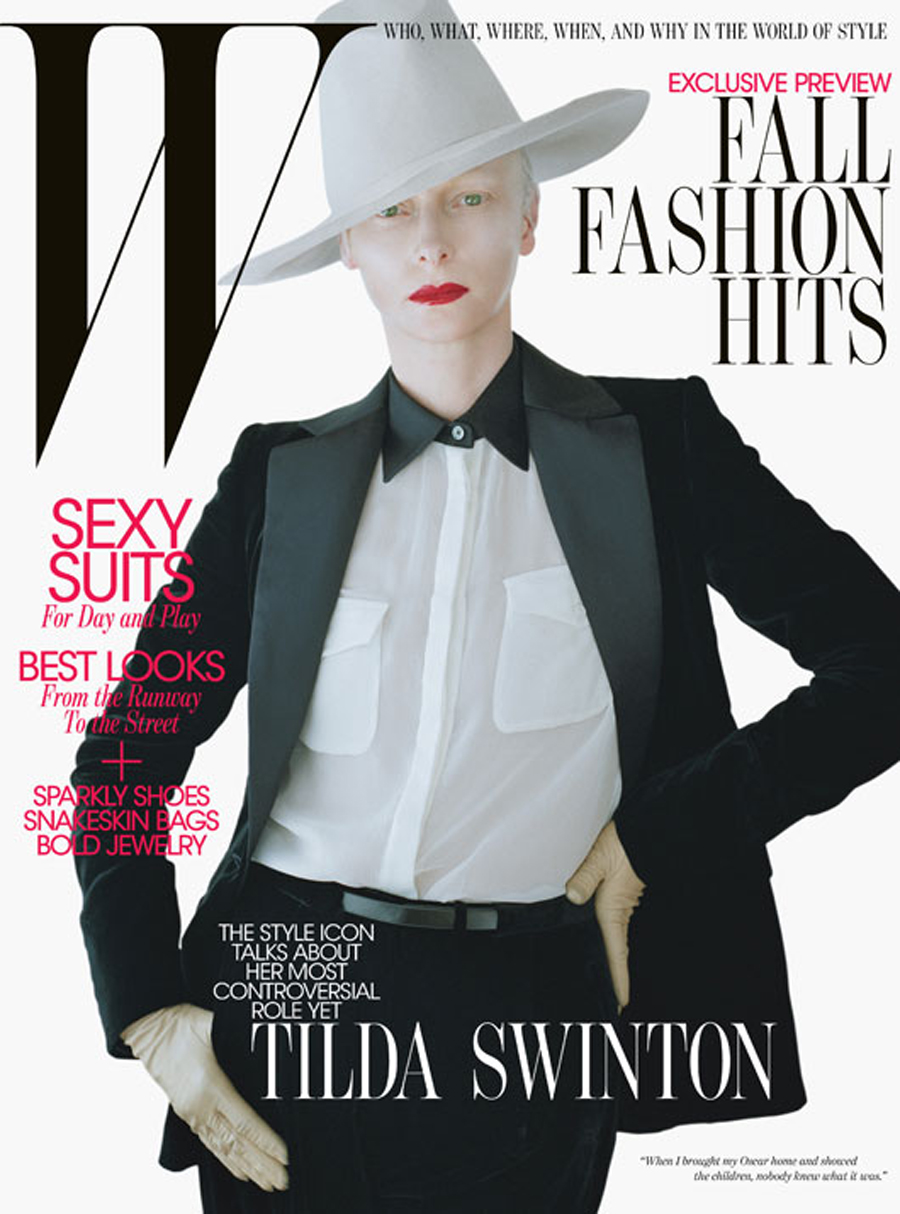 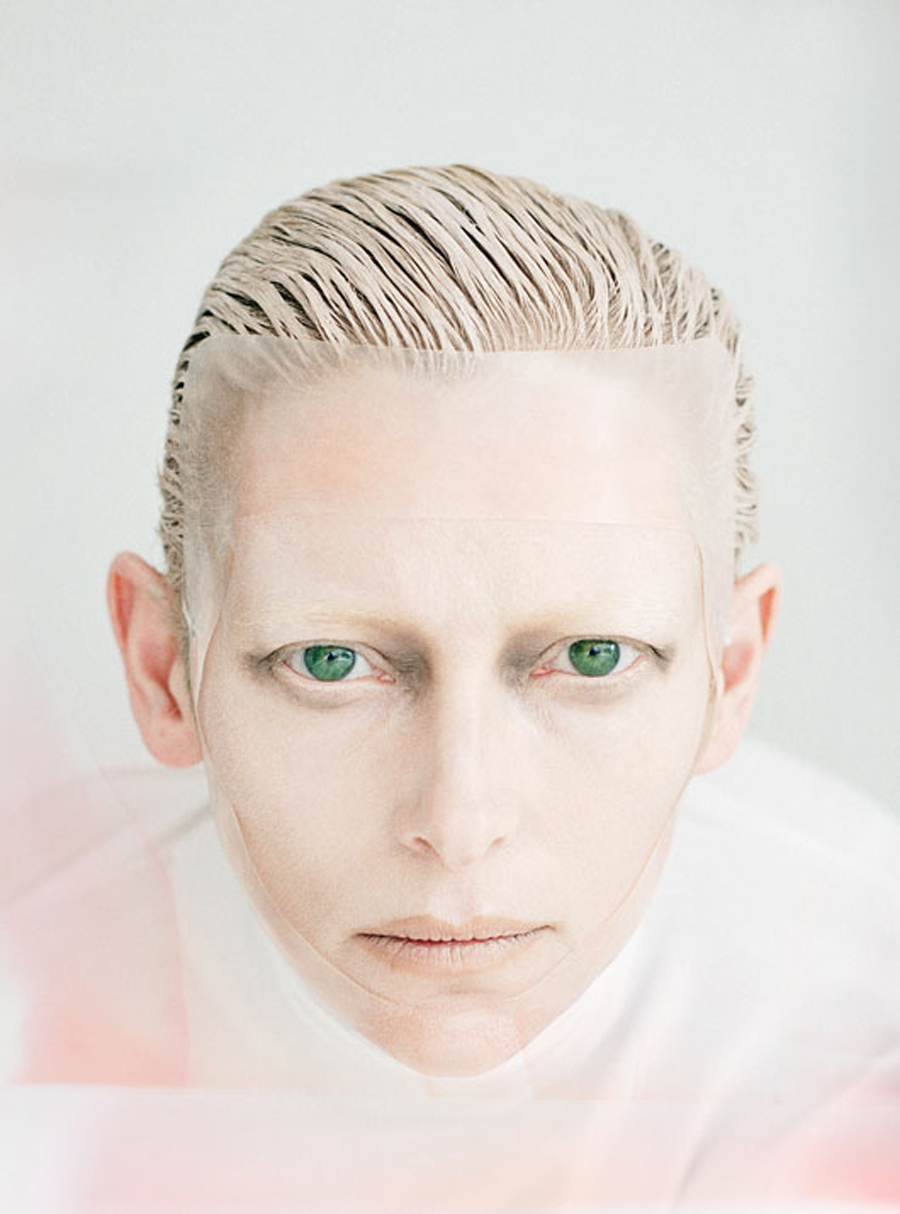 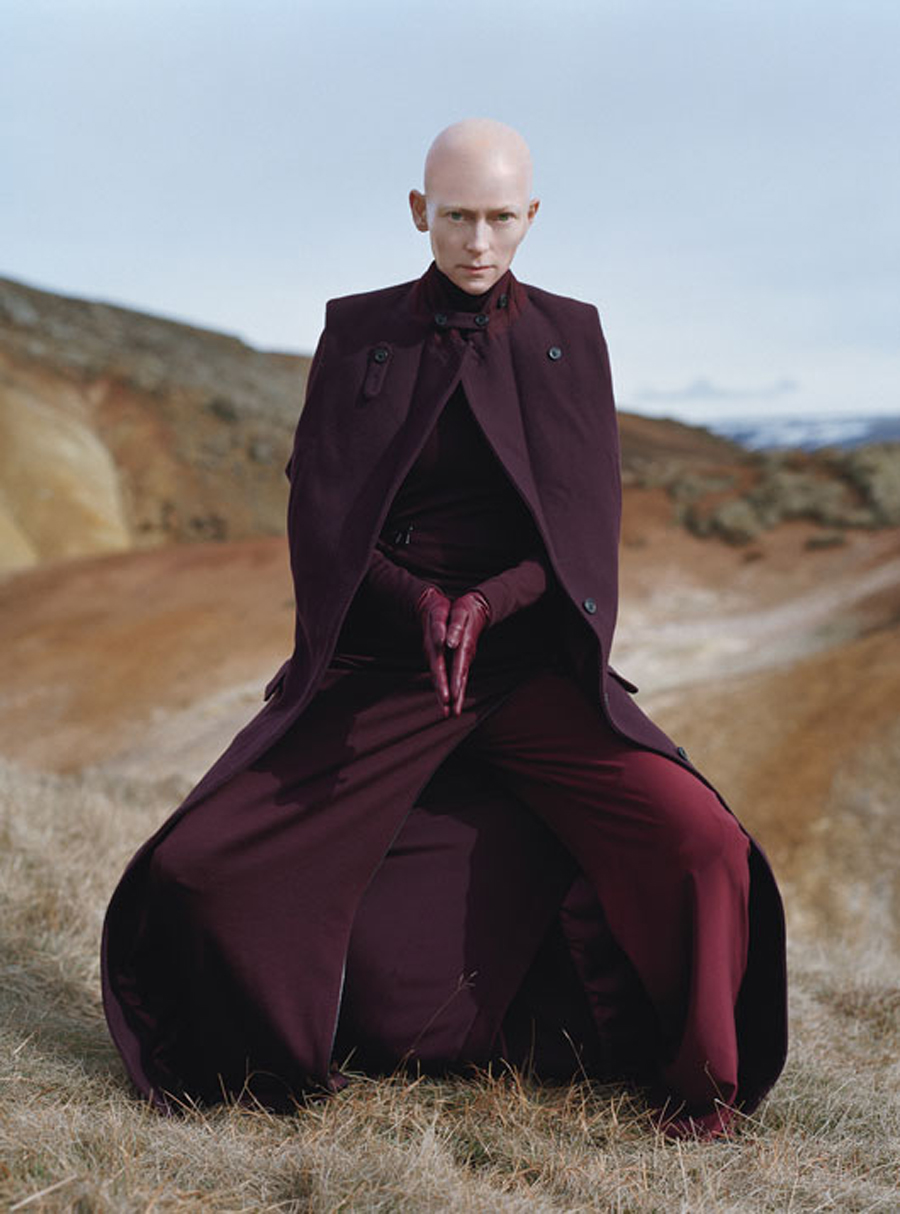 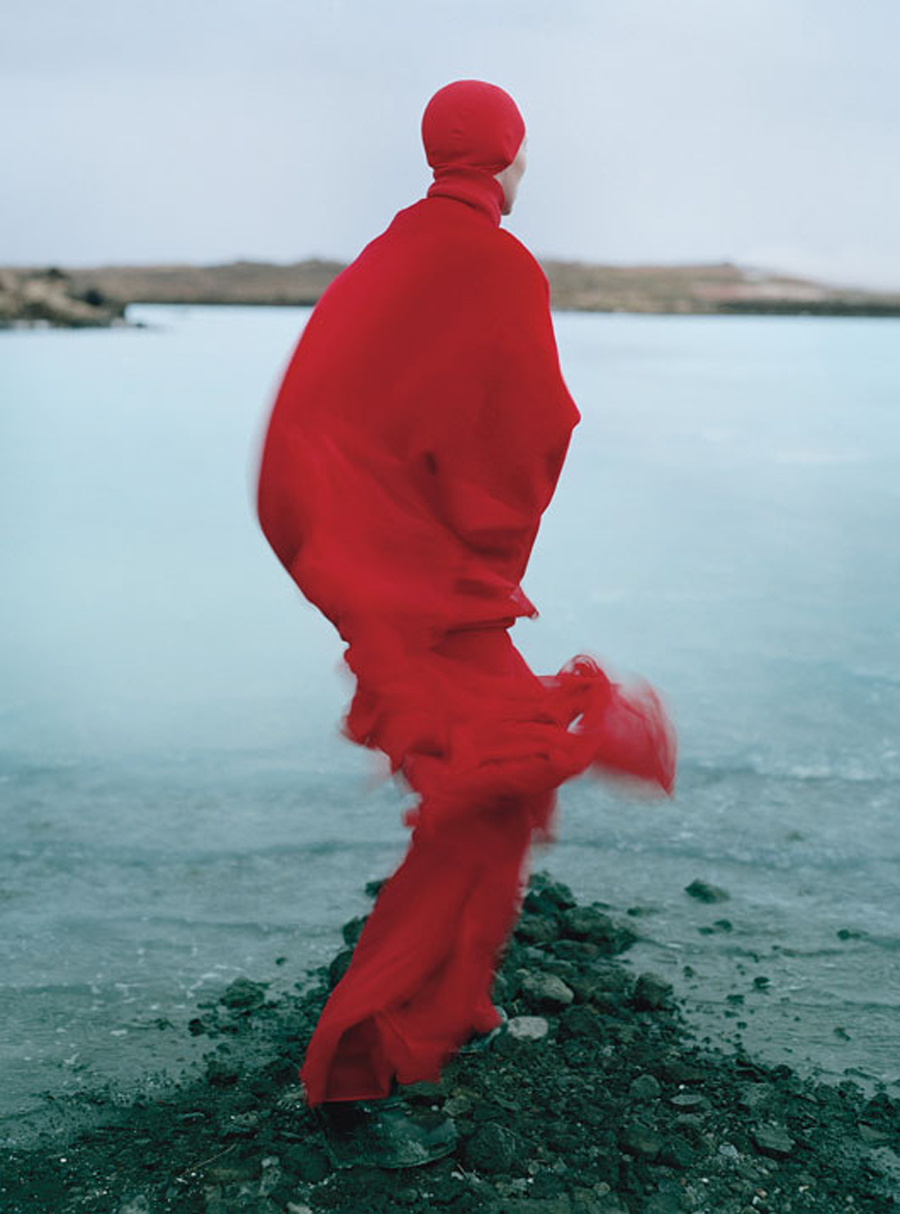 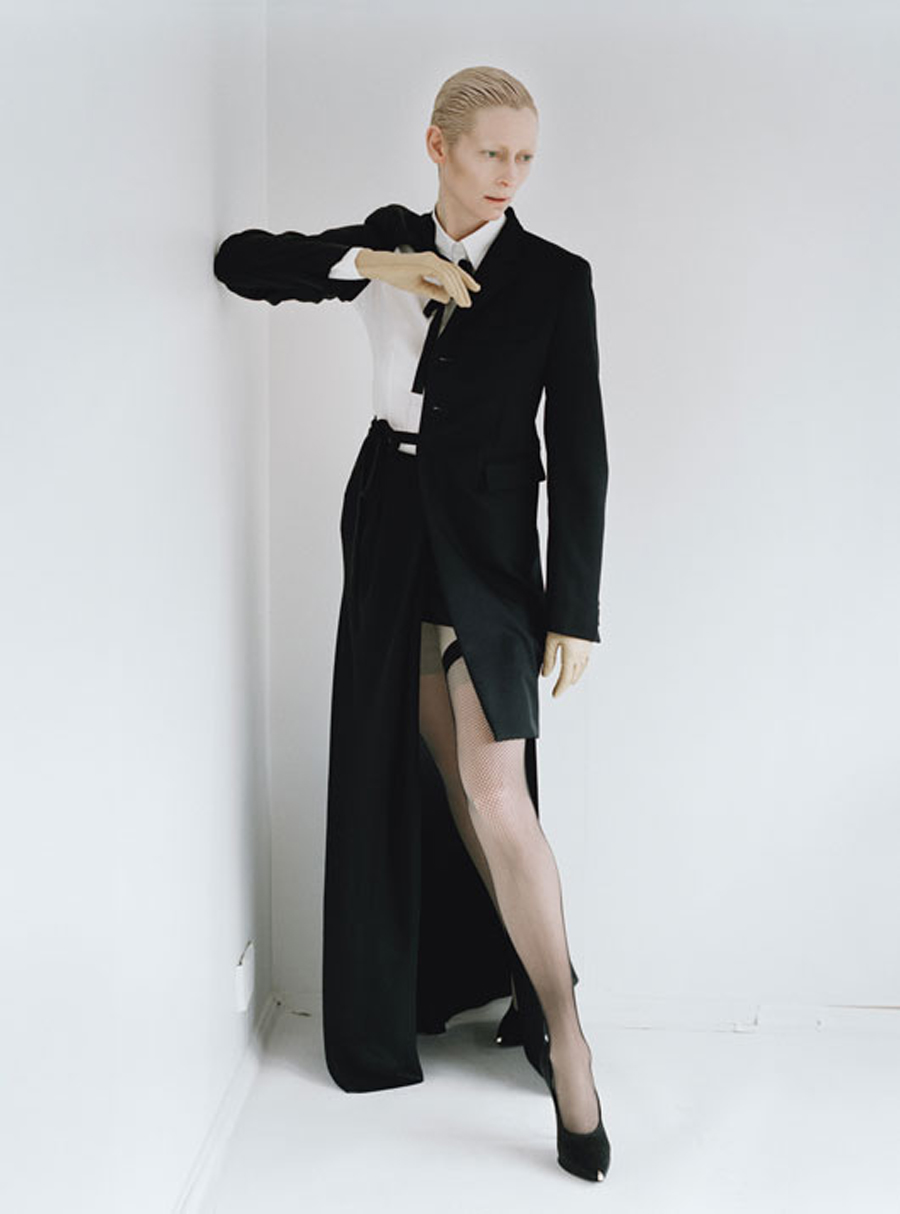 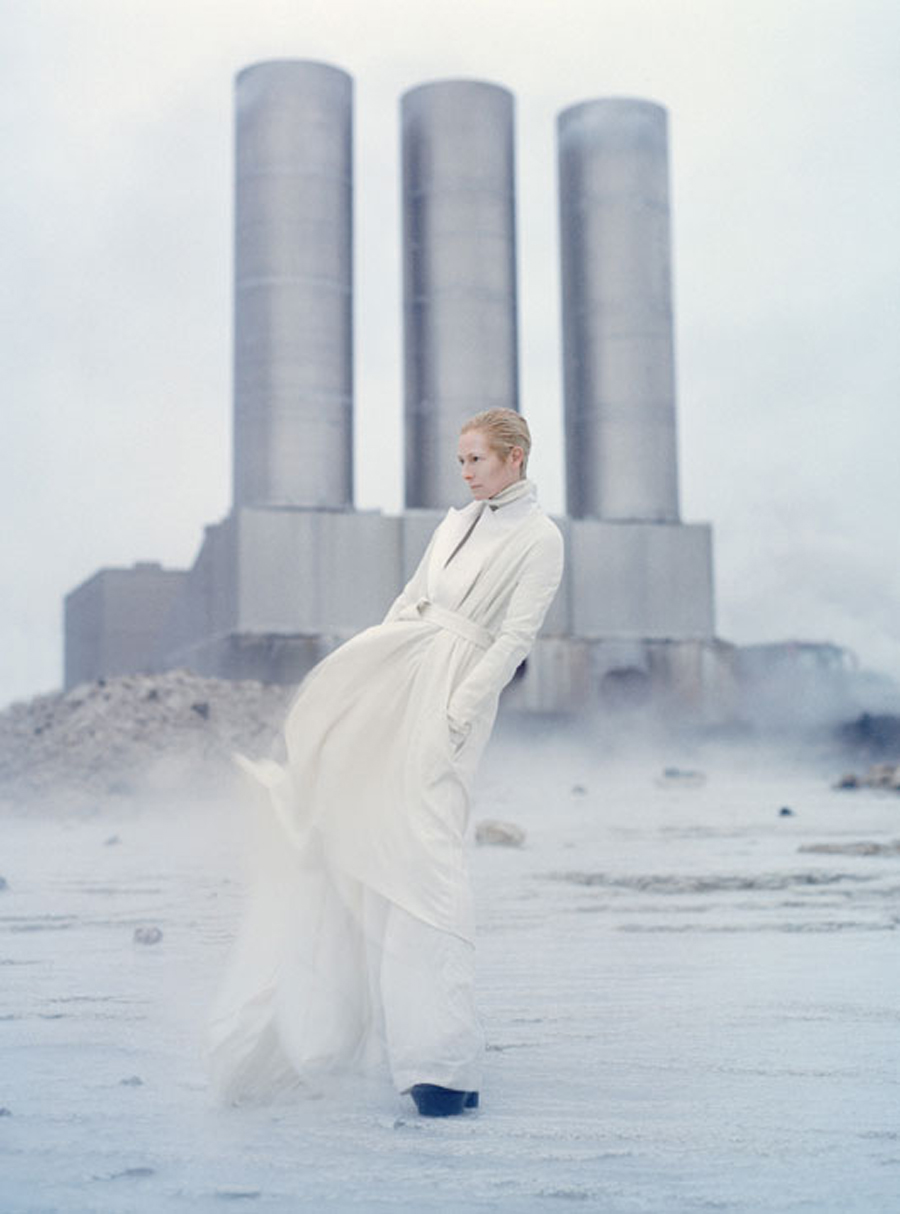 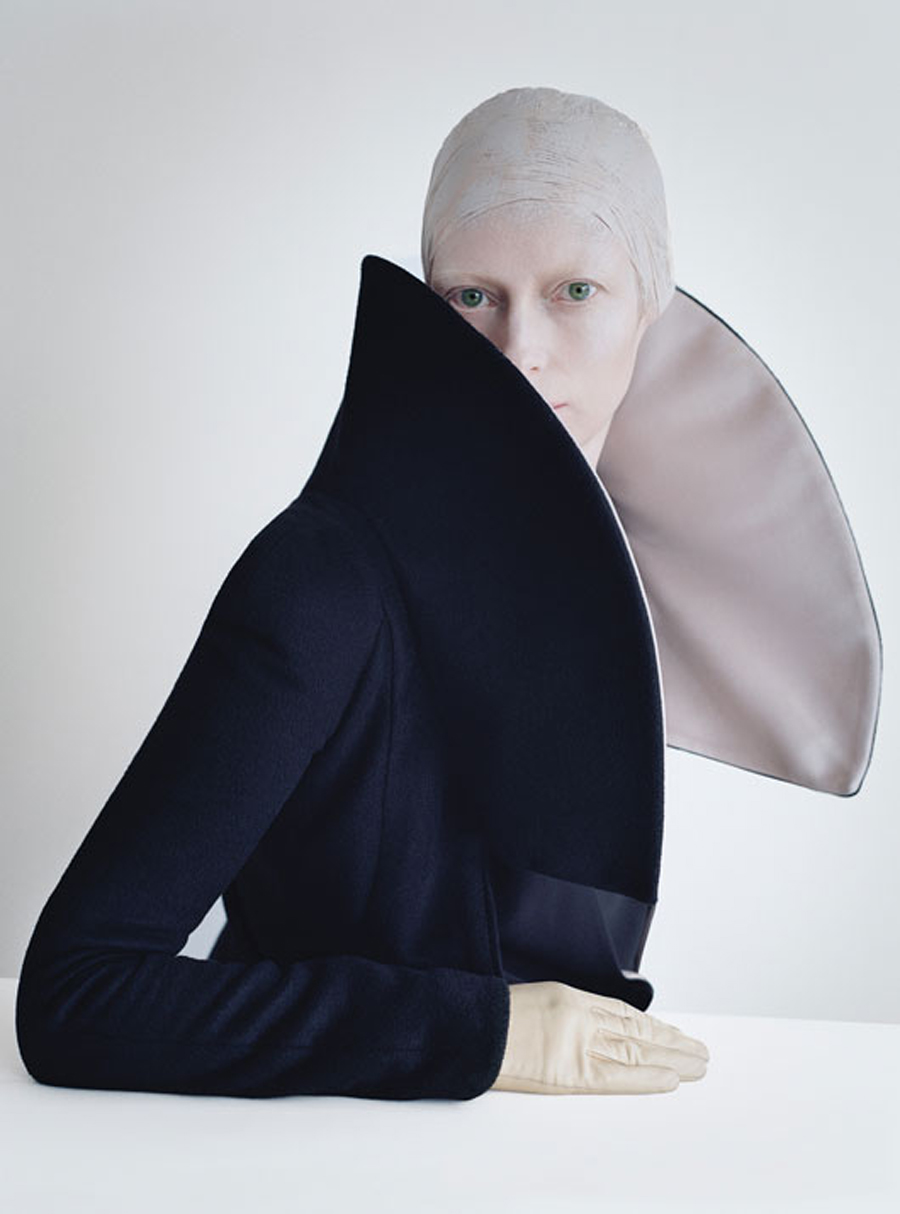