The first teaser trailer for The Iron Lady was released today giving us our first glimpse of Meryl Streep’s portrayal of Margaret Thatcher, England’s first female Prime Minister. The film is directed by Mamma Mia director Phyllida Lloyd, and in the teaser we see actors Roger Allam and Nicholas Farrell playing two conservative party bigwigs giving Thatcher some advice on how to appear more powerful and PM-like in the eyes of the country.  The trailer is not exactly going over well with critics, and The Playlist commented, “it’s all a little obvious, glib and more than a little silly: Streep seems to be channeling her character from “Lemony Snicket,” with a sprinkling of Julia Child, rather than embodying the politician. The prosthetic teeth certainly aren’t helping, and neither is the “La Vie En Rose”-cribbed shot at the end. This isn’t to say that Streep won’t get nominated—obviously, she’s still a force to be reckoned with, and the clip only shows a tiny fraction of what she’ll be offering.” The Weinstein Company is releasing The Iron Lady in prime awards season time on December 16.  To learn more about the film you can visit their official site at TheIronLadyMovie.co.uk. 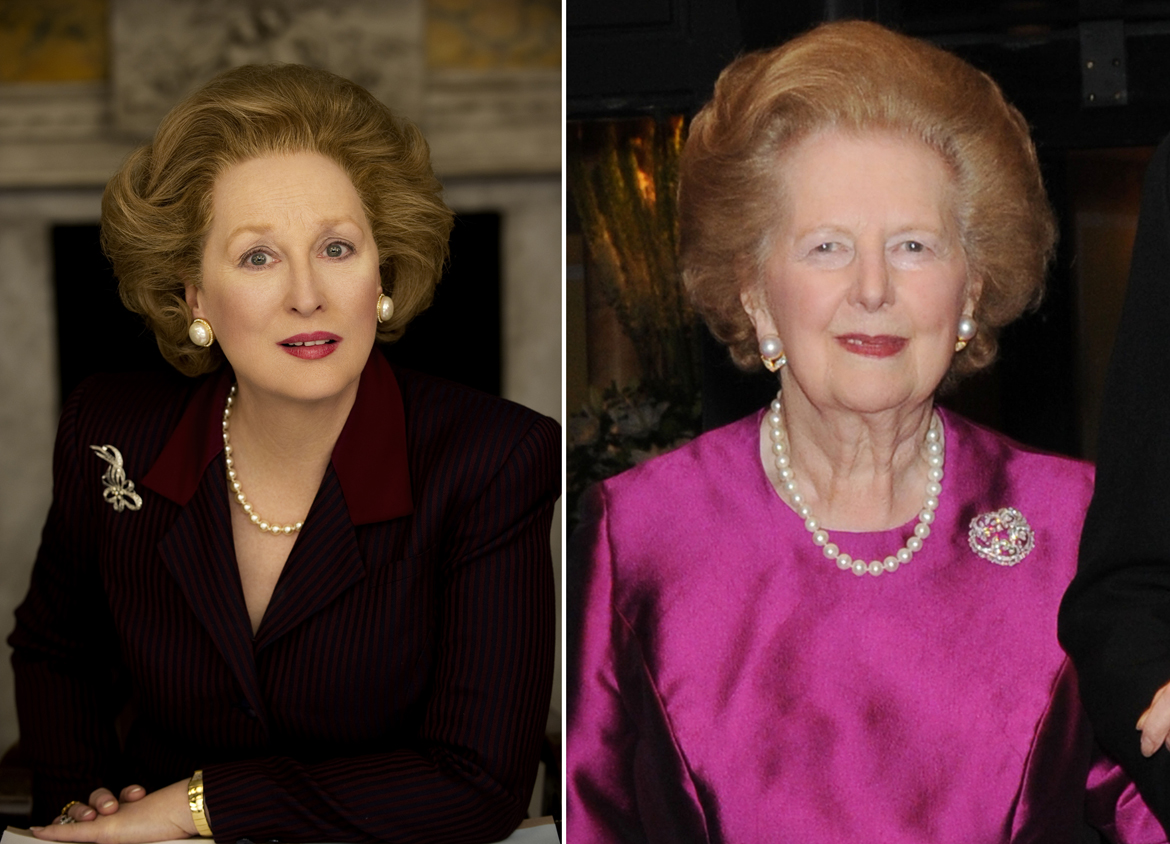