The naked mole rat is not exactly easy on the eyes, but consider the fact that it lives ten times longer than fellow-sized mammals and a different kind of beauty begins to reveal itself.  Apart from its shocking life span, the naked mole rat’s genetic code also allows it to withstand extremely harsh conditions with zero effort, as well as blessing it with near a 100% immunity to cancer, one of the most complex diseases on Earth.  Now British researchers are trying to unlock the DNA secrets of this superhero mouse by sequencing its genome.  The initial draft of the genome has already been completed and uploaded online for fellow researchers to dig into the data looking for the clues.

The naked mole rat is able to live to the ripe old age of 30 while common rats typically die at around the age of 4; and what’s more, the naked mole rat can do this even in an environment where oxygen is scarce.  In the decades of research on these rats not one single death has been reported due to cancer which makes its genetic code a very rich hunting ground for secrets that would provide us with a genetic vaccine against cancer.  Furthermore, research has proven that the naked mole rat feels zero pain in its skin and they are also nearly 100% resistant to strokes (which researchers speculate is not due to their unusually low metabolic rate — there is something else going on here which they have yet to pinpoint).

Around the world there are thousands of researchers working hard on discovering cures for every single disease known to man, and every time I hear of the hard work being carried out by scientists such as these there’s always a huge part of my heart that gives them a giant tipping-of-the-hat along with a big fat bear hug.  Keep up the amazing work everyone! 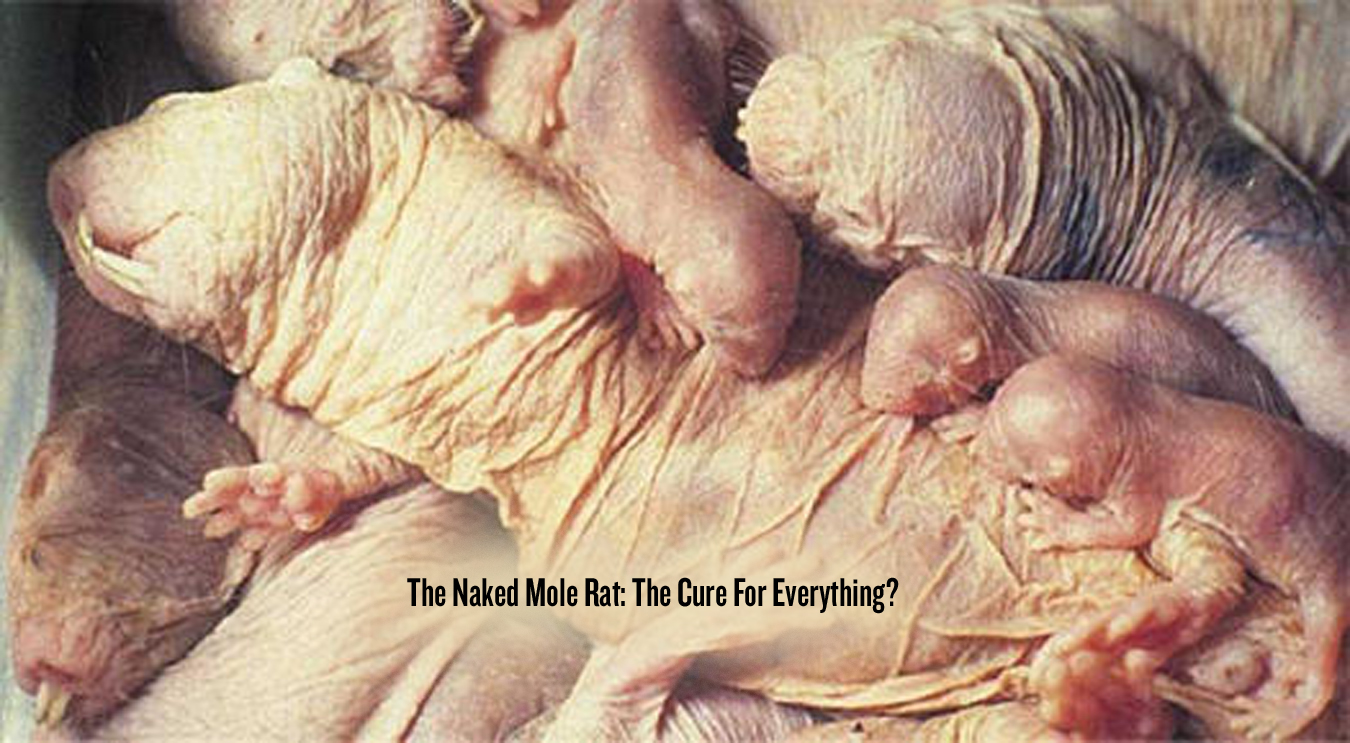