All of the major tech companies have their own special way of running their businesses.  Some of those strategies may pay off in the beginning and falter over time, or some may falter in the beginning and pay off in the long run.  The following organizational diagrams were created by designer Manu Cornet and they give a fascinating distilled glimpse at how the big six tech companies are organized, namely Amazon, Google, Facebook, Microsoft, Apple and Oracle. When Foursquare product chief took a look at the diagrams the only criticism he noted was “These are really great though I imagine there’s a bit more centralized gravitational pull at Facebook than this one suggests.” 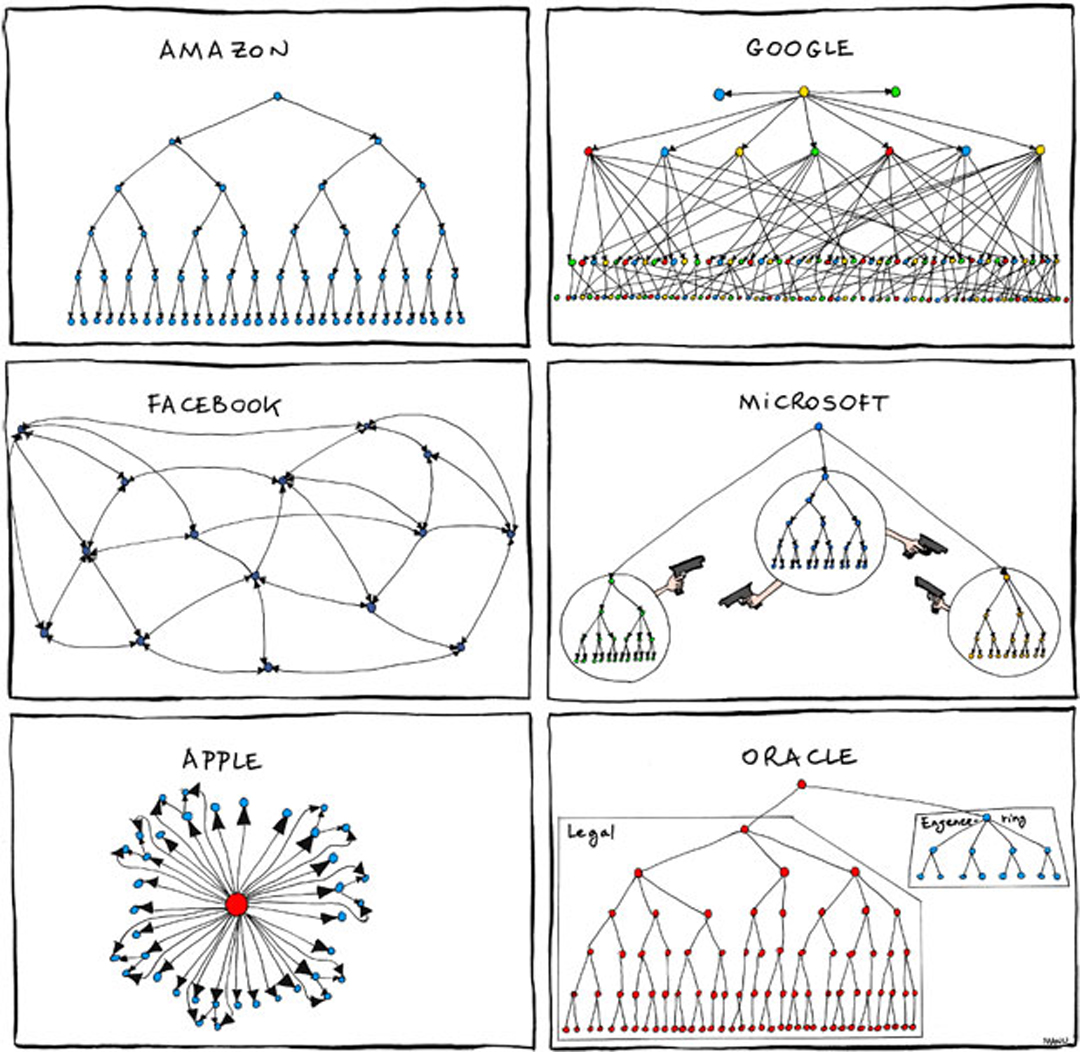