Business Insider is reporting that the Chinese government is on the hunt to buy a “huge chunk” of Facebook, and the pieces of the puzzle are three-fold.  First, Beijing has approached a fund that buys up stock from former Facebook employees, and sources inside the fund told BI that China desperately wants a stake large enough “to matter.”  Second, it has been discovered that CITIBANK is attempting to acquire approximately $1.2 billion of stock for two sovereign wealth funds (one in the Middle East, and one Chinese).  Thirdly, a source from within a “very influential” Silicon Valley investment bank has confirmed to Business Insider that CITIBANK is representing China.  The question is: should this deal be allowed?  BI is speculating that there is “little need” for worry about Chinese authorities browsing through the personal items of Facebook’s 700M+ members. For a company estimated to be worth $100M, a $1B share won’t provide sufficient power to the Chinese to do so.  Furthermore, the stock that China would be acquiring is non-voting stock.  And also, shareholders have zero right to look at what’s on the website.

What has people very concerned is in most countries, wealth funds are separate from the nation’s governments.  But this is not the case in China where the Communist Party has almost complete monopoly of both political and media power which it maintains with tight controls over its instrumentalities. Social media movements such as the Arab Spring uprising have Chinese leaders terrified that the same could happen there and topple their government. And they have relatively the same concerns from a capitalistic perspective as well.  One of the main reasons American businesses fail in China is that the government gives overwhelming priority to locals with regards to regulation.  If Zuckerberg allowed China to own a stake in Facebook it would give him access to the world’s largest online community — 457 million people.  Yahoo, Google and Microsoft have each had disastrous experiences in setting up shop in China, and Zuckerberg is trying to break that streak.  He has visited China last December and plans on returning in September to secure a deal.  But his motives are not going over well inside the company as Chief Operating Officer Sheryl Sandberg is reportedly “wary about the compromises Facebook would have to make to do business there.”

If Facebook enters the Chinese market it will most certainly be required to censor its sites both inside and outside China which is why they want so desperately to own a sizeable piece of the world’s most influential social network.  The likely scenario of a Facebook-China fusion would be the defection of millions of users to other sites such as MySpace (which was recently purchased by Justin Timberlake and Specific Media™.  Read the full story on the MySpace sale HERE).  As Business Insider reports, “The genius of America is that its open and broad market eventually punishes the arrogant and the naïve by allowing choice. So who says MySpace is dead?  Perhaps Rupert Murdoch sold it too soon.” 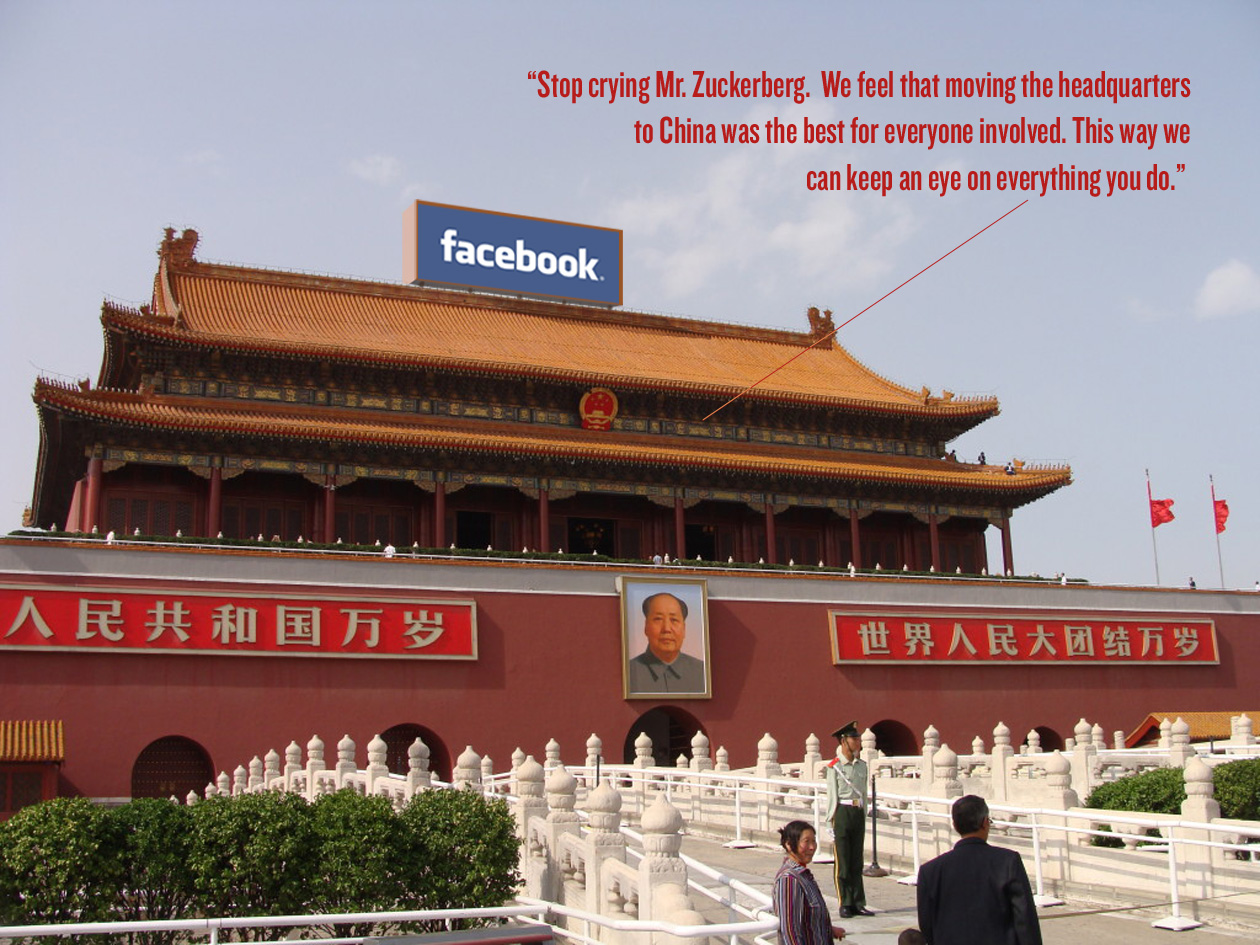