A massive treasure cache was discovered last week in a Hindu temple located in southern India.  The temple was built hundreds of years ago by the King of Travancore in dedication to the Hindu lord Vishnu, and donations by devotees have been kept inside the temple’s vaults ever since. The treasures were found in at least five underground vaults at the Sree Padmanabhaswamy Temple, which is renowned for its highly intricate sculptures, and the gigantic stash of gold and silver jewelry, coins, and precious stones is said to be worth at least $11 billion.  Kerala Chief Secretary, K. Jayakumar, told the press, “We are yet to open one more secret chamber that has not been opened for nearly 140 years.”  The exact value of the items cannot be precisely ascertained until it is professionally examined by state archaeologists, but among the items already discovered is a 6-meter-long necklace and thousands of gold coins.  India gained independence from Britain in 1947 and since that time the temple has been under the control of a trust managed by descendents of the Travancore royal family.  Recently, however, India’s Supreme Court ordered that the temple be managed by the federal government in order to ensure the security of the highly valuable items.  Up until this discovery last week, the Thirupathy temple southern Andhra Pradesh state was thought to be the richest temple in the country with devotee offerings totalling $7.2 billion, and this new discovery has resulted in a swift installation of a maximum security system for the Sree Padmanabhaswamy Temple. 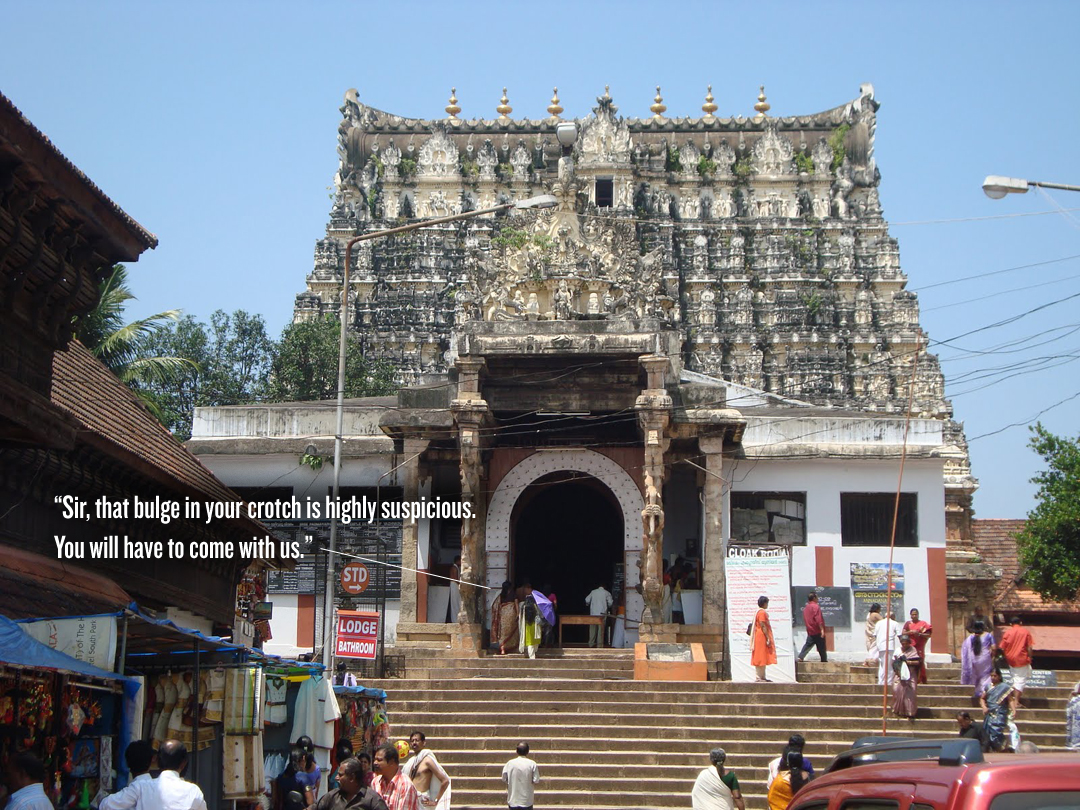