Her new band is barely on its feet yet frontwoman Shannon Funchess already has a stellar reputation in the music industry as an obscenely phenomenal singer with the steely cool of Grace Jones to boot.  She is adored by the likes of LCD Soundsystem’s James Murphy, and has sung backup vocals for numerous artists including TV On The Radio.  As Funchess notes, it’s one thing to perform someone else’s music, but to create your own signature style and message is a whole other ballgame.  As she tells NOWNESS, “I grew up listening to Siouxsie and the Banshees, Depeche Mode, The Cure and The Human League—the new wave and the romantics. Having all these inspirations, it took me a long time to figure out what exactly I was supposed to be doing.” The band’s recent debut EP, In Tension, has just been released and one of its first singles is the synthalicious “A Certain Person”.  The video was directed by filmmaker Eden Batki who tagged along with Funchess and keyboardist Bruno Coviello as they toured the west coast during the summer of 2010.  From the magical forests of Portland, Oregon to a haunted and twinkle-lit Santa Cruz, California hotel, the results are for your viewing pleasure below. You can follow Light Asylum on Facebook, MySpace, Soundcloud, as well as their website LightAsylum.com. 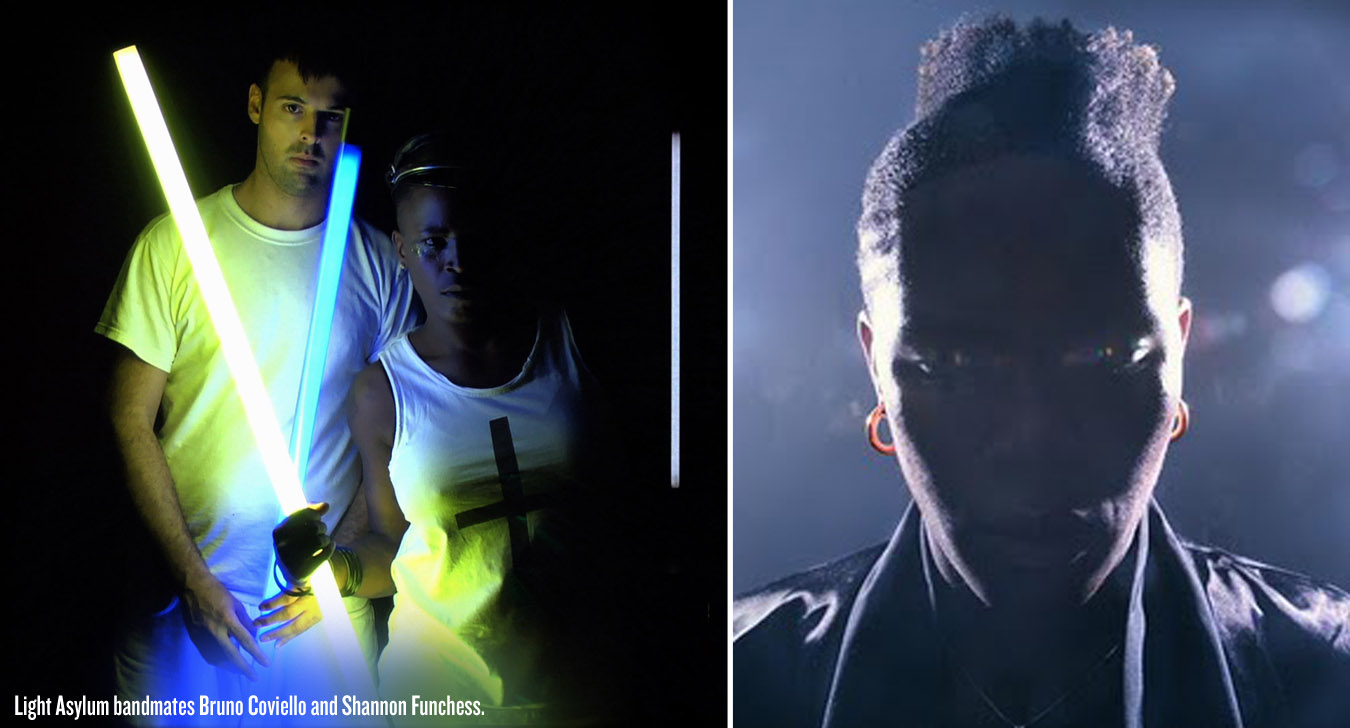