If Citigroup‘s projections hold true, mining tycoon Gina Rinehart will become the wealthiest person on planet Earth, eclipsing the fortunes of well-known billionaires like Carlos Slim, Bill Gates and Mark Zuckerberg. Reinhart is the richest person in Austrialia with a fortune pegged at $9 billion.  Last year her wealth was quadrupled due to the rising cost of iron ore and the explosion of exports to China.  But Forbes is reporting that Citigroup Global Markets is extrapolating her net worth and predict it could climb to as high as $100 billion. Reinhart is the CEO of Hancock Prospecting, the world’s fifth largest mining empire, and the following is an excerpt from the Forbes story:

If Rinehart was a company listed on the ASX, and valued using the same 11-times price-to-earnings ratio as her partner, Rio Tinto, she would be worth $30 billion, putting her in the top 10 of the Forbes rich list headed by Mexican telephone magnate, Carlos Slim, at $US74 billion, with Microsoft founder, Bill Gates, second at $US56 billion. Rinehart, however, has three more mines on the way, and potentially more in the exploration phase. If Rinehart’s three new projects mentioned by Citigroup match the performance of Hope Downs, and if mineral prices stay high (two big assumptions) it is possible to see Rinehart’s portfolio of coal and iron ore production spinning off annual profits approaching $10 billion. If those best guesses prove to be correct, Rinehart is heading for a personal net worth valuation of more than $100 billion, using the Rio Tinto 11-times PE multiple.

This is still just a highly-educated estimation at this point, but Forbes also notes that the forecast for just one of her mines, the Hope Downs mine, has her on course for a net value of $30 billion which would at least make her the world’s richest woman.  That title is currently held by Walmart heiress Christy Walton. What makes Rinehart even more fascinating is that Walton inherited her wealth whereas Rinehart is 99% self-made.  As Forbes points out, when Rinehart took over the company after her father died, Hancock Prospecting was “in shambles” and nearly as close to death as her dad ultimately was.  Gina Rinehart has spent the last two decades building up the company and now it’s paying off in a massive way. To read the full story of Gina’s fascinating climb to wealth, CLICK HERE. 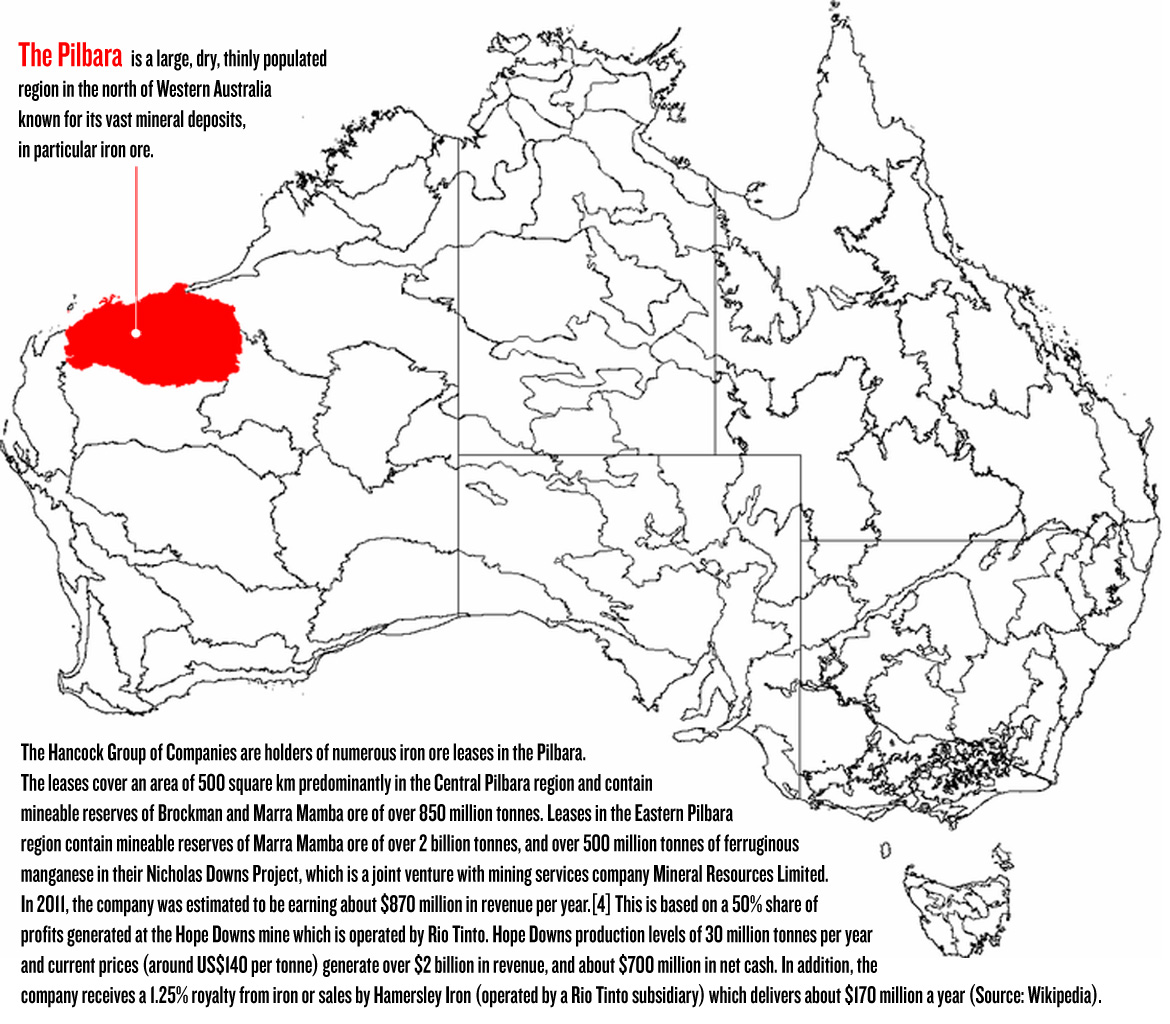