One of the things I admire most about America is its ability to self-mythologize.  Every great civilization has understood the importance of mythology, and Joseph Campbell, the world’s most important figure in the study of myth, defined them as having four basic functions:

And for America the past hundred years of mythology has come from one very powerful voice: Hollywood.  In the latest edition of Intelligent Life magazine, author and film critic David Thomson writes about his belief that the American mythos has been severely damaged by decades of Hollywood’s capitalistic compromises, the film industry’s internationalization, and the pitiful absence of meaning in mainstream Hollywood’s stories.  His fear is that if Hollywood doesn’t return to the days when it was used as a force for positive change, the entire nation’s identity could be headed to a very dark place.  The following are some excerpts from his essay “The State Of Hollywood”:

… When the American film business became international, it moved towards what it believed was material for the 18-24s with franchising prospects: violent, cruel, cool, self-interrupting. The executives listened to the marketeers, and the film-makers had to decide whether to go along with them. The alternative was to go independent, or try television. Both of which meant a drastic cut in income.

… A generation of directors who thought they owned the business as kids in the 1970s had to decide whether to stay part of it or be artists. Steven Spielberg is the only one who may still be able to convince us he’s both: we will see with “War Horse” and “The Adventures of Tintin”. Francis Ford Coppola has gone back to being an artist, while moonlighting in wine and eco-villas. George Lucas exists in the gloom of his own big business. And Martin Scorsese is something of a wreck, trying to have it both ways, making music documentaries (George Harrison next) and television (“Boardwalk Empire”), and still directing movies without firing on so many cylinders (“Shutter Island”). Mostly born in the 1940s, they are of an age still to be our great directors, but they have yielded to a generation of new kids who do what the money demands. You see, we don’t have great directors any more. The computer makes our movies. Its efficient anonymity is the new style: look at the anonymous figures and the metallic sheen of “Black Ops”. That style, a kind of subtle fascism, haunts our films, from “Black Hawk Down” to “Battle: Los Angeles”.

… The picture business likes to tell us, and itself, that it is doing very well. In the first decade of this century, America’s annual domestic box office pushed over $10 billion ($10.89 billion for 2010). But $10 billion, you realise now, is not so great. And in the small print you find that in 2010 1.37 billion tickets were sold, whereas in 2002 it was 1.58 billion—so in eight years, 13% of the audience has melted away. In the 1940s, as war ended and families were reunited in the dark, the figure was 4 billion tickets a year. And the population of America was half what it is now. That’s what “mainstream” once meant.

… This is where Hollywood and America need to confront each other. If Hollywood no longer functions as a positive cultural influence, why tolerate that daft sign, why not let Los Angeles be whatever it is (see Paul Thomas Anderson’s “Magnolia”, Robert Altman’s “Short Cuts”, David Lynch’s “Mulholland Dr.”, and Curtis Hanson’s “L.A. Confidential”), and why not relieve America of the maddening burdens of “no business like show business” and being “the greatest country on earth”? Do you see how those clichés resemble the label stuck up on the hillside, urging the city, its children and its huddled masses to settle for symbols and a shaky past?

… But I do mean you, and me, and our prospects for intelligent life. I mean the realisation that “Hollywood” is deceased, and deranged—a dangerous ghost. I am thinking of its grim legacy of rousing catch-phrases in our public life: “mission accomplished”, “no child left behind”, “the show must go on”, “a well regulated militia”, “the remaking of New Orleans”, and even “orderly change”.

To read this fascinating essay in full be sure to visit Intelligent Life. 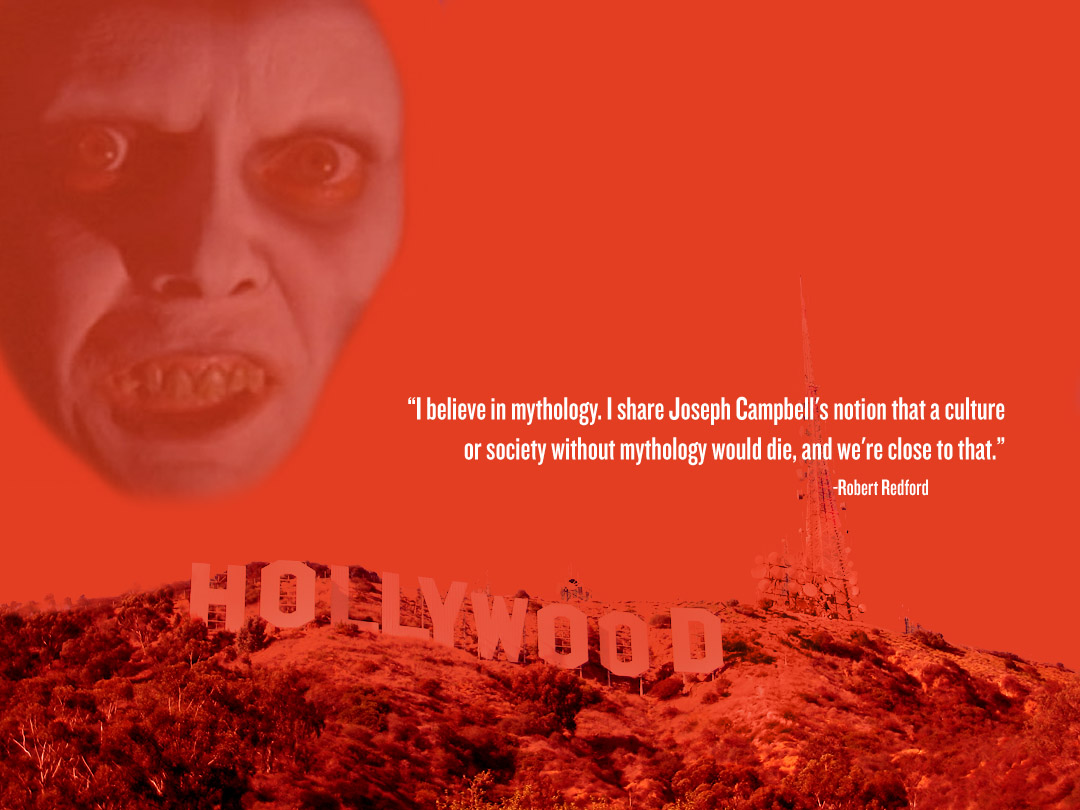 Previous post:
Graphic Designer Laia Clos’s Graphic Notation System Turns Vivaldi Into Shapes And Colors Next Post:
How The Clash Project Is Taking Fashion To The Next Level