Last year Graphic Designer, Laia Clos, wanted to make a gift for her clients.  Her concept was the linking of music, graphics, and data visualization, and in the process of creating these gifts she ended up stumbling into a much bigger project.  Known as “Lesquatrestacions”, Clos has evolved her small seed of an idea into an entire graphic notation system of interpreting musical “texture”.  In an interview with Co.Design, Clos says, “It somewhat simplifies the complexity and mathematical structure, making it accessible to the viewer through a visual narrative.” Below you will see the score of Vivaldi’s Four Seasons, as well as a zoomed-in view of “Primavera” translated into geometric shapes and colors (press play on the music and follow along to Clos’s graphics). To purchase your own poster(s) you can visit Tomedicions. 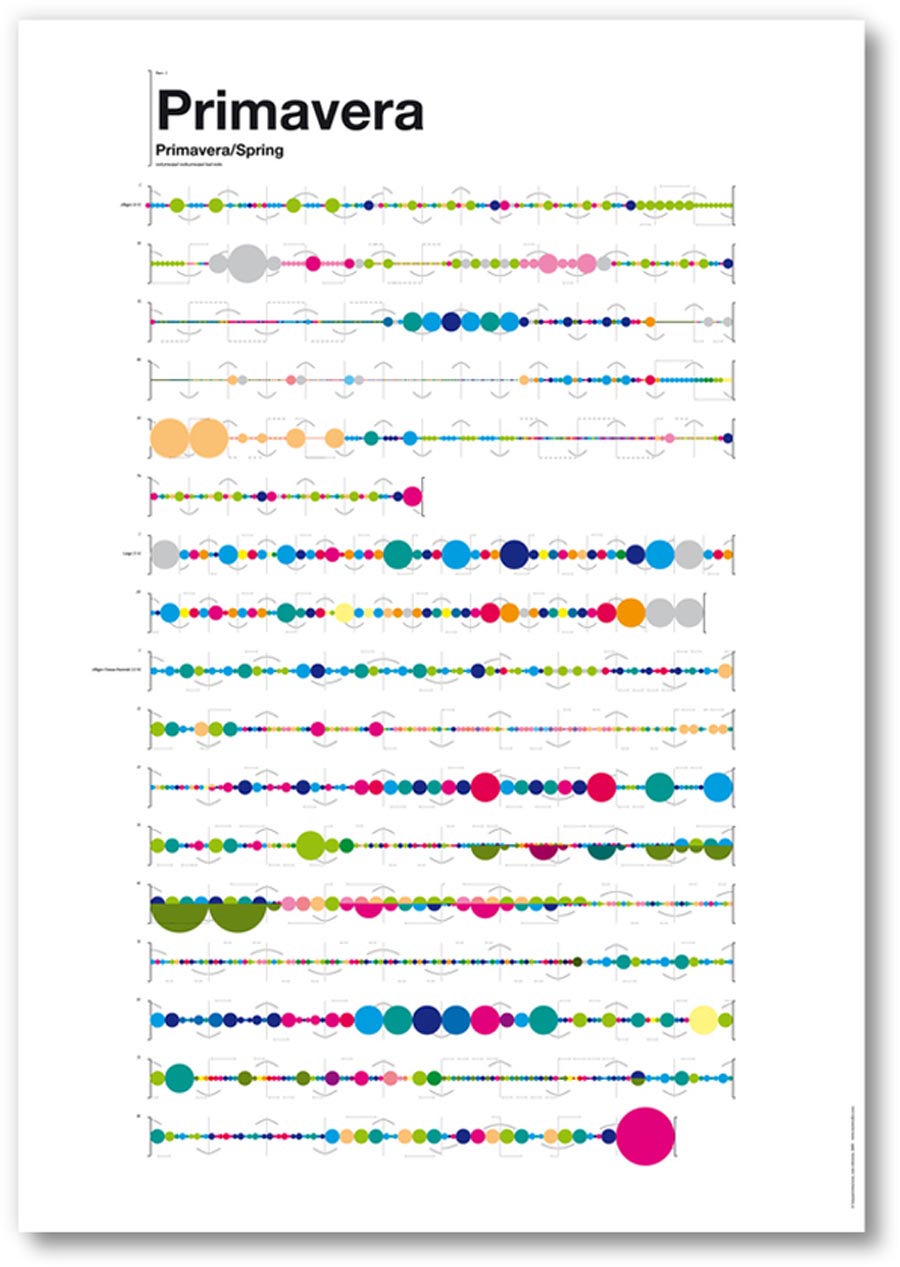 Previous post:
Interview Magazine Talks With Amanda Lepore, The Most Glamorous Transsexual In The Universe Next Post:
Intelligent Life Looks At The Decay Of Hollywood And Its Erosion Of American Mythology