Physicists Malte Gather and Seok-Hyun Yun of Harvard Medical School have developed the world’s very first biological laser.  The most extraordinary part of this news is the fact that the laser they developed exists inside of one single cell.  The researchers used cells derived from a human kidney and added the DNA codes of the Green Fluorescent Protein (GFP) thereby creating the “biolaser”. The list of groundbreaking applications for biolasers is virtually endless, but scientists are particularly excited about two areas of research: fighting cancer with light-based therapeutics deep inside the body, as well as the connection between biotechnology and optical communication.  Your brain’s neuron cells could some day soon be fitted with this GFP code — turning your brain into a wi-fi beacon able to communicate with exterior devices (imagine simply having to think about opening a new browser window and it’s done).  This would also allow disabled people to use computers by bypassing the keyboard and the mouse entirely.

Kurzweil reported on why this discovery falls under the category of “laser” instead of simply a glowing cell: “The researchers then placed some of the cells producing GFP between two mirrors just one cell’s width apart. They then pumped the GFP with another laser, one that sends pulses of blue light. Inside the tight cavity, the light bounced back and forth, amplifying the emission from the GFP to a coherent green beam [you can read the full report in Nature Photonics].” And furthermore, biolasers cells can continually make new GFP. “We might be able to make self-healing lasers,” Gather says. 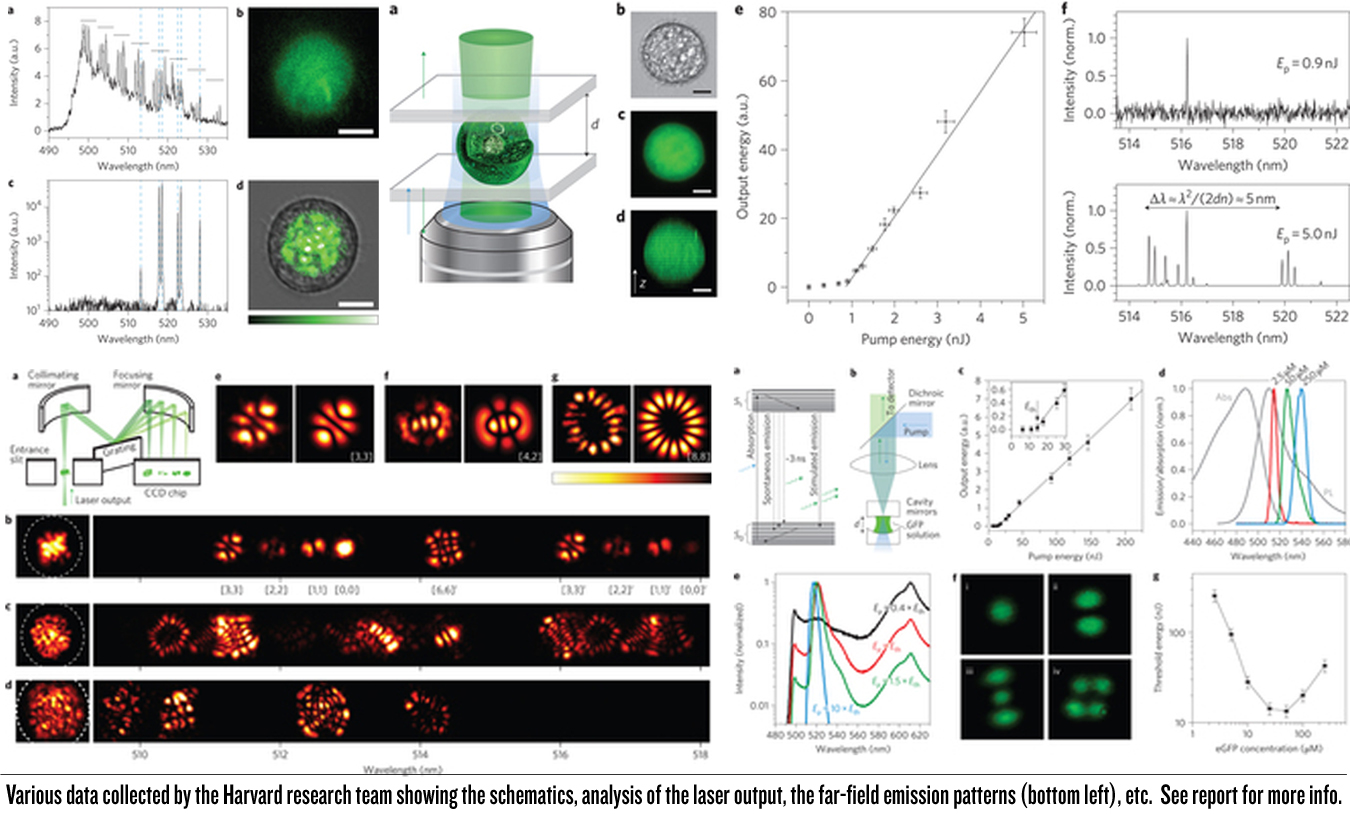 Previous post:
Karim Rahid’s “Knowledge In The Brain” Bookends Next Post:
FEELguide EDITORIAL | The Dirty 30s: The Search For Mid-Life Meaning In The Modern World