Tragedy speaks to us in different ways.  For some people it can result in a black cloud that cripples them for the rest of their lives, and for others it serves as an affirmation of all that is beautiful.  This is what happened to the owners of a home on Fishers Island in New York when a fire destroyed their home.  Instead of letting the devastating event get the better of them, this museum director and his wife decided to turn the fire into an incredible new beginning and approached Tom Phifer and Partners to design them a long, narrow glass and steel home to frame and maximize the surrounding gorgeous views of both the water and the gardens.  Further blending the magnificent house into its site is the fact that the home’s ceiling height of eleven feet matches exactly the height of the pruned apple trees that border the southern-facing front door.  A phenomenal achievement in design and personal triumph, the home is not only 100% transparent to the gardens, the water, and the sky, the Fishers Island House also serves as a beautiful example of the power of art and architecture to heal a wounded soul and give our lives deeper meaning.  The architects describe the project as such:

“Woven into the landscape, this is an architecture of subtlety, a precisely grounded yet quasi-weightless structure, an ethereal rectangle, planted between two existing woods. Like feathery fronds, the trellis reaches toward the bordering leafy branches, while the pavilion’s interior floor plane—fully visible through the glassy, Miesian shell—continues outward, its surface of ebonized bamboo transformed into an exterior plinth of Indian black granite, a walkway, finely striated with shadows from the diaphanous, metal canopy above. Freestanding in parallel alignment, the interior walls never meet the enclosure. Instead, they form a virtual box within a box, an implied inner volume. These parallel planes channel long vistas out toward water and garden, only allowing the seascape’s wide, rugged panorama to emerge in full view at the house’s far side. More than a one-bedroom retreat for a former museum director and his wife, this is also a place of extraordinary 20th century paintings, sculptures, and glassware—much of it conveying a sense of buoyancy or levitation that echoes the pavilion’s lightness. The artwork always figures into view out, even if only peripherally. Conversely, from the gardens, this colorful indoor collection projects a presence outdoors. In the animated interplay between landscape and art, in the shifting ambiguities between inside and out, the design achieves exceptional balance.”

To learn more you can visit the designers’ website at TPhifer.com. 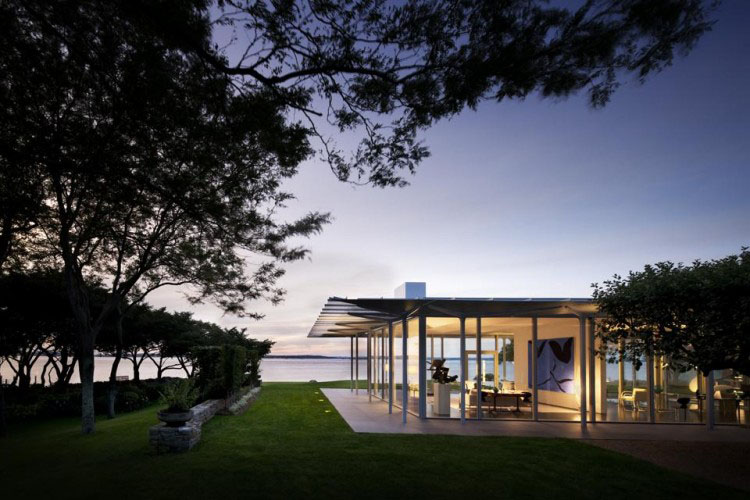 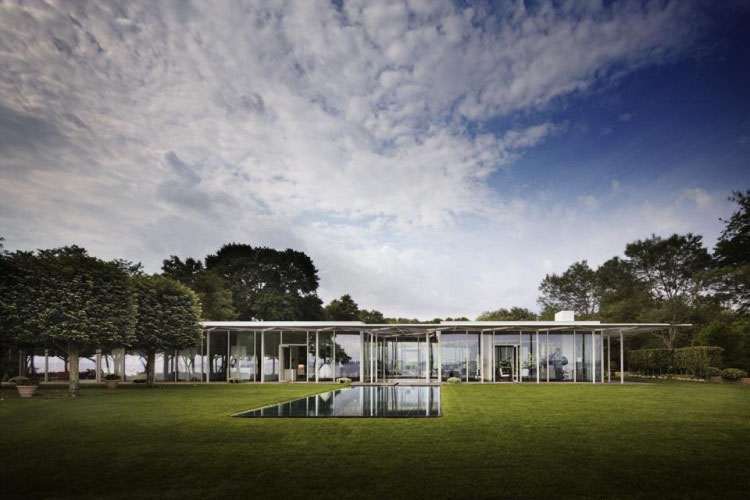 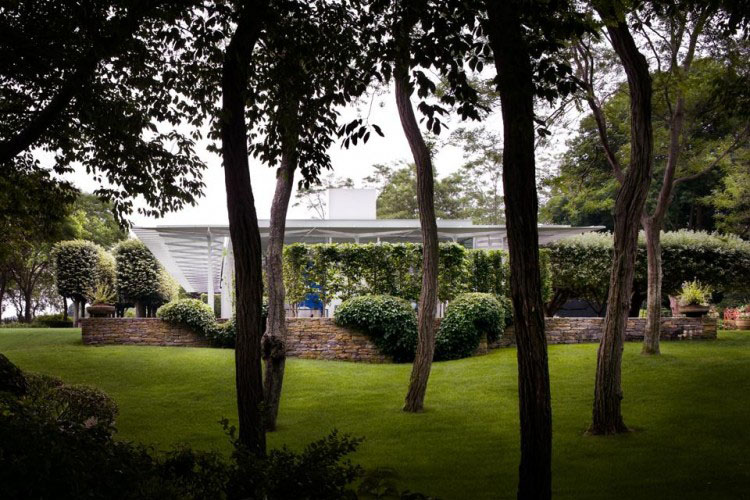 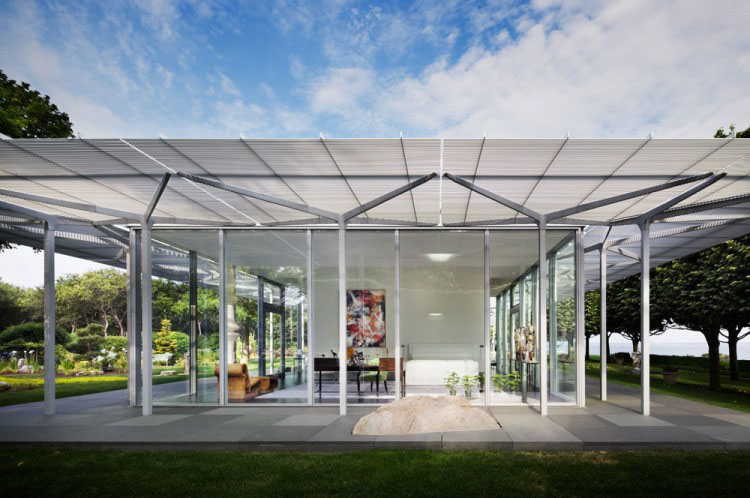 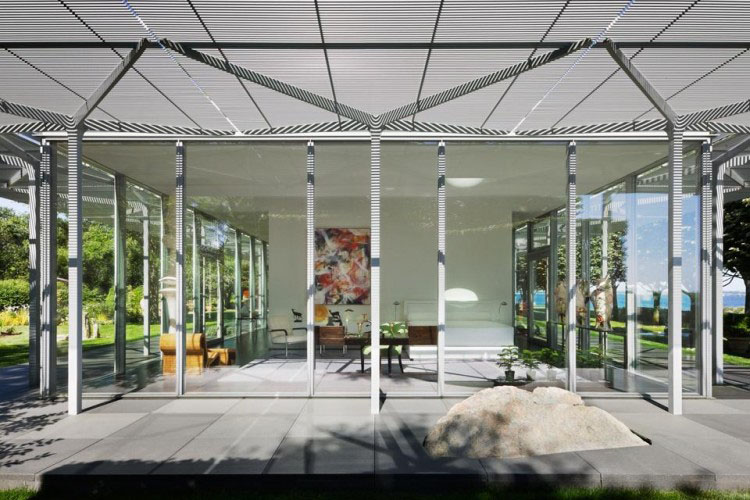 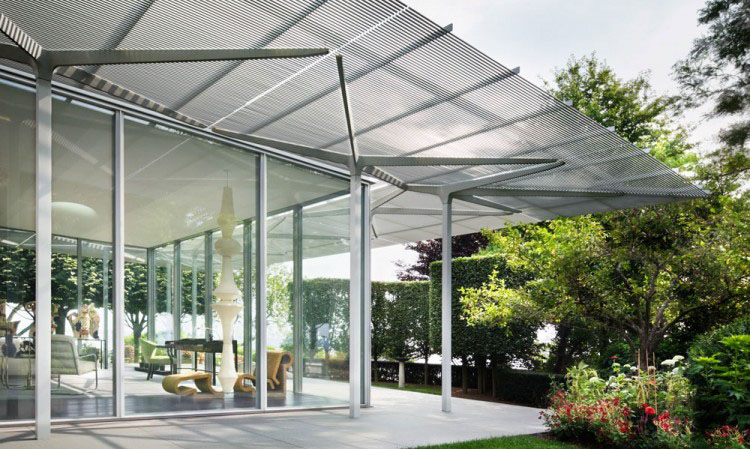 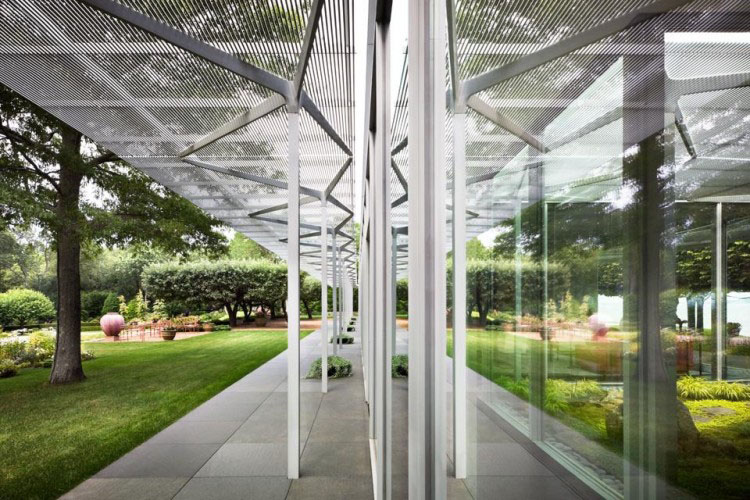 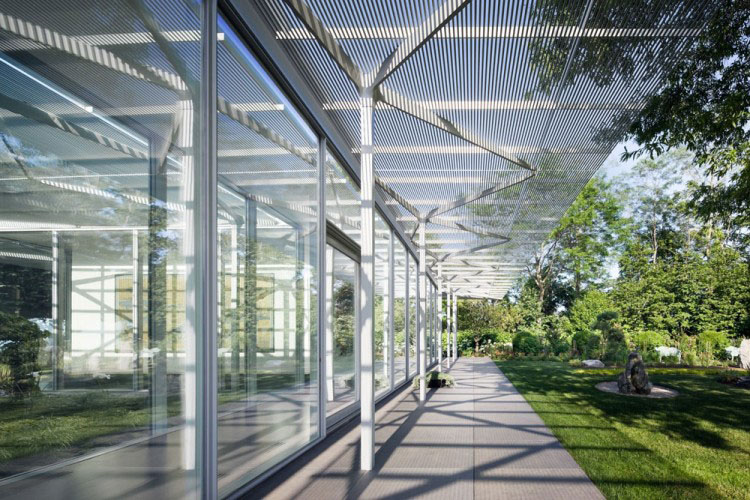 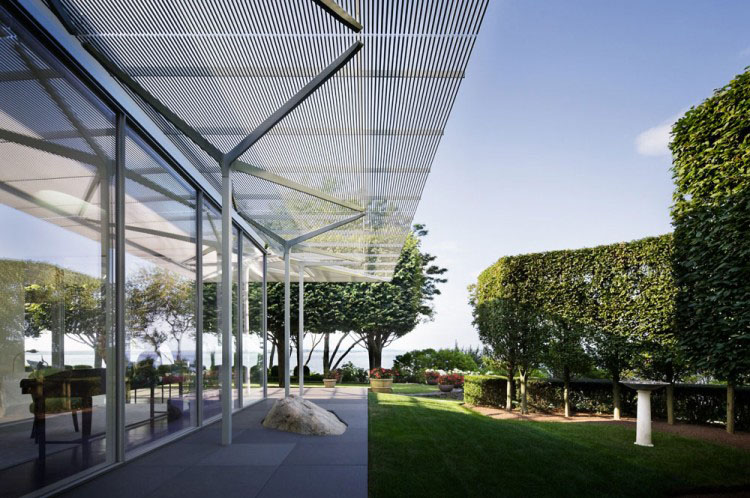 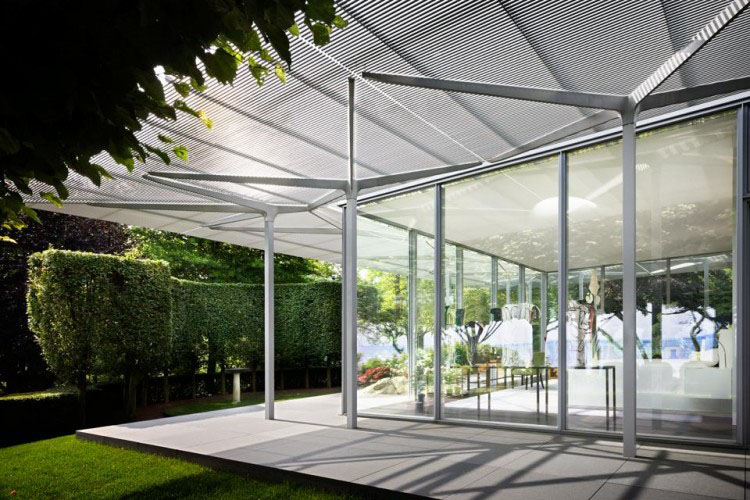 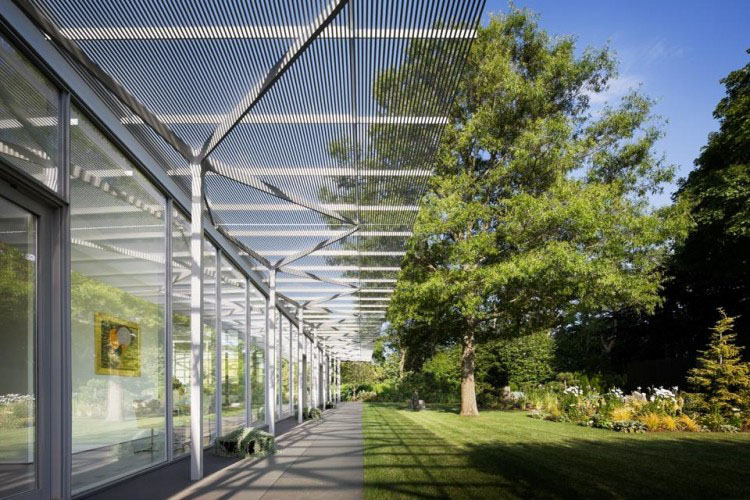 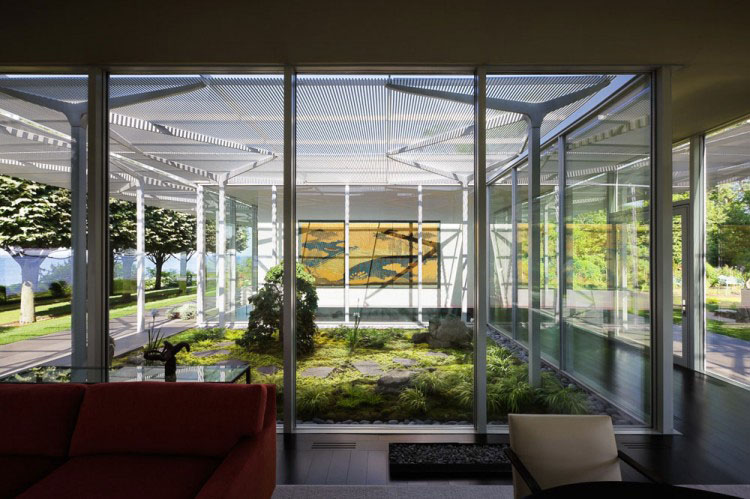 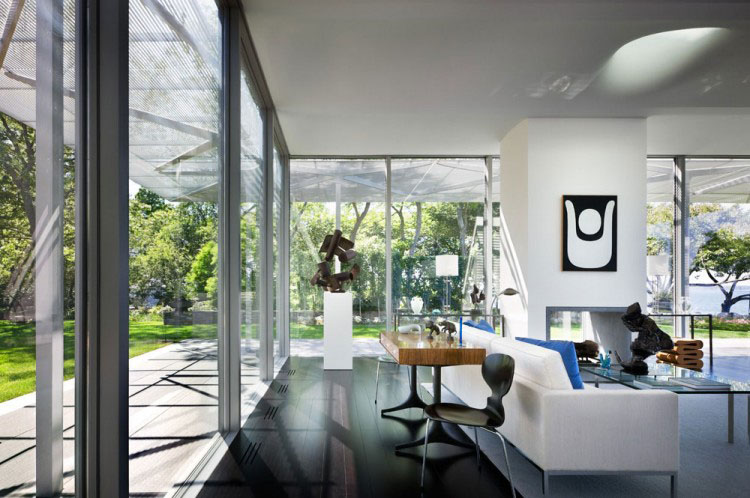 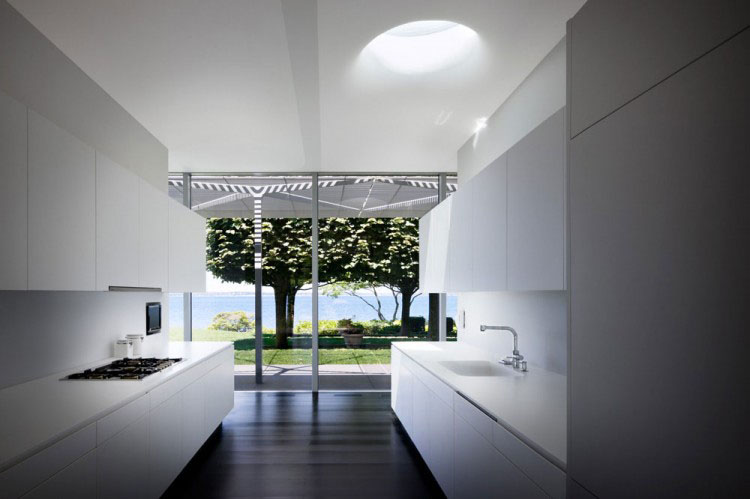 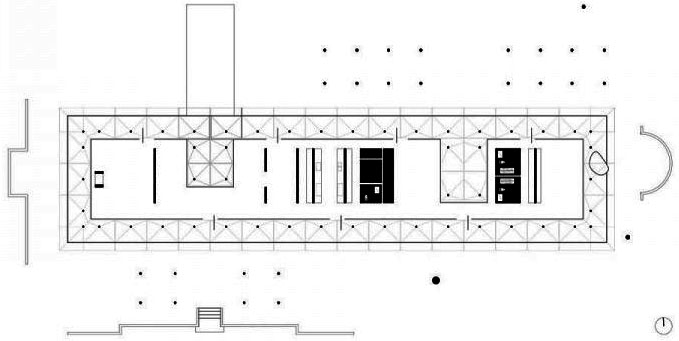 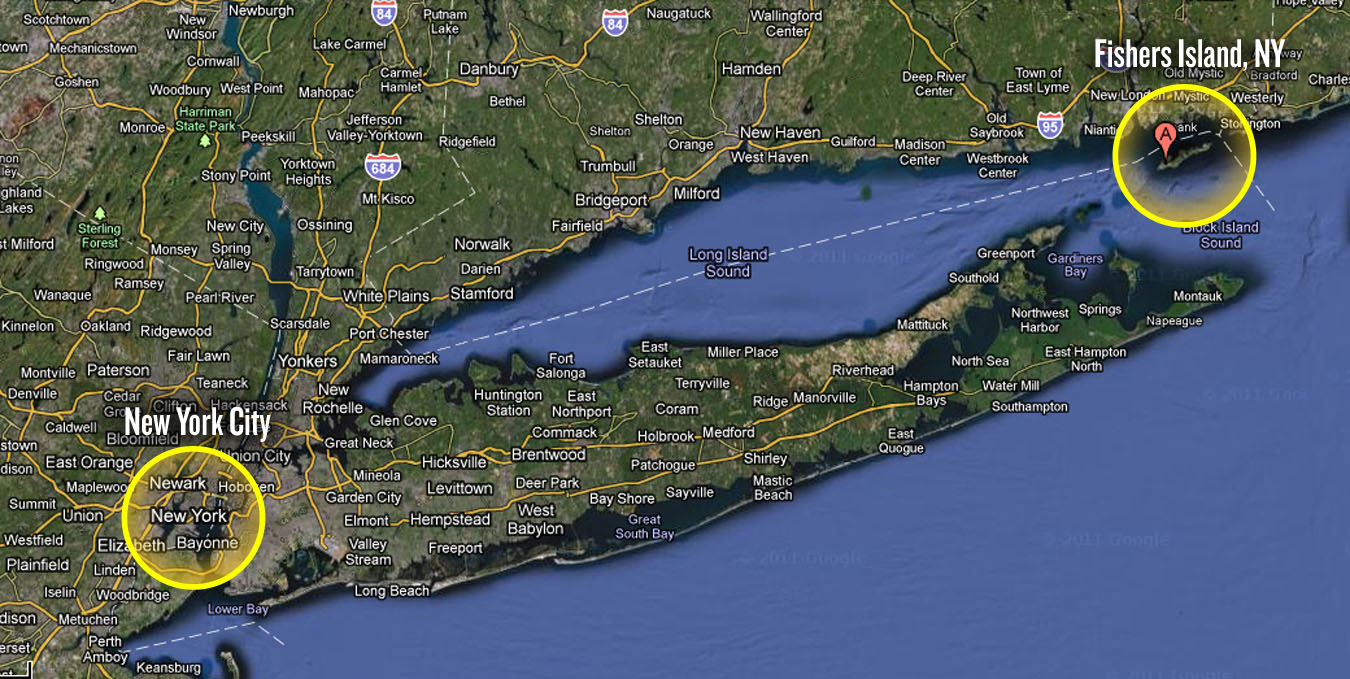 Previous post:
Quotalicious Next Post:
The Fascinating Story Of Einstein’s Childhood, His Rebellious Youth, And His Definition Of God