I got all school-girl-giddy yesterday when Active Child (a.k.a. singer/songwriter/harpist Pat Grossi) posted on his Facebook page, “First single / release from the album drops tomorrow!!! Featuring some silky smooth guest vocals from my friend How to Dress Well. The wait is over……” And being a true man of his word, he just posted a link to Pitchfork’s preview of his new song “Playing House” with guest vocals from the mindblowingly talented Chicago-based R&B warper Tom Krell, better known as How to Dress Well.  I must say though, I’m not exactly jumping through the roof with joy on this one.  It’s certainly a departure from his previous, more ethereal and darker album Curtis Lane — which is not a problem.  The problem for me is I find it tips dangerously close towards being a bad cross of New Kids On The Block and Alexisonfire.  At the end of the day Grossi’s number one priority is to put out into the world the sound and the music he is hearing in his head.  So I give him serious props for that.  His album You Are All I See is scheduled for release on August 23 via Vagrant. For all Active Child-related posts on FEELguide CLICK HERE.

SEE ALSO: The Greatest Song In The World (As Of Right Now)
SEE ALSO: How To Dress Well: The Most Amazingest, Brilliantest, Incrediblest Band In The Whole World 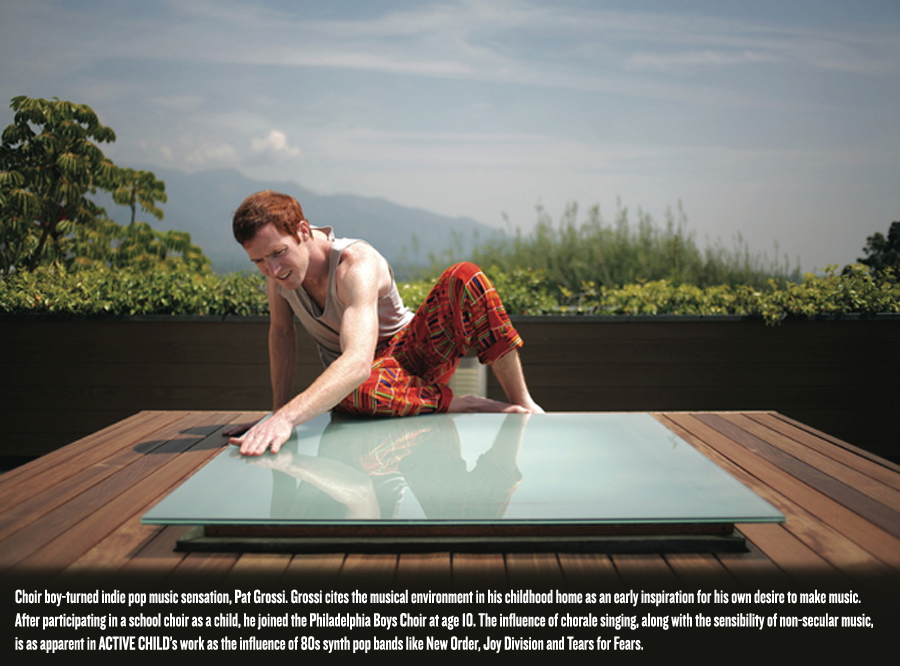 Previous post:
How And Why Is The German Board Game “Settlers Of Catan” Taking Over The World? Next Post:
Katie Couric Discusses Her Upcoming ABC Talk Show And Makes It Clear “Nobody Can Replace Oprah”