The past century has seen more death, war, atrocity, and spilled blood than we can even wrap our heads around, but this new inforgraphic entitled “100 Years of World Cuisine” makes an excellent attempt at doing just that.  By using various volumes of blood to match the proportion of deaths that occurred in each tragedy, it hits the message home of the massive scale of tragedy that we have inflicted on ourselves over the past century.  Artists Clara Kayser-Bril, Nicolas Kayser-Bril and Marion Kotlarski, explicitly wanted to associate a “shocking, gory picture, like the reality of war” to these statistical numbers, a “context, like a scale on which we could visualize each conflict next to the others.” You can learn more at 100YearsOfWorldCuisine.com. 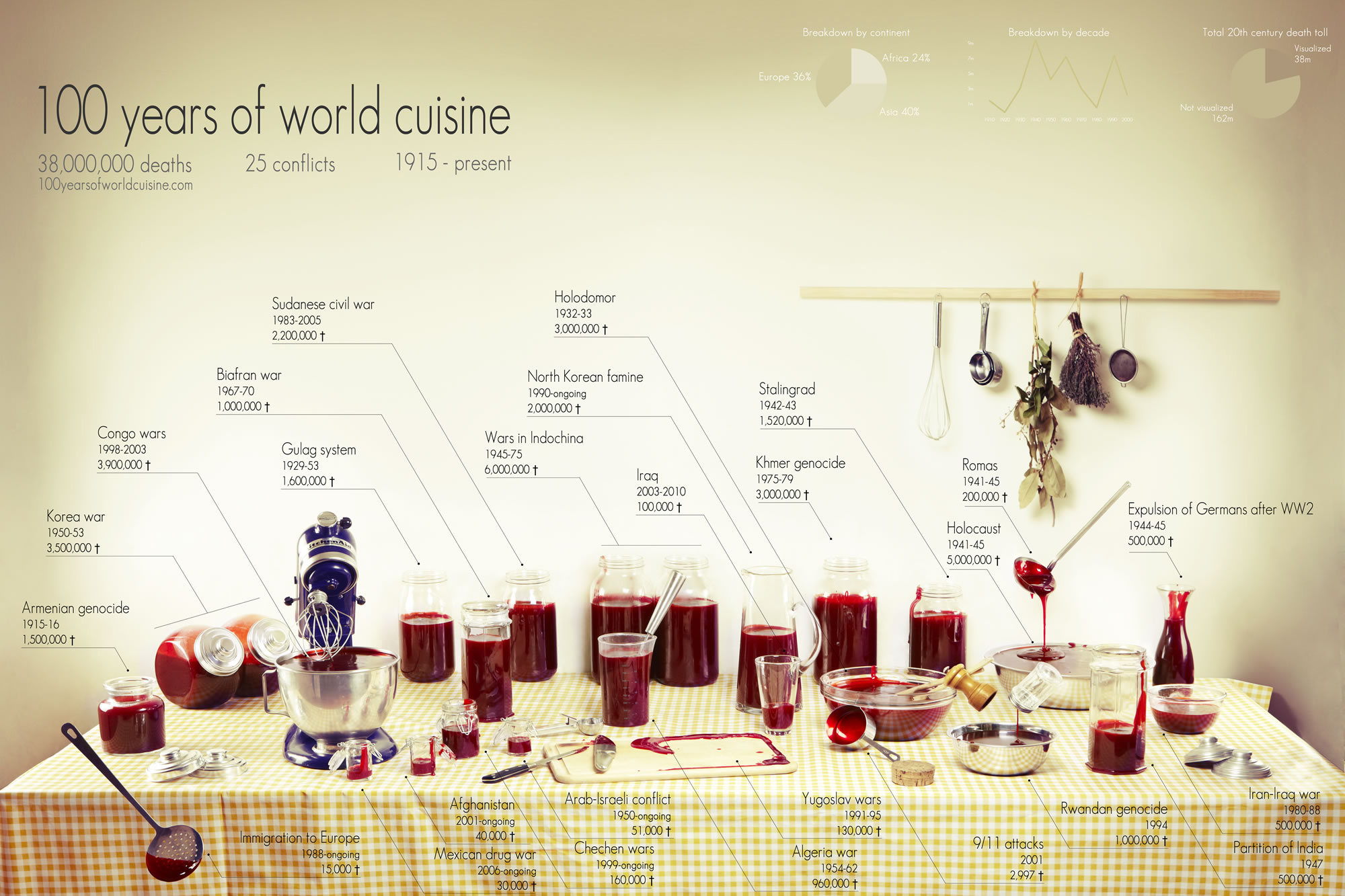