Here’s what Sarosh Jacob had to say about his snorkelling experience in Palau’s Jellyfish Lake: “Jellyfish Lake is located on Eli Malk island in the Republic of Palau. Twelve thousand years ago these jellyfish became trapped in a natural basin on the island when the ocean receded. With no predators amongst them for thousands of years, they evolved into a new species that lost most of their stinging ability as they no longer had to protect themselves. They are pretty much harmless to humans although some people with very sensitive skin may get a minor sting from them. If you are allergic to jellyfish you should wear a wetsuit or protective clothing. These fascinating creatures survive by sharing a symbiotic relationship with algae that live inside of them. At night, the jellyfish go down to the depths of the lake where the algae feed on nutrients. During the day, the jellyfish come back to the surface and follow the sun across the lake in a massive migration. The algae convert the energy of the sun via photosynthesis into a sugar that feeds the jellyfish. It is not possible to scuba dive in this lake because the nutrient rich layer at around 50 feet and below contains hydrogen sulphide which is highly toxic to humans. If a scuba diver was to swim in that layer, the toxins would enter the body through the skin and that exposure could be fatal. Snorkeling however, is perfectly safe and if you ever find yourself in Palau one day, you should make your way to this special place. The experience of swimming through millions of jellyfish is quite surreal and Palau is the only place in the world where you can do just that!”

Sarosh filmed his experience with a Canon 5D Mark II, Simga 15mm Fisheye Lens and Aquatica Housing, and the music is “Nude” courtesy of Radiohead. To learn more you can visit Sarosh at Vimeo or SaroshJacob.com. 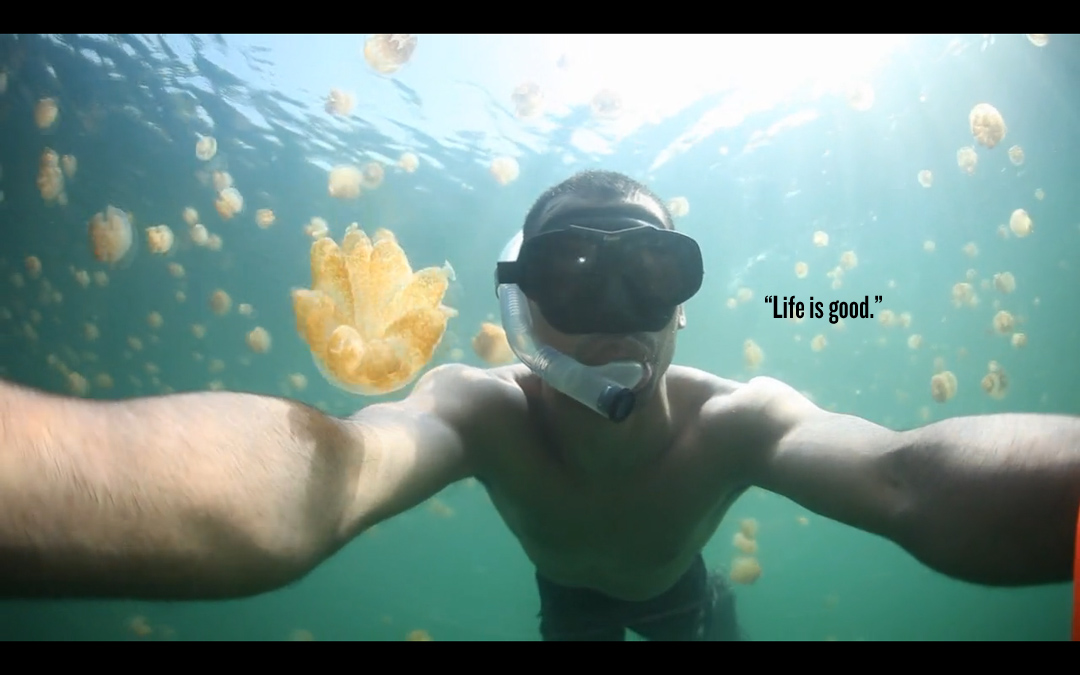 Previous post:
The Sublime Aerial Photography Of National Geographic’s Robert B. Haas Next Post:
One Of The Most Insane Lightning Strikes Ever Captured On Video