Maureen Dowd of The New York Times just published this great op-ed piece about the Dominique Strauss-Kahn rape allegations and the Arnold Schwarzenegger bombshell that he fathered a child with his long-time maid and kept it hush hush from Maria for 13 years.  Here’s an excerpt:

Oh, she wanted it. She wanted it bad. That’s what every hard-working, God-fearing, young widow who breaks her back doing menial labor at a Times Square hotel to support her teenage daughter, justify her immigration status and take advantage of the opportunities in America wants — a crazed, rutting, wrinkly old satyr charging naked out of a bathroom, lunging at her and dragging her around the room, caveman-style.

… In Washington, they have now nicknamed the street that separates the I.M.F. and the World Bank, where Paul Wolfowitz lost his job over financial hanky-panky with his girlfriend, the Boulevard of Bad Behavior. These are the two institutions that are globally renowned for lecturing the rest of the world on discipline and freedom, when it’s the West that’s guilty of recklessness and improvident behavior. First in finance, then in sex.

… The young woman escaped horrors in her native Guinea, a patriarchal society where rape is widespread and used as a device of war, a place where she would have been kicked to the curb if she tried to take on a powerful man. When she faced the horror here, she had a recourse.

To read the full op-ed piece be sure to visit The New York Times. 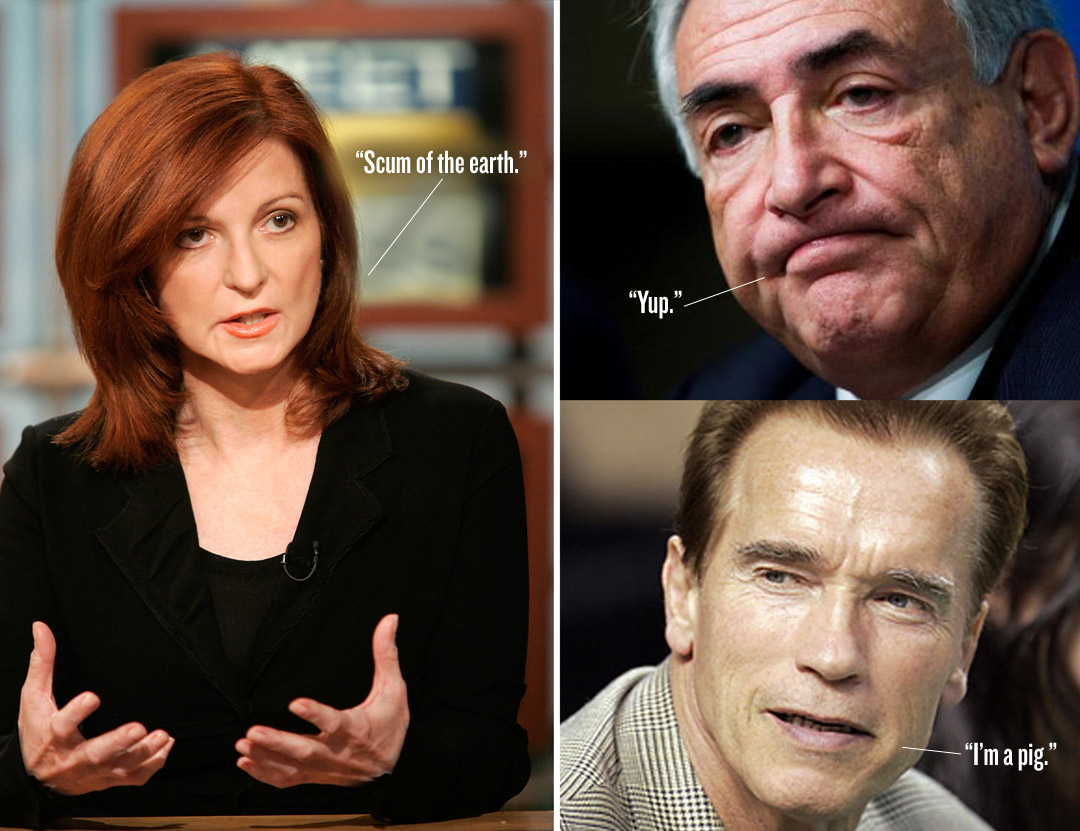