New York Times Infographic Ranks Your Religion vs. Your Salary

A brilliant piece in The New York Times published last week takes an ingenious comparative analysis of religion vs. income.  The data is assembled with the y-axis charting the percentage of each religion’s households earning an income greater than $75,000/year, and the x-axis charts the religion’s average college graduate rate.  The data indicates that Jewish households earn the most income, whereas Pentecostal incomes are the lowest (I’m going to blame this latter Pentecostal stat on bad karma seeing as how it’s arguably the most judgemental of all religions — “Mouaaaaaahahaha!”) But The Times points out the most fascinating conclusion of all:

Many factors are behind the discrepancies among religions, but one stands out. The relationship between education and income is so strong that you can almost draw a line through the points on this graph. Social science rarely produces results this clean.

To read the full article with more analysis be sure to visit The New York Times. 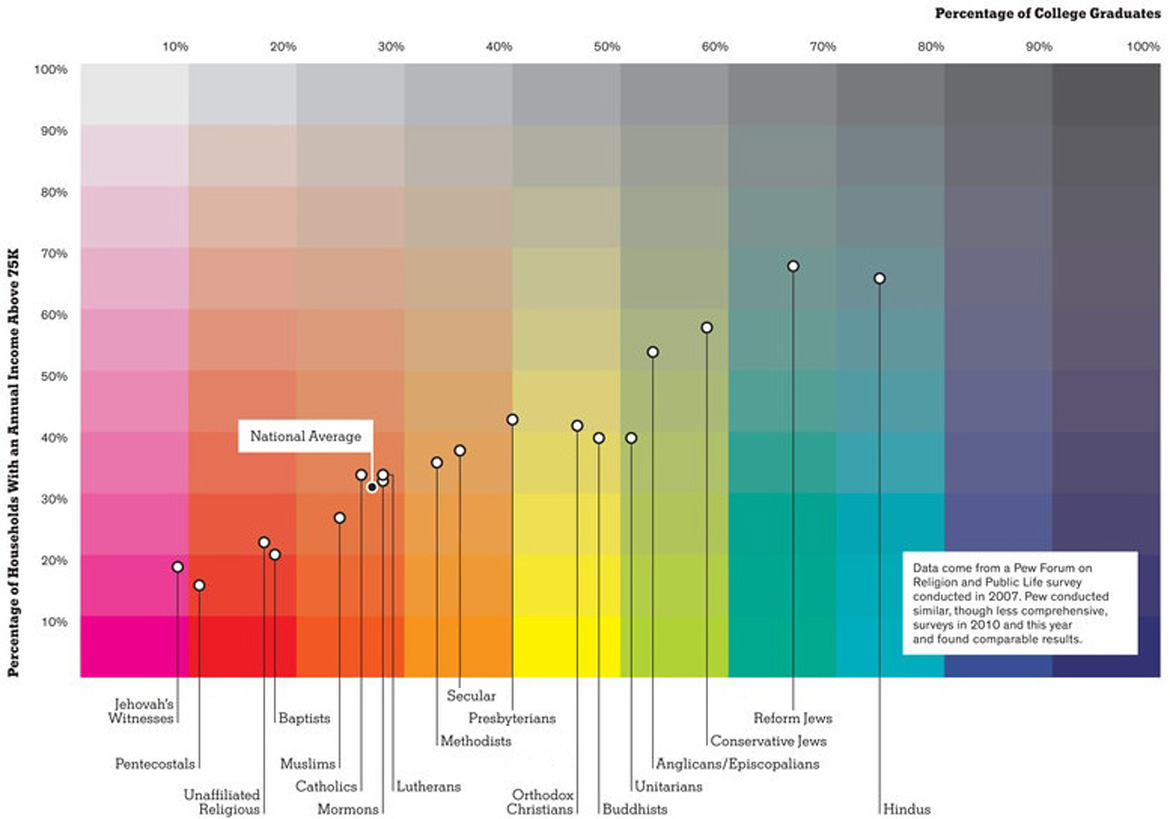