Did You Know: The Eternal Golden Ratios Of The Cheops Pyramid In Egypt

I came across this extraordinary image of a cross section through the Cheops Pyramid in Egypt detailing its use of the “golden ratio” {In mathematics and the arts, two quantities are in the golden ratio if the ratio of the sum of the quantities to the larger quantity is equal to the ratio of the larger quantity to the smaller one. Other names frequently used for the golden ratio are the golden section (Latin: ‘sectio aurea’) and golden mean. Other terms encountered include extreme and mean ratio, medial section, divine proportion, divine section (Latin: ‘sectio divina’), golden proportion, golden cut, golden number, and mean of Phidias)}. 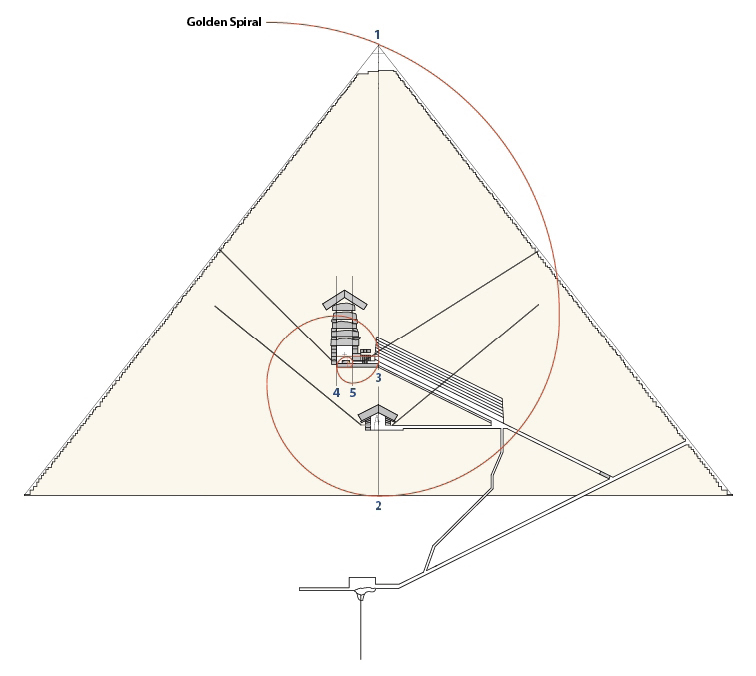 And thirdly, here is an explanation of diagram #3: the triangle AEK is an approximate silhouette of lateral sides of the Cheops’ pyramid. The shown silhouette of lateral sides is approximate as the angle of heptagon AEK with top in the point K has size 360/7=51,429 degrees (51 degrees 25,71 minutes), and the angle of incline of lateral sides of the Cheops’ pyramid has size 51 degree 50 minutes. Builders compensated the existing difference by addition of size of human growth AH to height of triangle AEK. Namely builders of the Cheops’ pyramid have placed in top of a triangle and have conditionally placed a figure of a man at top of a pyramid and as a result have received corner EKX with top in the point K which have size 51 degrees 50 minutes. Namely if the height of triangle XEK is 318 cubits then height of triangle AEK is approximately 314 cubits provided that a height of human growth is 4 cubits.

The Pyramid of Cheops (also known as The Great Pyramid of Giza and the Pyramid of Cheops) is the oldest and largest of the three pyramids in the Giza Necropolis bordering what is now El Giza, Egypt.  It is the oldest of the Seven Wonders of the Ancient World, and the only one to remain largely intact. Egyptologists believe that the pyramid was built as a tomb for fourth dynasty Egyptian Pharaoh Khufu (Cheops in Greek) and constructed over a 14- to 20-year period concluding around 2560 BC. Initially at 146.5 metres (480.6 ft), the Great Pyramid was the tallest man-made structure in the world for over 3,800 years, the longest period of time ever held for such a record. Originally, the Great Pyramid was covered by casing stones that formed a smooth outer surface which would have shone like a bright mirror from hundreds of miles away (what is seen today is the underlying core structure; some of the casing stones that once covered the structure can still be seen around the base).  The bulk of these polished casing stones were pilfered through the centuries and incorporated into the buildings of Cairo. There have been varying scientific and alternative theories about the Great Pyramid’s construction techniques. Most accepted construction hypotheses are based on the idea that it was built by moving huge stones from a quarry and dragging and lifting them into place. To learn more about the Great Pyramid of Cheops, CLICK HERE. 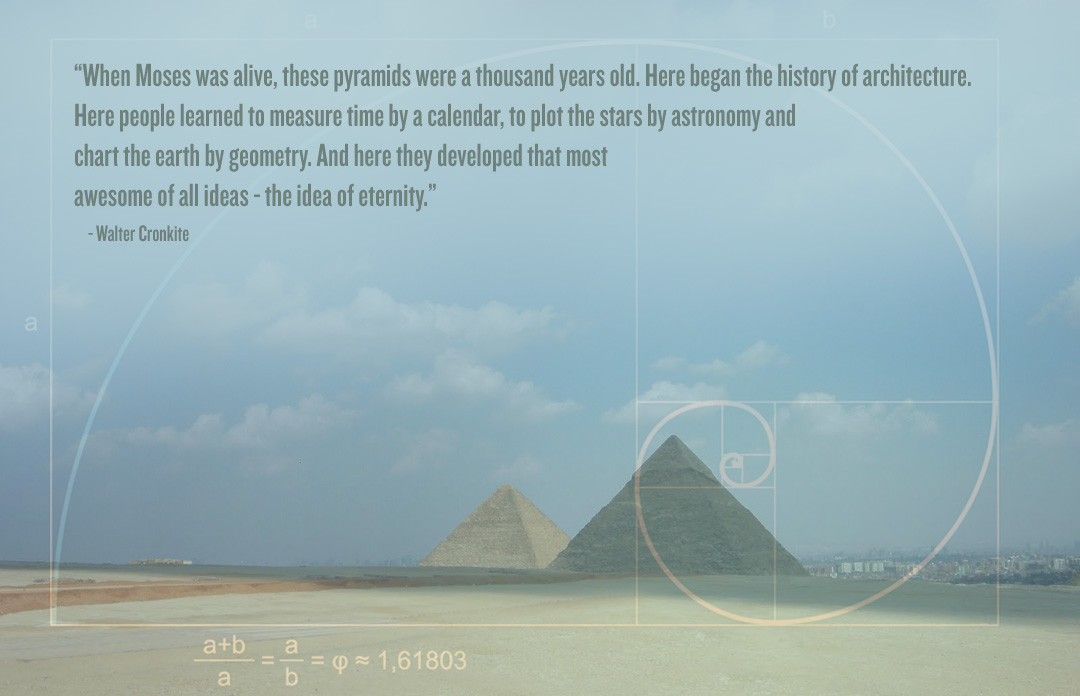