Obama Meets The Texas Version Of The Chicken Lady

I nearly pissed myself when I came across this photo of one of President Obama’s biggest fans. While at a recent Democratic National Committee event in Austin, Texas, Obama shook a few hands and likely didn’t even notice this crazed “I Want To Chew Off Your Face Chicken Style” fan while he was saying hello, but photography has a certain knack for freezing people’s expressions in a way that can haunt them for the rest of their lives, and this anonymous Texan man is no exception. The first thing I thought of when I saw his crazed face was The Chicken Lady character from Kids In The Hall played by Kevin McDonald.  This fan clearly looks like he’s a few feather’s short of a full coat. 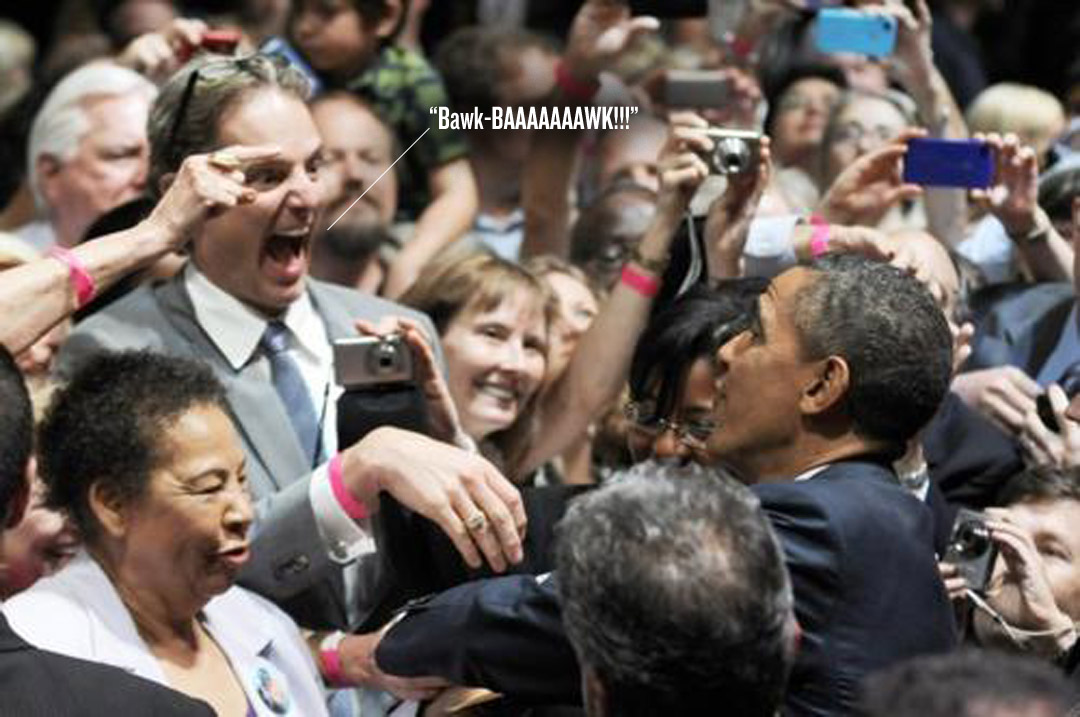