Renegade Violinist Hahn Bin Is The Future Of Classical Music

Hahn Bin (born in 1988 in Seoul, South Korea) began his violin studies at age five and won a top prize at the Korea Times Competition the same year. By age ten he had made his orchestral debut with the Seoul Philharmonic Orchestra and performed in several major concert halls in Korea. In 1999, at age 11, he moved to Los Angeles to study with Robert Lipsett at the Colburn School and made his international debut at the 42nd Grammy Awards’ Salute to Classical Music honoring the legendary Isaac Stern.  It was this performance that caught the eye of the world’s elite classical music icons, and a series of engagements with major American orchestras soon followed. Hahn Bin became the recipient of a $3.5 million dollar Giuseppe Guarneri del Gesu from the Stradivari Society of Chicago in 2000 at age 14, and he made his European debut at age 16 performing the Sibelius violin concerto with Landesjugendorchester Rheinland-Pfalz conducted by Klaus Arp, and he also recorded works by Arvo Pärt, Francis Poulenc, and Leoš Janáček for his debut album HAZE the same year (released to massive critical acclaim in 2005). Hahn Bin made his Paris debut at the Louvre in 2008, followed by his Australian debut with the Queensland Orchestra in Brisbane.

Hahn Bin began his intensive studies with Itzhak Perlman at the Perlman Music Program in 2002, and studied with both Perlman and Catherine Cho at The Juilliard School. In January of 2009, he won First Prize at the 2008-09 Young Concert Artists International Auditions in New York. In August 2009 he received international press when he accidentally left his Pressenda violin, estimated to be worth $500,000, in a New York taxi cab, only to be returned to him through GPS technology 15 hours later.

If you watch the interview below you will get a great understanding of exactly why this young performer is so important.  I would even go as far as putting him at the same level as Maria Callas, a performer who redefined the role of the opera singer with her unprecedented gift of breathing life into her characters unlike anyone had ever done before.  Hahn Bin is not only a gifted musician, but he provides exactly the fresh new access and insight into classical music that so many people have been waiting so long for. 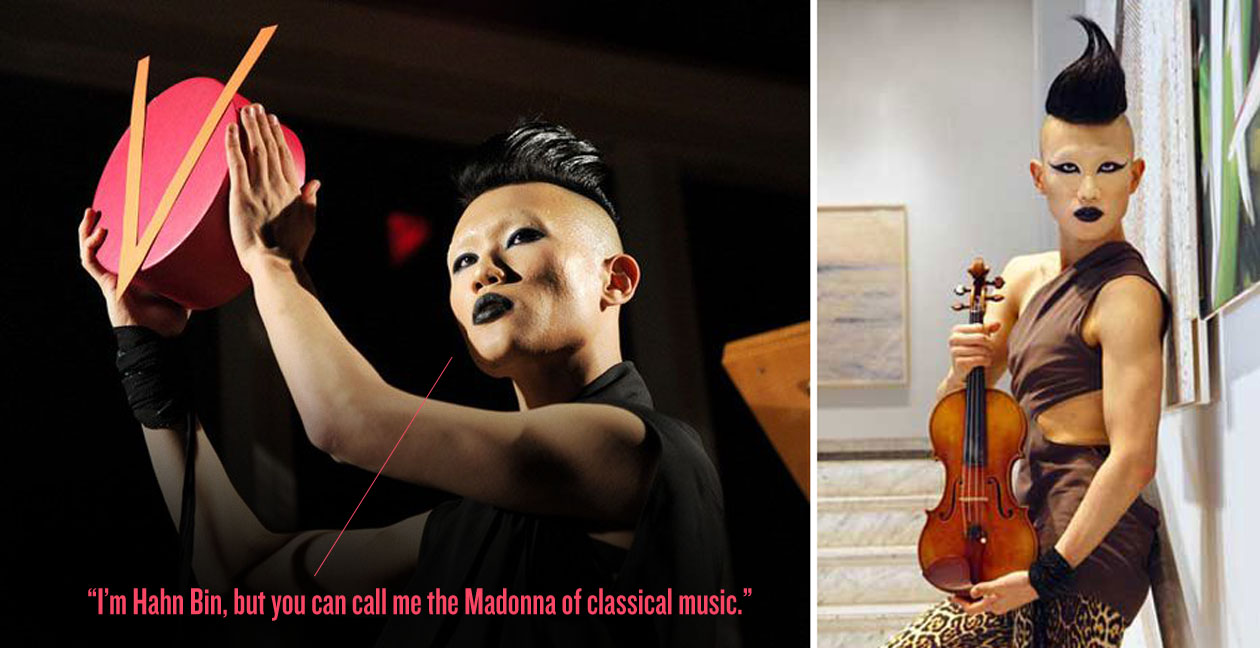