Did You Know: The Amazing History Of Coffee

It’s 8am and I find myself sipping on my second cup of Maxwell House as I watch The TODAY Show and do my FEELguide morning updates. Just like every morning, I’m enjoying that familiar vibrating, energizing boost that reminds me I’m alive. Today is a particularly average day but there are some days, however, when I can’t shake the feeling that if it wasn’t for my cups of joe I wouldn’t be able to survive. And I’m not the only one: coffee has become an essential part of billions of people’s lives around the world, and it has played a fundamental role in the advancement of our civilization.

Coffee beans are found in coffee cherries, which grow on trees in over 70 countries, cultivated primarily in Latin America, Southeast Asia, and Africa, and is one of the most traded commodities in the universe. The energizing effect of the coffee bean plant is thought to have been discovered in the northeast region of Ethiopia, and the cultivation of coffee first expanded in the Arab world. The earliest credible evidence of coffee drinking appears in the mid-1400s, in the Sufi monasteries of Yemen in southern Arabia. From the Muslim world, coffee spread to Italy in 1645, then to the rest of Europe, to Indonesia, and eventually to the Americas. In East Africa and Yemen, it was used in religious ceremonies, and as a result, the Ethiopian Church banned its secular consumption, a ban in effect until the reign of Emperor Menelik II of Ethiopia in the late 1800s. It was also banned in Ottoman Turkey during the 1600s for political reasons, and was associated with rebellious political activities in Europe. The very first coffee houses opened around 1512-1524 and the 17th century French traveler Jean Chardin gave a lively description of the Persian coffeehouse scene:

“People engage in conversation, for it is there that news is communicated and where those interested in politics criticize the government in all freedom and without being fearful, since the government does not heed what the people say. Innocent games… resembling checkers, hopscotch, and chess, are played. In addition, mollas, dervishes, and poets take turns telling stories in verse or in prose. The narrations by the mollas and the dervishes are moral lessons, like our sermons, but it is not considered scandalous not to pay attention to them. No one is forced to give up his game or his conversation because of it. A molla will stand up in the middle, or at one end of the qahveh-khaneh, and begin to preach in a loud voice, or a dervish enters all of a sudden, and chastises the assembled on the vanity of the world and its material goods. It often happens that two or three people talk at the same time, one on one side, the other on theopposite, and sometimes one will be a preacher and the other a storyteller.”

Coffee’s explosion in North America began with the rush of immigration in the late 1800s and early 1900s. Up until the 1960s, coffeehouses were found almost entirely in the espresso- and pastry-centered Italian cafés throughout the “Little Italies” of the continent’s major cities such as New York, Montreal, Chicago, and Boston. The revival of folk music in the 1950s saw the popping-up of coffeehouses in other areas of major city boroughs such as Greenwich Village in New York. Coffeehouses became an essential part of the Beat Generation of 1950s San Francisco, and as the youth culture of the 1960s evolved, non-Italians consciously copied these coffeehouses. The political nature of much of 1960s folk music made the music a natural tie-in with coffeehouses with their association with political action (a number of well known performers like Joan Baez and Bob Dylan began their careers performing in coffeehouses). Coffee “shops” were relatively non-existent at a large scale prior to 1990, and gained explosive appeal when Seattle-based Starbucks Coffee (est. 1971) began opening coffee shops across America. Canada’s first major coffee shop franchise was Second Cup (est. 1974), which has since been eclipsed by Tim Horton’s, now the largest food service provider in the country, surpassing even McDonald’s.

The first reference to “coffee” in the English language, in the form chaoua, dates to 1598. In English and other European languages, coffee derives from the Ottoman Turkish kahve, via the Italian caffè. The Turkish word in turn was borrowed from the Arabic قهوة‎ (qahwah). Arab lexicographers maintain that qahwah originally referred to a type of wine, and gave its etymology, in turn, to the verb qahiya, signifying “to have no appetite”, since the drink was thought to dull one’s hunger. Several alternative etymologies exist that hold that the Arab form may disguise a loanword from an Ethiopian or African source, suggesting Kaffa, the area in southwestern Ethiopia where the plant is indigenous.

The bulk of scientific research on coffee’s effect on the human body is overwhelmingly positive. Coffee consumption reduces the risk of being affected by Alzheimer’s disease, Parkinson’s disease, heart disease, cirrhosis of the liver, and gout. A longitudinal study in 2009 showed that those who consumed a moderate amount of coffee or tea (3–5 cups per day) at midlife were less likely to develop dementia and Alzheimer’s disease in late-life compared with those who drank little coffee or avoided it altogether. Coffee also has major benefits regarding type-2 diabetes, although interestingly enough the beneficial effects are not due to its caffeine content, as the positive effects of consumption are greater in those who drink decaffeinated coffee. The presence of antioxidants in coffee has been shown to prevent free radicals from causing cell damage. A recent study showed that roast coffee (high in lipophilic antioxidants and chlorogenic acid lactones) protected primary neuronal cell cultures against hydrogen peroxide-induced cell death. Coffee is no longer thought to be a risk factor for coronary heart disease, and has been proven to have zero relation to cancer of any kind.  If taken in excess (i.e. more than 3-5 cups/day) it can cause acid reflux and related stomach problems. The history of coffee is quite amazing, when you think about how long coffee has been around for. But today with coffee brands like Kenco, Kimbo coffee, and Lavazza have really changed the game in recent years. (The video love letter to coffee below entitled “Green Bean” is courtesy of the Hybrid Media Company).

SEE ALSO: Did You Know: The Regeneration Speeds Of The Human Body 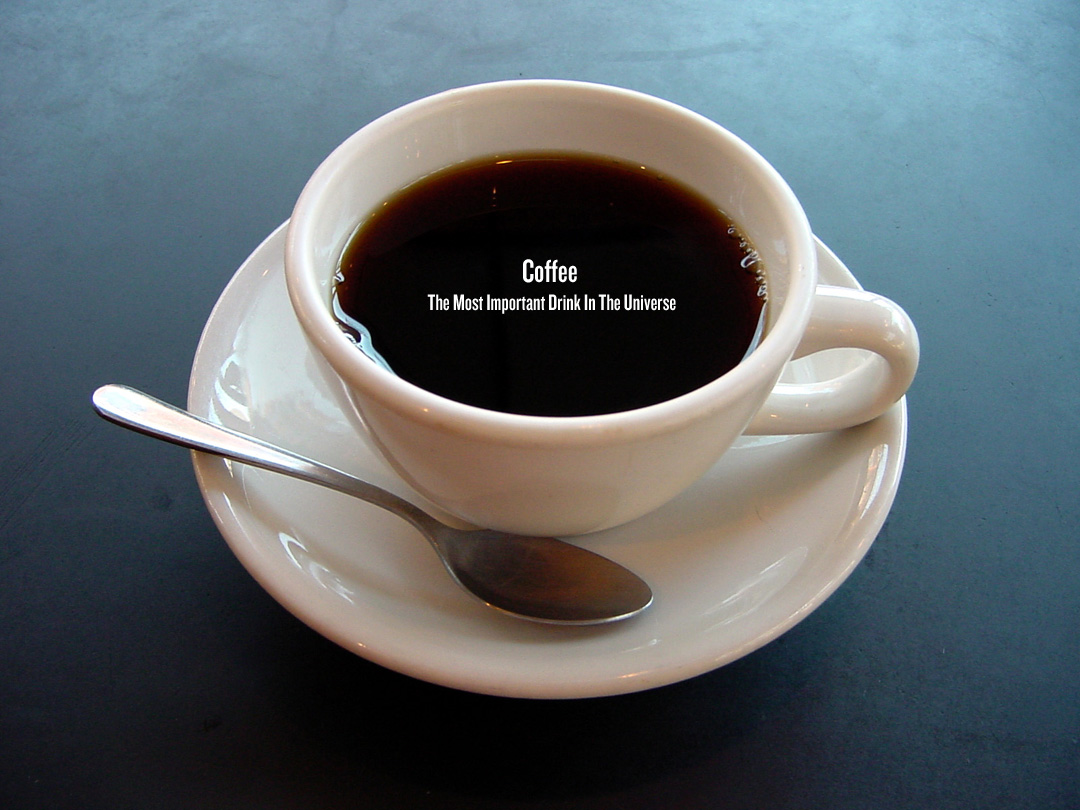 Previous post:
“Catfish” Directors Have Signed On To Helm “Paranormal Activity 3” (Translation: I’m Already Shitting My Pants) Next Post:
The “Casa en Melides” In Melides, Portugal Makes My Own Melides All Warm And Tingly