Is Commodities Giant Glencore™ About To Create The World’s Six Newest Billionaires?

Forbes is reporting today that Glencore (the ginormongous Swiss company that ranks as one of the world’s largest suppliers of commodities and raw materials) is about to go public.  Their reporters are coming through the 1,600-page prospectus at this very second and will report on any other juicy tidbits they uncover, but here’s what they know so far:

Glencore was founded in 1974 and is headquartered in Baar, Switzerland.  In 2010 its annual revenue was $144.9 billion, and its overall assets were pegged at $79.8 billion.  To read the more detailed profiles of each of these men you can get the full story at Forbes. To learn more about Glencore you can visit Glencore.com. If you would like to help FEELguide reach an annual revenue of $144.9 billion feel free to donate your millions to this address: feelguide@gmail.com. 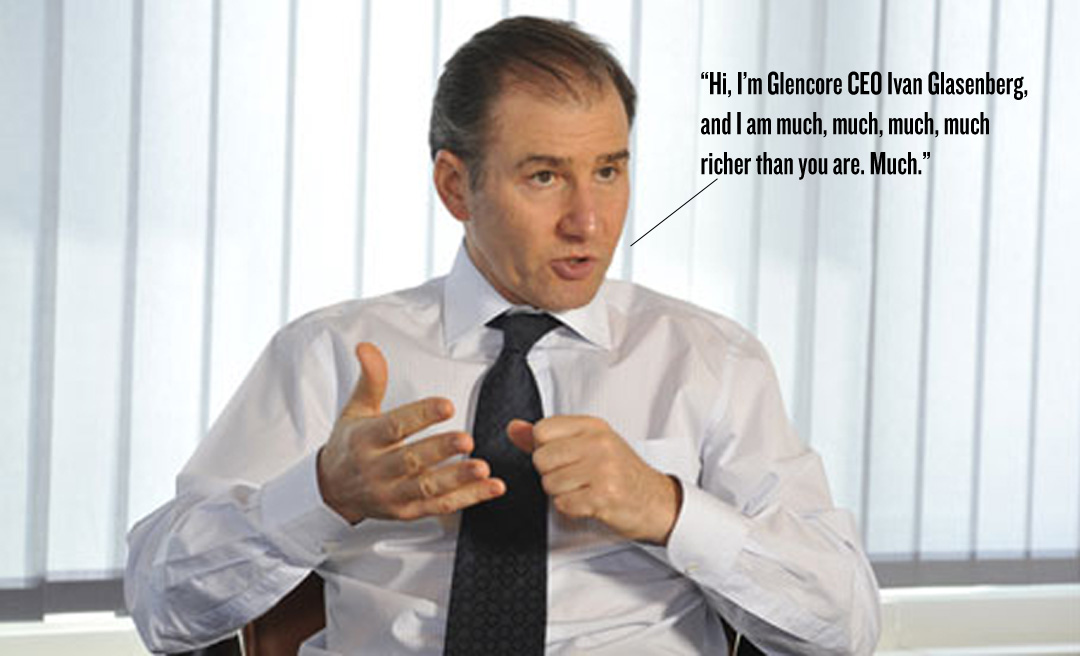