The White House released eight photos taken throughout Sunday May 1, 2011 giving an inside glimpse of one of President Obama’s most historic days in office: the day Osama bin Laden was found and killed.  Perhaps the most powerful picture is the one shown below.  Obama and his security team are captured in this image in deep concentration as they watch the raid live:

The most remarkable image shows a steely-faced President Obama and Vice President Joe Biden, along with members of the national security team crammed into the room and trailing out the doorway, listening to or watching something. Secretary of State Clinton is covering her mouth and she stares on. Classified documents (obscured) are strewn across the table. 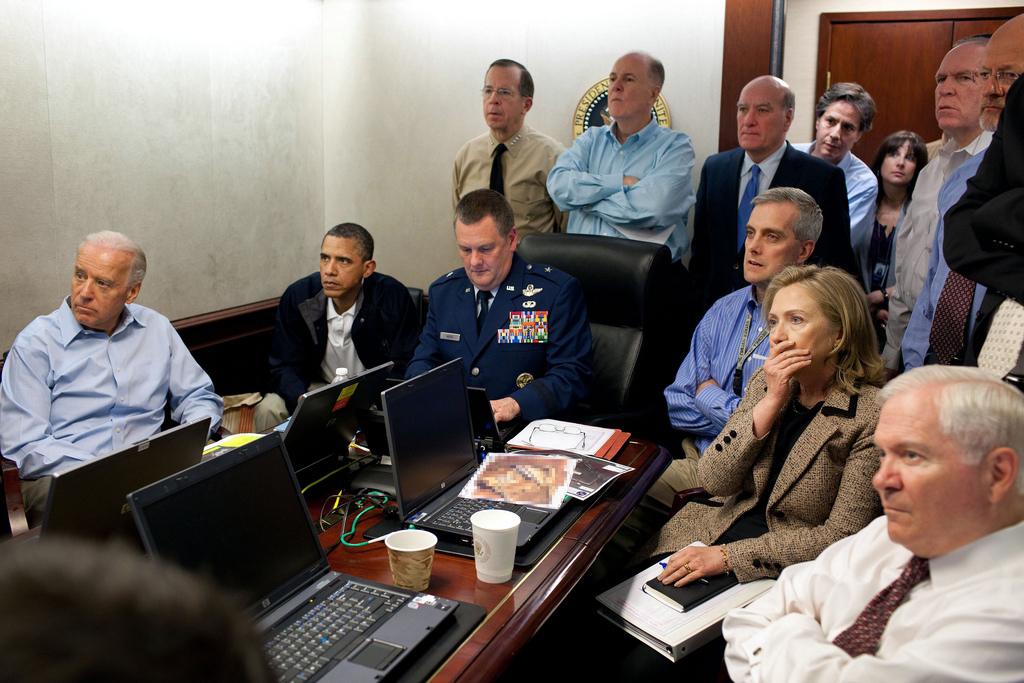 Previous post:
Navy SEALS Rehearsed In Full-Scale Replica Of Bin Laden’s Compound And The Breakdown Of How The Raid Played Out Next Post:
Banner Photo #33