My newest, mostest favoritest art collective is Dorothy™ based in Manchester, England.  Self-labelled as “a collective of like-minded people working on unlike-minded ideas,” they have been gathering some major attention through the years having won Design Week, D&AD, and The New York Festival.  Their piece entitled “Casualties Of War” is what caught my eye this morning with its powerful use of 7cm-tall toy soldiers to communicate the horrors that await our brave men and women when they return home.  Here’s an abstract:

“The hell of war comes home. In July 2009 Colorado Springs Gazettea published a two-part series entitled “Casualties of War”. The articles focused on a single battalion based at Fort Carson in Colorado Springs, who since returning from duty in Iraq had been involved in brawls, beatings, rapes, drunk driving, drug deals, domestic violence, shootings, stabbings, kidnapping and suicides. Returning soldiers were committing murder at a rate 20 times greater than other young American males. A seperate investiagtion into the high suicide rate among veterans published in the New York Times in October 2010 revealed that three times as many California veterans and active service members were dying soon after returning home than those being killed in Iraq and Afghanistan combined. We hear little about the personal hell soldiers live through after returning home.”

“Casualties Of War” is a terrific reminder of how our society burns the heroic mythology of the soldier’s life into the minds of our children from day one, lures them into this lifestyle, and then treats them like outcasts the second they show one sign of poor mental or physical health.  Perhaps if we raise our children with a more honest and realistic concept of the soldier mythology the fall from this impossible superhero “GIJOE” ideology might be less severe and less painful when these millions of men and women have to return home.  To learn more about this collective visit WeAreDorothy.com. 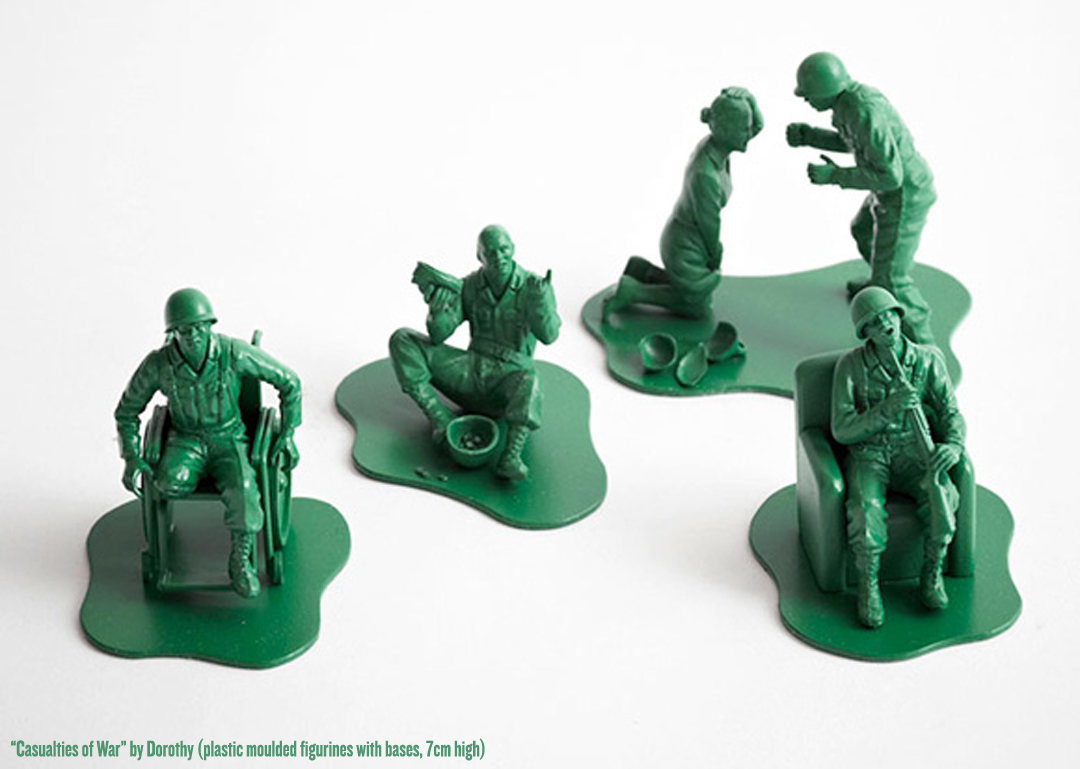 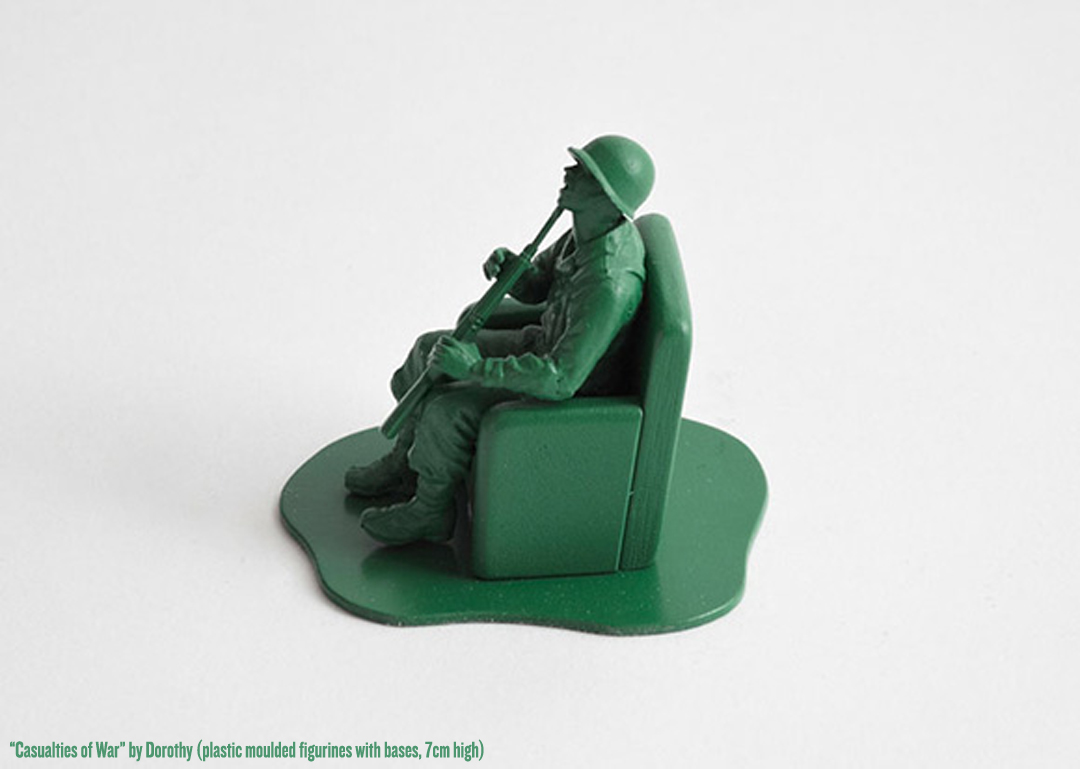 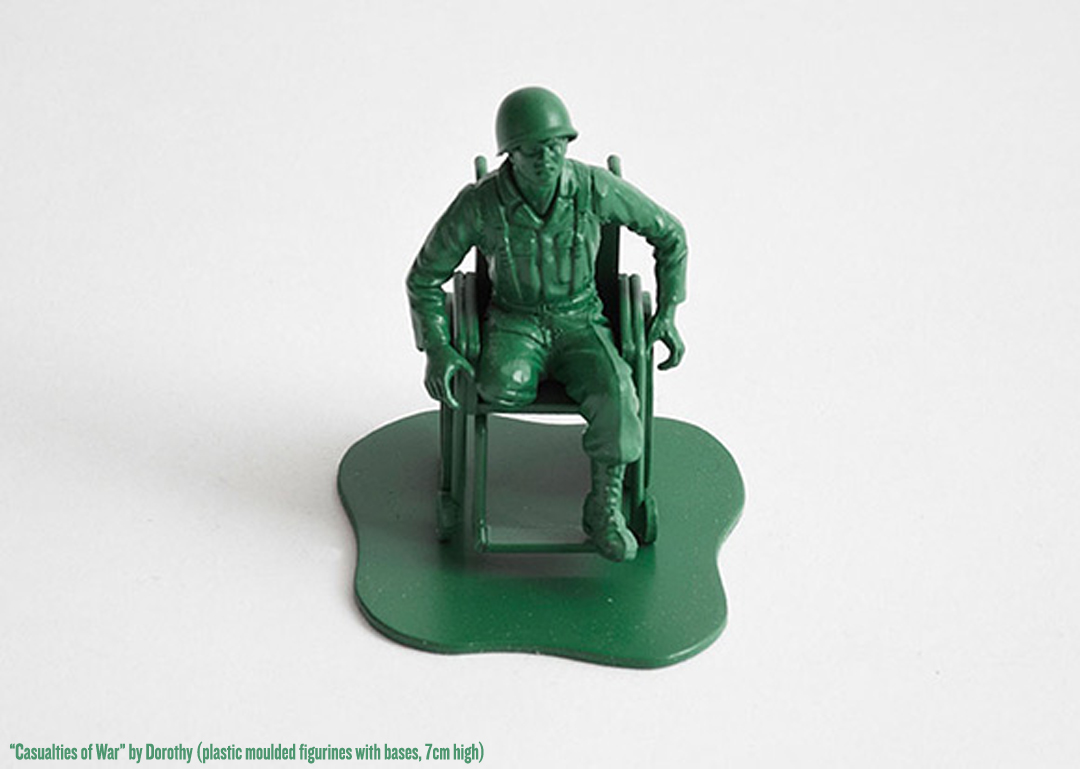