The Wall Street Journal published this intense photograph last night showing just how close Manhattan came to witnessing a tornado yesterday.  The massive storm system that is ravaging parts of the central United States is so vast it stretches from the Gulf Of Mexico right up to here in Montreal where yesterday I saw steel flag poles bending like blades of grass.  There were moments when the wind gusts were so strong I felt if I had jumped in the air I would have been blown 50-feet.  The clouds were ominous here as well, but this Donnie Darko-style image over the skies of Manhattan can’t be matched.  Here’s what the WSJ had to say:

With weather officials sounding the all-clear Thursday afternoon, Greater New York emerged undamaged from the  historic tornado outbreak that has afflicted nearly half the nation and rendered this month the most tornadically active April in U.S. history. Funnel clouds made their closest brush with New York City since striking Brooklyn and Queens last September, with a trained weather spotter observing three in short succession near Wayne, N.J., at about 12:15 p.m. Thursday. At one point, six counties in the region were under a tornado warning. Radar imagery at that time confirms a significant threat, with Doppler wind estimates in excess of 70 mph. There were several reports of downed trees Thursday, but none of damaged houses — unlike Wednesday’s tornadoes in upstate New York.

To read the full story you can visit The Wall Street Journal. 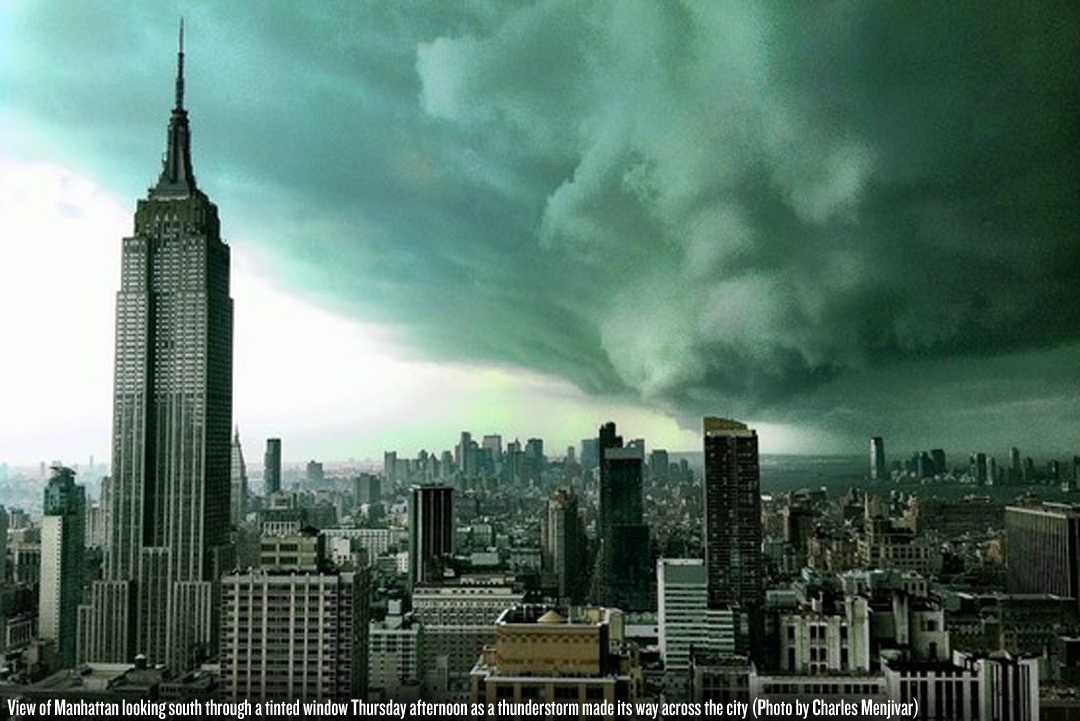 Previous post:
“Sympathy For The Devil” Art Collection Celebrates The Beauty Of Evil And The Attraction Of Hell Next Post:
“The Batman Complex” Mixes “INCEPTION” With Paranoid Schizophrenia In Brilliant Faux Trailer