Merlin Dean Mann III (born November 26, 1966) writes the blog 43 Folders , contributes to Kung Fu Grippe, and is one of the brains behind the podcast You Look Nice Today, a comedy podcast that bills itself as “a journal of emotional hygiene” (on 43 Folders, Mann has written: “Don’t tell anyone, but ‘You Look Nice Today’ is my favorite thing I do.”)  Merlin was recently invited to speak at the Webstock conference in New Zealand and he chose to speak about the subject of fear.  The title he chose for his speech was “Scared Shitless” and it is probably going to go viral in a major way, but I enjoyed listening to him so much I wanted to encourage its spread around the world.  A really great way to spend 30 minutes (although you won’t be missing much if you skip ahead to the 5:00 mark if you’re pressed for time). 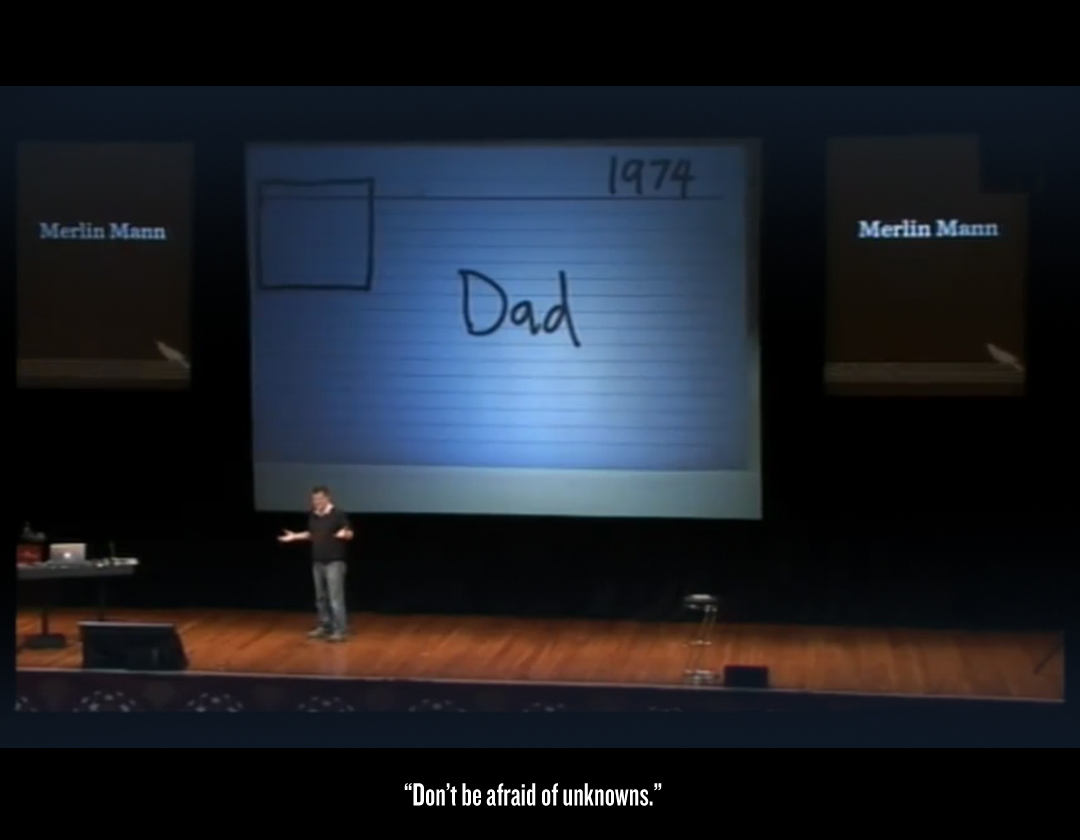 Previous post:
Grab A Glass Of Wine, Breathe Deeply, And Listen To Marjan Mozetich’s “Affairs Of The Heart” Next Post:
The Pavlovian Mouse: Growing Consensus Among Leading Experts That Addiction Is A Learning And Memory Disorder